Fantasy football is starting to heat up and players are putting together their teams. If you're looking for a breakout player, Sanu might be one of your biggest sleepers.

Picking a fantasy breakout player is a simple proposition. Anyone, save for the superstars in the game, is eligible. The question that must be answered first is whether or not you're including rookies. Giovani Bernard and Tyler Eifert are obvious proposals, but let's face facts. They're rookies. Talented, sweet-loving rookies that sustain Cincinnati's character of thinking long-term while winning today. Breakout players? Absolutely. But let's not Ryan Braun this thing.

That being said, it's hard to disregard wide receiver Mohamed Sanu. Of all the Bengals with the proven ability to play in the NFL not named A.J. Green, Sanu generates the type of buzz for one reason.

He knows how to produce in the red zone.

When the Bengals finally turned to Sanu against Pittsburgh (largely because Marvin Jones got injured in that game), Andy Dalton finally realized a partnership. In the final three games that Sanu played prior to his season-ending injury, Sanu caught 11 passes. Four were touchdowns. And during those three games, the Bengals dominated the opposition by outscoring the Giants, Chiefs and Raiders by an average three touchdowns.

Alright. So it's the Giants, Chiefs, and Raiders. Yet, if the Bengals would have lost any of those games, their postseason would have been in serious jeopardy. Plus, when Sanu went down during practice prior to week 13, the Bengals failed to reach the 30-point milestone in five of the final six games (Eagles).

Sanu is a versatile sure-handed receiver. He'll be one of the top three receivers on the field, and you have to figure that when the Bengals need a critical first down, or when they're in the end zone, the second-year receiver will use his body to shield the defender for a slant or make an amazing touchdown like he did against the Titans. 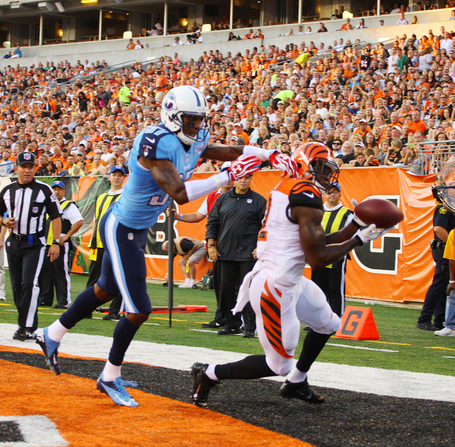 Oh, and he throws 73-yard touchdowns. 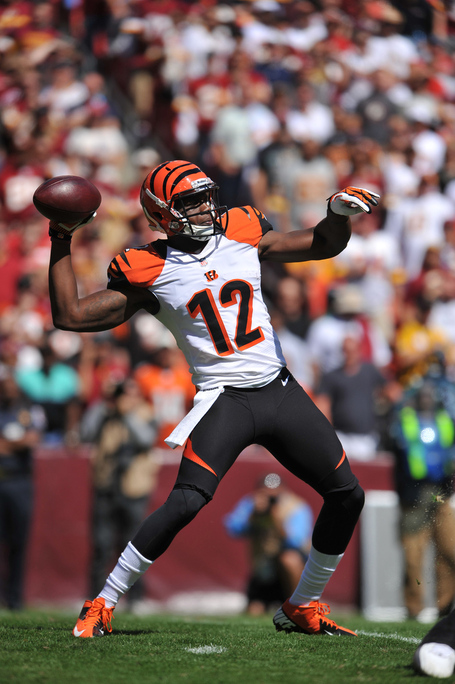