Waking up Labor Day morning to enjoy the third day of a three-day weekend, we didn't expect much to happen on Monday. Instead, the Cincinnati Bengals signed Geno Atkins to a five-year extension worth $55 million. Courtesy of the Bengals.com twitter account: 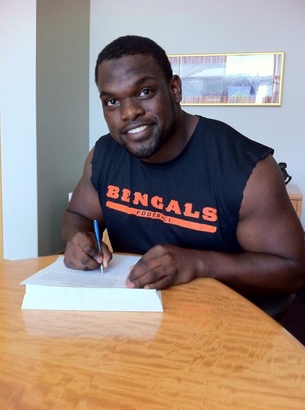 The team announced Monday afternoon that the day is official.

"Geno has been a wonderful player for us, and we are excited to be able to reward his high level of play and to secure his future here in Cincinnati," said Katie Blackburn, Bengals executive vice-president. "Geno is a special asset – a great person as well as an exceptional player – and we want to continue investing in players that play at a high level and help us win."

"Geno’s extension is exciting news," said Bengals head coach Marvin Lewis. "It puts the issue of his future behind him and the club and allows his focus to be on football and on a great start to our season."