One of my favorite aspects of being a huge sports fan is the smack talk that accompanies the game. This week I let you know my top 10 reasons to hate Chicago and hopefully fuel your fire to root for the Bengals that much harder on Sunday.

While we are not division rivals or even in the same conference, there are still plenty of reasons that Bengals fans should hate the city of Chicago. Here are 10...

1. The 1985 Bears - This is arguably one of the greatest NFL teams ever and Chicago fans have no qualms in telling you about it. Jim McMahon, William "Refrigerator" Perry, Walter Payton and Willie Gault all were outstanding players for that team. However the lasting memory is of the Super Bowl Shuffle and some of the worst lyrics that rival that of modern day Mozart's like Ke$ha...

"I may be large, but I'm no dumb cookie.
You've seen me hit, you've seen me run,
When I kick and pass, we'll have more fun."

2. Soldier Field - What once used to be a historic landmark in the city of Chicago now looks like a cross between a dilapidated building and a wrecked space ship. Only in Chicago could you convince the public to spend 650 million dollars to "renovate" a stadium and lose 5,000 seats. This makes the new Soldier Field the smallest NFL stadium and an eyesore along the shore of the only good part of the city of Chicago. 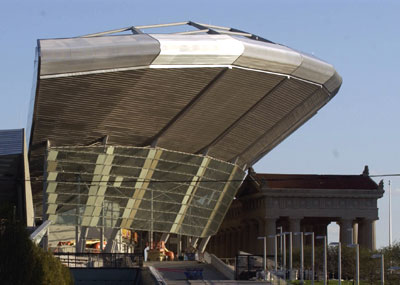 3. Michigan Avenue - The "Magnificent Mile" as it is known is nothing of the sort. Tell me what is magnificent about a tourist trap of boutique shops that charge $1900.00 for a pair of socks? If you find yourself trying to drive down the road you can go faster then 2mph for fear of hitting some moronic tourist taking pictures of the Tribune Tower. 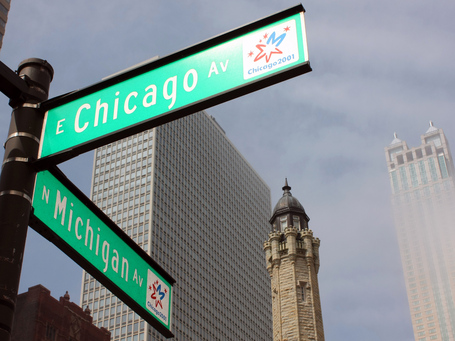 4. The Cubs - As a team I have nothing against the Cubs. They are a perpetual bottom dwelling team that does not know how to win. What I do have a problem with is Cubs fans. Cubs fans are to baseball as Steeler fans are to football. They are everywhere. What makes these fans so annoying is they have no knowledge of the cubs or in some cases the game of baseball. Wrigleyville has become more famous for the party than it is for the historic Wrigley field. Just because you and your frat brothers once had an Old Style at the Cubby Bear does not mean that you are a die hard Cubs fan. There is no need for you to show up to a Tuesday night baseball game in your home town of Milwaukee, Wisconsin decked in your blue an red to root on a team that is currently 74 games under .500 because you once had an awesome weekend in Chicago. 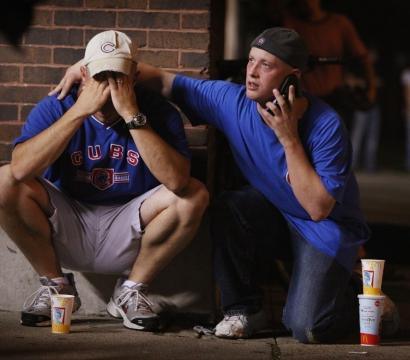 5. Chicago - I could tell you about the high crime rate or how you are more likely to catch a stray bullet than enjoy the cool lake air but I will leave it to the Natives to let you know about the city. The meaning of Chicago when translated in some Native American dialect is "land of stinky onions". What does it say about the city when the stench was there before the population?

6. Marc Trestman - Forget for a moment that Trestman is probably in over his head. A CFL coach that instantly jumps to the top of the Bears organization is basically set up to fail. Trestman, I am sure, has full confidence in himself. He authored a book called "Perseverance" which is filled with former players and coaches telling quotes about how great he is. It is probably a good setup for his next two books called "In too deep" the story of a coach that bit off more than he can chew in one season in the NFL, or "Exposed", A detailing of the total dismantling of an NFL football team by the Cincinnati Bengals. 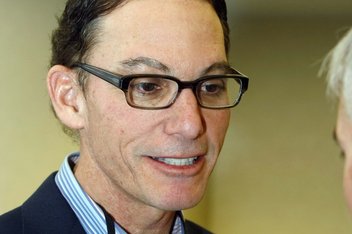 7. Bottled Water Tax - Please explain to me why taxing a bottle of water is a good idea? The City of Chicago puts a 5 cent bounty on all bottled water sales. Let's look closer:

1.In general, all brands of non carbonated bottled water intended for human consumption.

1. Any beverage that qualifies as a "Soft Drink".

9. Mineral water (as defined by the FDA)

11. Other products similar to those listed above due to carbonation and/or other features such as

12. Water provided by home or business water delivery services, where the water is delivered in a

reusable container that is not sold with the water.

What civic genius thinks it is a better idea to impose a tax on the healthiest beverage you could choose to consume? So while the City of New York decides to limit the amount of soft drinks the citizens can drink, Chicago decides to make it a more economical decision to choose a beverage that is unhealthy.

8. Da Bears - Saturday Night Live did a skit that in essence was a jab at the Bears fan. In the skit Fat middle aged men ate too much, drank too much and worshiped the Bears too much. To Bears fans the part about them being made fun of was a joke. They celebrate that they are a joke and embrace the stereotype. Thus in any given conversation with a group of Bears fans you need to hear about Ditka and Da Bears. 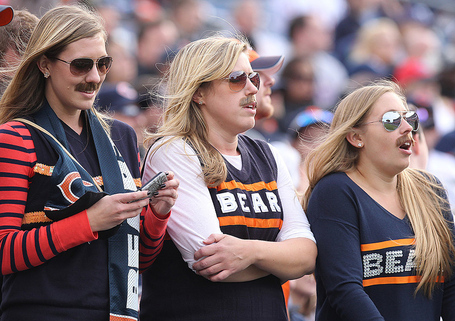 9. Parking in winter - Nothing says civic unity like looking down a snow covered street at a bunch of lawn furniture. You see, there are a couple different kind of neighbors in Chicago. There is the neighbor that shovels out their own car and then covers their spot with a wicker chair, and then there is the A-Hole that steals the spot. In Cincinnati if you leave that much furniture in the road, some moron in a truck is going to swing by and try and sell it at traders world. In Chicago it is the way they hold their parking spots. 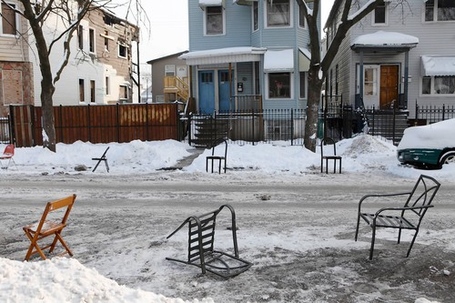 10. Mike Ditka - Chicago fans have painted Mike Ditka in such a light that you would think he was a saint. Early we mentioned just how good the 1985 team was. This didn't happen over night. Ditka had 4 hall of fame players on the team for some time and was able to only win 1 championship. This is the same moron that traded all his draft picks for Ricky Williams. 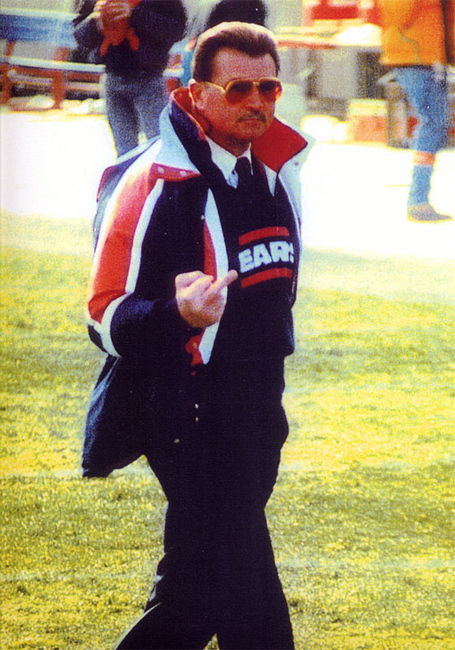