The same perceptions remain. Jermaine Gresham drops the football, fumbles it and causes way too many penalties to be considered a benefit to Cincinnati's wildly inconsistent offense. Two of those three remain in a constant state of reality while the third is added generically because of a critical moment but doesn't characterize the season as a whole.

In 2013, Gresham set a career-high with 11 penalties (including four offensive holds and four false starts) while also setting a career-high in fumbles (3). And he did this playing 14 games (tied a career-low) while only generating 46 receptions, 458 yards receiving and four touchdowns (all career-lows).

Its not that 2013 was a bad season for Gresham -- more like a shadow of a thought that would surface from time to time.

With the acquisition of Tyler Eifert, the declining numbers make sense. But the mistakes, the mental errors, are consistently causing headaches with Cincinnati's ambitious design to find positive growth.

On the other hand, the biggest misconception are the drops. Gresham dropped three "catchable" balls this season (for a drop rate of 6.12), which is, by far, his greatest season.

If Cincinnati were facing a salary cap situation, we could argue that Gresham would become a conversation within a front office debate on how to clear space -- especially as Gresham enters a contract year. We're not sure if he'd be worth much on the trade market, and we doubt Cincinnati makes the attempt. If they did, it wouldn't be a surprise. 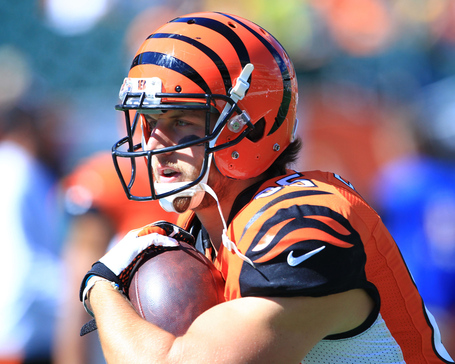 Tyler Eifert left a positive impression on what can be accomplished, leaving the shadow of a massive upward arrow; a preview of a productive career. Yet, he was a victim of circumstance, the Mad Scientist, and Andy Dalton's obsession with A.J. Green, limiting his participation as the season wound down.

In four of the team's first five games, Eifert was targeted five times or more, posting 17 receptions for 212 yards receiving. In the final ten games (Eifert sat against the Ravens after a first-quarter injury against the Vikings), he was targeted five times or more in only once. However, if there were a misconception about Jermaine Gresham's drops, then we'll apply reality to Eifert, who dropped five of 44 catchable passes -- a drop rate of 11.36.

We're not exactly sure how new offensive coordinator Hue Jackson intends to use Eifert, but we'd be shocked if Cincinnati moved away from their traditional two-tight end set that characterized their usual packages earlier in the season. 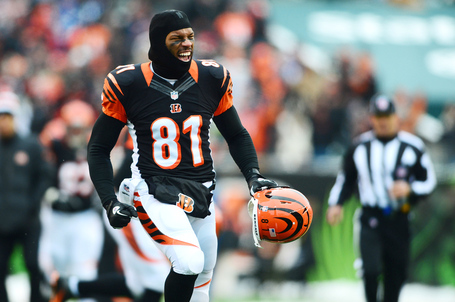 Heading into the offseason as a free agent, Smith appears to be a strong candidate to re-sign at some point. The Bengals liked his versatility as an H-back, a blocking tight end and special teams contributor.

As the season progressed, Smith became the third-most used tight end, if we're including Orson Charles into the discussion. But not just that. Cincinnati would only keep three running backs and five receivers in their active gameday roster, favoring Smith. 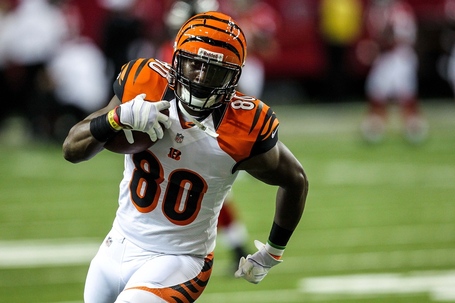 We're classifying Charles as a tight end at this point -- since we're not doing a posting on H-backs and unless we're talking franchise tags, who cares.

Charles figures to stick around, especially with Hue Jackson putting so much work into the H-back last year. Could he replace Smith? Perhaps. But he needs to continue with development.

A free agent signing after Tyler Eifert and Jermaine Gresham were dealing with late-season injuries. Will probably return for training camp competition.