It's true. Andrew Whitworth could be viewed as an offensive guard at this stage, but that's something Cincinnati will have to determine when the chaos of free agency and the NFL draft plays out. If Cincinnati is unable to sign Anthony Collins to a long-term deal within the next 2-3 months, and if Cincinnati doesn't draft an NFL-ready left tackle, Whitworth will start at left tackle. If any of the above scenarios change, he could stick at left guard.

Ultimately, there are too many scenarios, possibilities and variables to adequately suggest one or the other. So we're applying Whitworth as a guard and tackle for the purposes of this series.

Pro Football Focus broke down Whitworth's overall performance at guard and tackle independently. At the end of the season, Whitworth ranked as the league's 13th-best left tackle and the sixth-best overall offensive guard. Keep in mind that PFF grades are an accumulation of scores and not an average -- therefore, if he kept playing all season at left tackle, he'd most likely ranked in the top-five.

Where Whitworth really dominated this year was as a run blocker, scoring higher than as a pass blocker -- he allowed six quarterback sacks in '13. In the end, wherever he plays next season, he'll be the best player at that position. 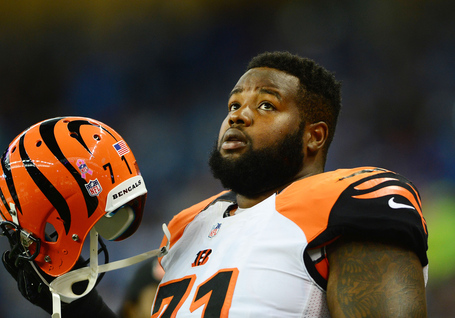 The whole discussion of draft bust is long in our rear-view mirror. And thank god. Smith, who signed a three-year deal during the second day of the 2013 NFL draft, wasn't as strong in 2013 as he was in 2012, scoring well as a strong pass blocker but around average against the run.

Barring any setbacks (aka, injuries), Smith will start at right tackle. 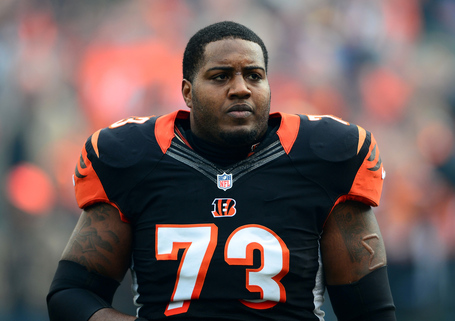 You've heard the numbers (no sacks allowed). You've read the names that he's neutralized (Julius Peppers, Jared Allen, Robert Mathis, among others). A performance like what Collins strung together in 2013 will generate interest among passing teams looking for a solid left tackle.

The Bengals want to work something out but Collins believes he's a starter in the NFL and wants the money associated with that label. And he should. Whether or not the Bengals can, is up for debate. If we inject the word should, then we'd like to see Collins back, even at the money that he could realistically demand. 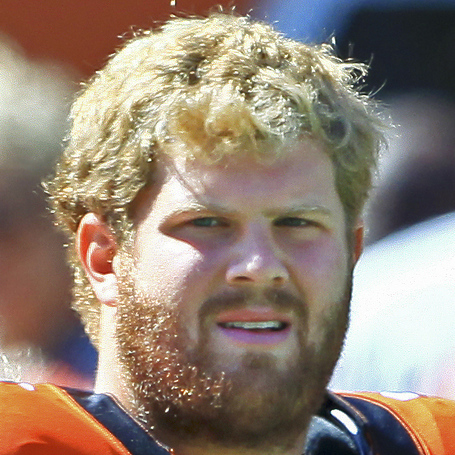 An unknown, having only played five offensive snaps in 2013, Hawkinson is a backup tackle that's versatile enough to play guard. We figure that he'll maintain a backup role at offensive tackle (as opposed to being released) but his opportunities will dissolve if the team continues to evolve the offensive line. Part of his overall development, according to Bengals offensive line coach Paul Alexander, was strength. We'll see how far he's come in the spring.

Hawkinson made his NFL debut in the fourth quarter against the Minnesota Vikings, despite being an active-DNP in five previous games. He was inactive for the other games last season. 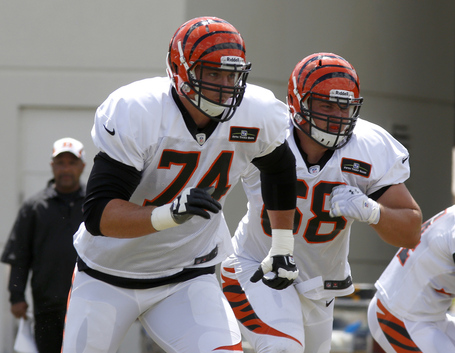 We wouldn't be surprised if the team signed Roland for offseason workouts and as a training camp body. If the team continues to improve their offensive line through the NFL draft and free agency, we don't project Roland making the 53-man roster in early September.

However, like they do with Chris Crocker, Roland will be on the team's speed-dial if injuries impact the position.