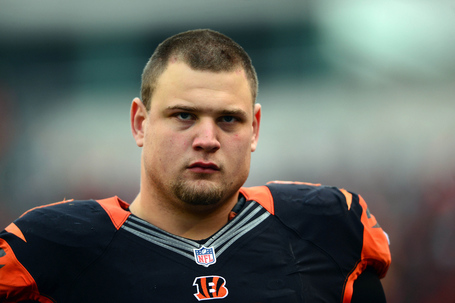 Due to injuries that forced him to miss four games, Zeitler followed up an excellent rookie campaign with a bit of a decline in 2013. His significant struggle against the New York Jets run defense wasn't much of a depression for a solid season as a run blocker but his biggest drop-off was during Cincinnati's pass game.

His pass protection left a lot to be desired -- his performance against the Miami Dolphins was especially bad (allowed the quarterback sack that resulted in a safety and eventual loss). However, an argument could be made that it wasn't so much talent/ability as it was miscommunication on the offensive line.

There's every confidence that Zeitler will return stronger in 2014, continuing to build off his rookie season and leaving last year in the rear-view mirror. 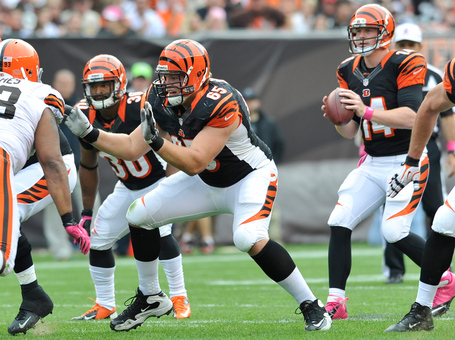 Clint Boling is an enigma to me.

From what we've seen, he's a fine player that's proven capable as an NFL starter. When Travelle Wharton suffered a season-ending injury during the preseason last year, Boling stepped in. Pro Football Focus graded him as one of the league's top offensive guards through the first half of the season (2012) and it appeared that Cincinnati found another gem.

After another strong start in 2013, he fell. In the first six games, Pro Football Focus gave him a +2.4 grade as a run blocker and +9.8 overall. In the final six games (prior to his ACL tear against the San Diego Chargers), PFF gave him a -6.0 run-blocking score and an overall grade of -3.9. On the other hand, during all 13 games in 2013, Boling never allowed a quarterback sack nor a hit on the quarterback -- though he did allow 17 quarterback hurries.

As a result of his struggles, Andrew Whitworth is being considered as the team's starting left guard in 2014, provided they have someone ready to start at left tackle. 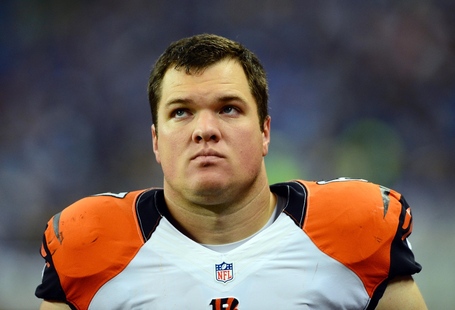 Talk about surprise. When the Cincinnati Bengals signed unrestricted free agent Mike Pollak to one-year deal worth $715,000, he felt like another name in a pool of free agent acquisitions with training camp body designations. Instead, he very capably replaced an injured Kevin Zeitler throughout the second half of the season, starting five games.

According to Pro Football Focus, Pollak played 374 snaps on offense, with 194 on passing downs. He allowed only one quarterback sack and six total pressures. Even though he was average as a run blocker, Pollak is a fantastic backup solution for both right and left guard. Don't be surprised if the Bengals make an effort to bring the unrestricted free agent back. 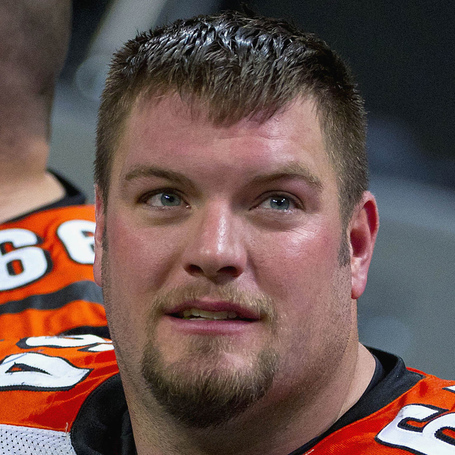 Kyle Cook had a better season in 2013 than he did in 2012, no longer feeling the high-ankle sprain that limited him during the final handful of games. Still, Cook scored negatively with a -3.6 overall PFF grade and -4.4 as a run blocker. His two best seasons came in 2009 and 2010 and he has yet to come close to that level in the past three years.

Cook has a $3.34 million cap number this season and next with a base salary of $2.5 million -- giving rise to the belief that he could be a salary cap casualty (despite the Bengals having over $25 million available under the cap).

Unlike previous seasons, I can foresee the team upsetting the balance with fresh blood from outside of the organization. Free agency? NFL Draft? I highly doubt the former but the latter isn't without its merits.

However, at the end of the day, the Bengals appear headed for more status quo at center. 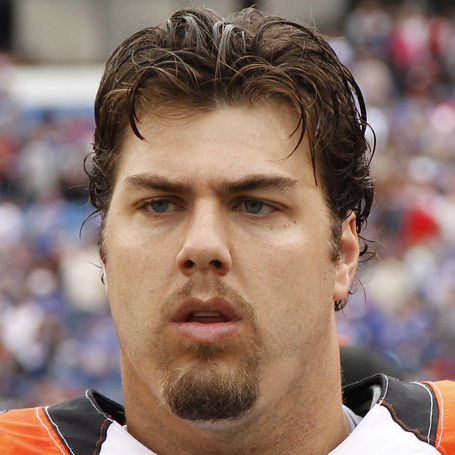 When a backup quarterback outperforms the starter, a quarterback controversy ensues. Cincinnati has had a center controversy for two years; though the application of the arguments are flawed.

After losing Kyle Cook early, and then Jeff Faine, Robinson jumped into the starting lineup and stabilized the team's starting position. More accurately, he played well. Then, when he was capable enough to play, Cook began entering the game and many noted that his production wasn't mirroring Robinson's. Save for the fact that Cook played against tougher competition than Robinson and Cook's ankle never being 100 percent, the generic player-to-player comparison gained steam.

Does that mean Robinson is better than Cook? Of course not -- you wouldn't say one car is faster than the other when the slower car has a flat tire. The greater question to that outdated debate was why the Bengals forced Cook back into the lineup in the first place. Who cares. That's over.

Robinson did get a handful of snaps last year during mop-up duty against the Browns, Vikings and Ravens. He scored poorly with a combined -3.4 overall grade, with five quarterback hurries against the Baltimore Ravens.