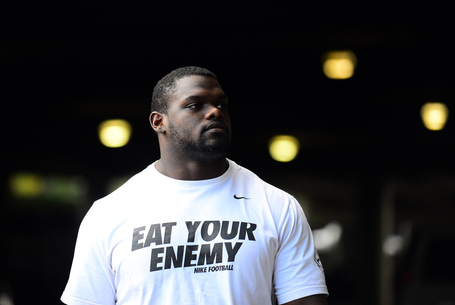 Time stood still on Halloween, 2013. After a ho-hum run between the tackles midway through the second quarter against the Miami Dolphins, all-star defensive tackle Geno Atkins laid on the turf (almost in panic). It was clear that his injury was serious, confirmed later that night to be an ACL. Nine games into the regular season, Atkins' year was over -- NOTE: He still finished third on the team with 6.0 quarterback sacks.

In a report published earlier this month, Bengals.com wrote that Atkins' return for training camp will be a "tight fit". Cincinnati may have to account for Atkins being sidelined at the start of the season -- he's perhaps an early candidate for the Physically Unable to Perform list, which will keep him off the field for the first six weeks.

There's a lot of time remaining before training camp and he could be ready by then; it's unclear where he is right now and how much further he needs to go. At the very least, we should be prepared for some sort of absence early in training camp. 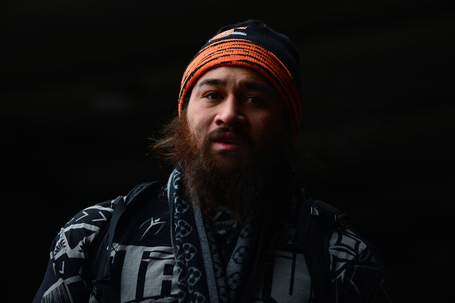 Domata Peko is Cincinnati's anchor on the interior defensive line. A big bowl of awesome that consumes multiple blockers and then unleashes that frustration in spot duty as the team's fullback, Peko is generally not received favorably by Pro Football Focus grading scale. Peko forces the type of production that's never noticeable; only workman-like so that linebackers like Vontaze Burfict can be showered with Pro Bowl recognition.

That being said, Peko finished fifth on the team with 25 stops (constitutes an offensive failure) and recorded a career-high three quarterback sacks in '13.

There's a question regarding Peko's contract this offseason. He has a $4.165 million cap number in '14 and the Bengals wouldn't be penalized at all if they released Peko (they recoup the entire cap number). There is no roster bonus and a $200,000 workout bonus later this offseason. We wouldn't be surprised if the Bengals attempted to re-negotiate Peko's deal and if no agreement is reached, they could release him. 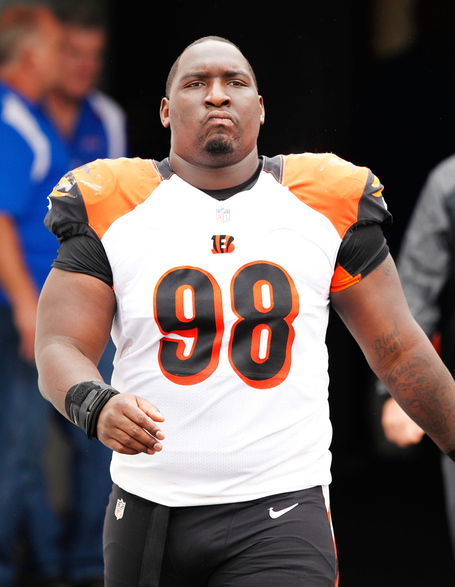 Look at that picture. Angry. Mean. You should see him when he makes a big play. Intimidating.

With Atkins sidelined during the second-half of the season and Devon Still dealing with injuries throughout much of the year, Thompson was promoted as a starting three-technique defensive tackle.

However, Thompson, who only generated nine pressures and 1.5 quarterback sacks, is more suited as a one-technique nose tackle and Peko's natural successor. Figure that, as long as Atkins is ready for the regular season opener in '14, Thompson will return to a nose tackle-like role. If Peko is released during the offseason (read above), figure that Thompson is the early candidate as the team's starting nose tackle. 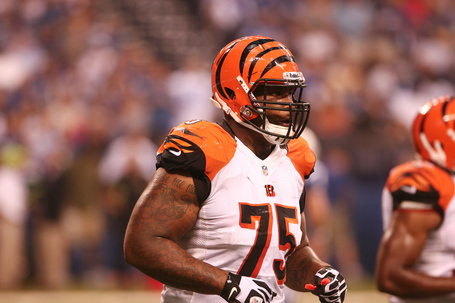 What a wasted opportunity. When Geno Atkins was lost for the season, Devon Still was given a window for elusive playing time as the backup to an All-Pro defensive tackle. Unfortunately, Still missed four games with a dislocated elbow (against the Lions in week seven) and was then placed on Injured Reserve with a herniated disc that he suffered during practice in mid-December.

Still played 132 defensive snaps in '13, with 74 pass rushes -- he generated six pressures and two batted balls. If Atkins isn't ready to go during training camp, figure that Still will have an opportunity with the first-team defense (but the team forcing a position battle between Still and Thompson is likely).

If Reggie Kelly was the heart-breaking Hard Knocks moment in 2009, Larry Black took that honor in 2013 suffering a leg fracture and dislocated ankle during practice on July 31.

The Bengals liked Black well enough to sign him to a three-year deal as an undrafted free agent, but we're not sure if he's a fit unless injuries on the team's depth chart creates an opening. That being said, he'll be in Cincinnati during training camp battling to make impressions.

After having his contract voided by the league (he's Canadian and his work permit had expired after being released from Oakland), the Bengals placed him under contract in mid-November. Bilukidi made his Bengals debut in week 16 (Vikings) and finished the season with two games played and no statistics accumulated.

Cincinnati signed Nwagbuo the day after the regular season finale against the Baltimore Ravens. He hasn't played a regular season game since 2012 (week 16) and even only played one game that year.

Cincinnati signed Minter after their postseason loss to the San Diego Chargers with a Reserve/Futures contract. Most likely, if he performs well during the spring workouts, minicamps, training camp and the preseason, he'd be a strong candidate for the practice squad -- but we'd be willing to give that to Larry Black first.