Cincinnati Bengals defensive coordinator Paul Guenther appeared frustrated when talking about Vontaze Burfict's tackling technique. Because when it comes down to it, he says, it's hurting the team.

His injury situation is understood by Bengals fans, like students in a class that teaches philosophy. Internal questions and comments are spoken, but rarely understood. "Have I had two roads, I would have chosen their third." What does that even mean, Darwish?

The situation with Burfict feels like it's reaching a state of peril. A concussion becomes two concussions. Tackles take longer for him to recover from and he's reached a point where he takes himself out of the game when he's hurt (last year's Burfict would never have let that happen). Only once has Burfict played through the end of a game and he's already sat in two others. It wasn't a concussion that took him out last week... it was a neck injury. A cervical sprain is what Marvin Lewis called it.

This is how he tackles. 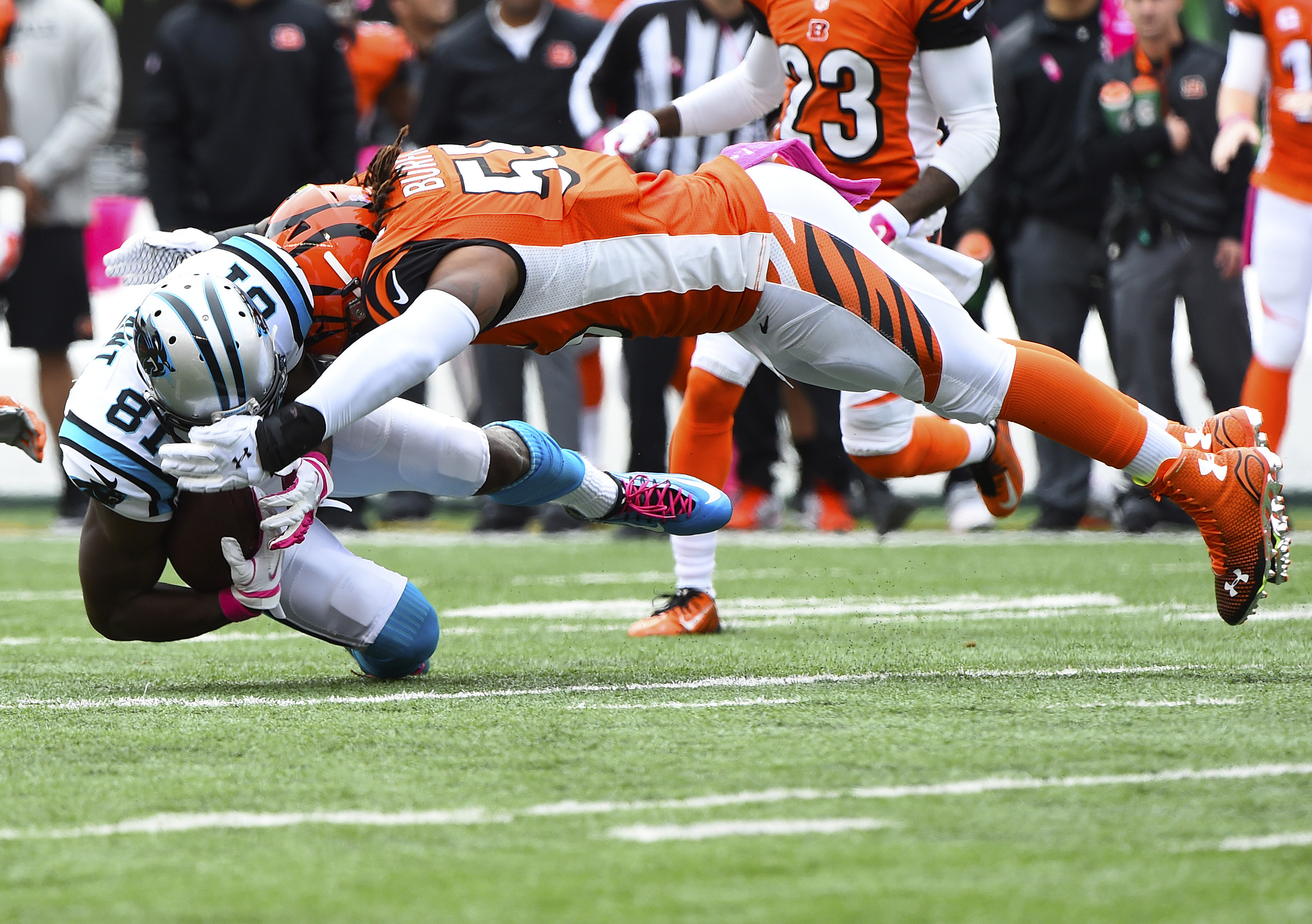 Burfict was limited on Wednesday.

Bengals defensive coordinator Paul Guenther is working with Burfict to change his tackling technique. From Guenther's perspective, and the harsh reality of it is, Burfict's technique is hurting the team... it's taking out the team's best defender.

"I tell him to keep his face up," said a visibly frustrated Guenther on Wednesday. "I tell him he's my quarterback. You tell your quarterback to slide and not get hit. I tell him to keep his head up so he can stay in the game, because when he starts the game and comes out it affects everything. It affects me, it affects the unit, it affects the linebacking crew. So yes, I'm trying to do the best I can with him. Sometimes it's like telling a dog not to eat red meat, but he's got to do it."

Per Coley Harvey with ESPN:

Burfict has been part of 149 snaps this season. After six games last year, he already had 388 plays under his belt. His production in what ended as a Pro Bowl season was much greater too. He had 61 tackles, a sack and an interception by this point in 2013. This season, he has 22 stops.

"He does us no good sitting on the sideline after five snaps every week," Guenther said via ESPN. "It does us no good. It does us more harm than good. So he's got to learn how to do [tackle] better for him and the team and everybody involved."

"Change your throwing motion, change your tackling form, whatever it is, you've got to do it," said Guenther, whose team has gone 0-2-1 since winning its first three games. "It's not the easiest thing, I'll tell you that. But he's got to understand the ramifications of it."