Caption and/or Photoshop this picture! Also, the results for the previous week's contest are in.

This is a photo of Andy Dalton and Hue Jackson near the end of the Titans game.

Please put your submissions in the comments section; you can write based on anything present in the photo and make it as funny as you want, but please stay within reasonable boundaries. I have no problem with multiple submissions from the same person - the more funny posts, the merrier!

You don't have to limit yourself to one sentence - feel free to write multiple sentences, whether you're doing a conversation or simply describing the picture. Also, you can Photoshop the picture if you want. There weren't any particularly funny/captionable photos other than this one. They are clearly watching something take place - what is it? And even though this photo includes only their upper bodies, you can (hint hint) Photoshop in their lower bodies to make them full-bodied humans, or centaurs, or whatever you want.

We've already covered the Ravens and Falcons games (in reverse order). Each week, a contest will be held for a picture from the game the previous Sunday.

I have to give another shout-out to ieatwaffleswithsyrup for his winning post for the Week 2 Falcons contest: 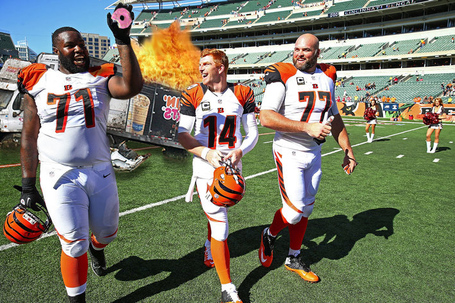 Now, onto the Week 1 Ravens contest (here's the original photo; click to expand): 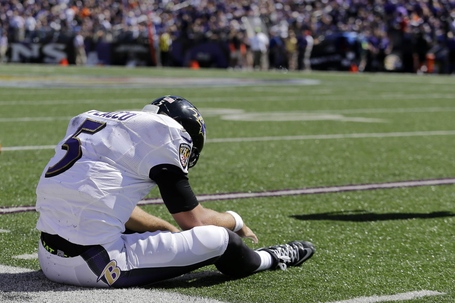 I imagine him holding a toy Luke Skywalker in one hand and a toy Darth Vader in the other...

"Search your feelings, Luke. You know it to be true..."

My mommy told me I was elite. Why doesn't anyone believe me? 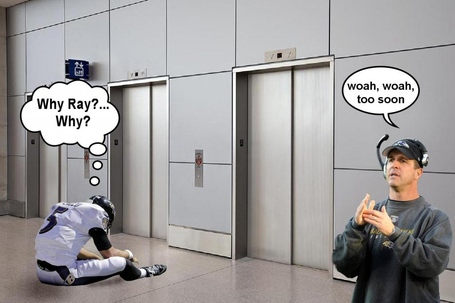 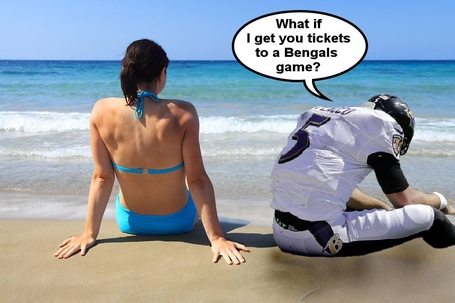 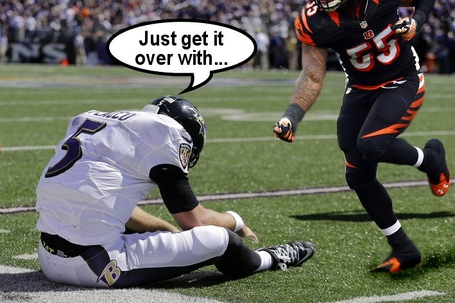 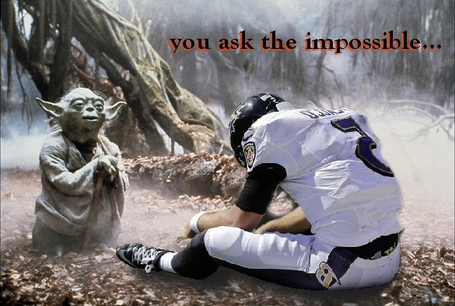 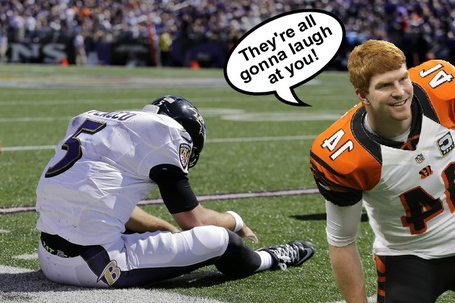 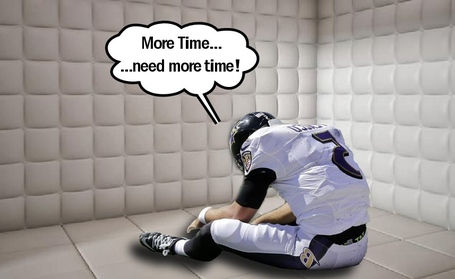 (BALCO's comment: "Ha! Considering what happened on that play.") 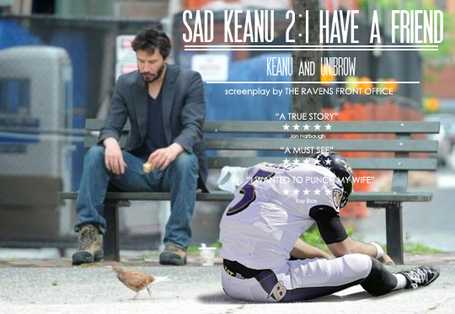 SAD KEANU 2: I HAVE A FRIEND

screenplay by THE RAVENS FRONT OFFICE

"I WANTED TO PUNCH MY WIFE" - Ray Rice 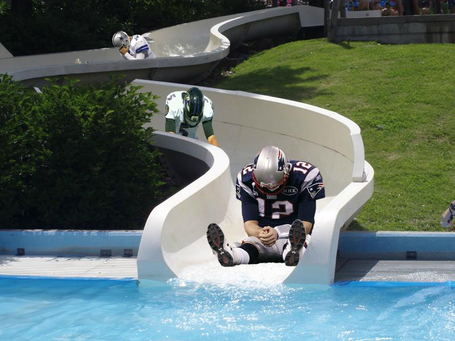