Three receivers were in the headlines this week. One got arrested. One wants a trade. The other is out of the NFL for 2014, and possibly for good.

The Houston Texans want Andre Johnson, even if Johnson doesn't want the Texans. The all-Pro wideout is reportedly telling Houston he's not going to play for them, he's tired of new head coach Bill O'Brian and that he wants to be traded away from the franchise that made him the third-overall pick of the 2003 NFL Draft.

Too bad. Houston isn't caving in to his demands, according to Houston Chronicle writer and noted Texans insider John McClain.

The Andre Johnson controversy will be resolved one of two ways: He will report to the Texans under the terms of his contract, or he will sit out.

Johnson, one of the best receivers in NFL history, will not be traded for several reasons. The Texans want him to finish his career in Houston. They know they are a better team with him. And they don't want to set a precedent for similar situations that might develop in the future.

And here's a prediction: When he finally reports, probably before the Washington opener, Johnson will work as hard as ever, keep his mouth shut as he always does, learn his new system, have another terrific season, and continue to augment his Hall of Fame résumé.

It sounds like Houston is taking a hard stance against Johnson in the same way the Bengals did in 2011 against Carson Palmer, who also wanted a trade. The difference is he made it clear he was retiring if no trade was made.

Johnson hasn't quite made it that clear, but it sounds like he's at least open to the idea. 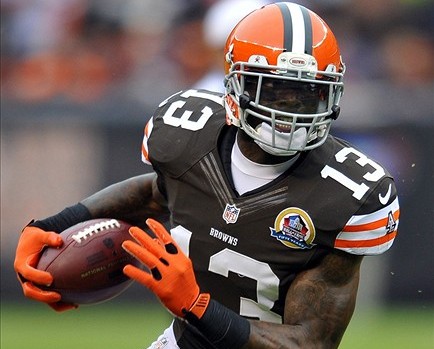 Another All-Pro receiver in a precarious situation with his current team is Cleveland Browns wideout Josh Gordon. Despite facing a season-long suspension, that didn't stop Gordon from getting a DWI in North Carolina in early July. It didn't help that a convicted felon was the one to bail him out of jail either.

That not ensured he'll miss the entire 2014 NFL season, but could also cause him to miss games in 2015.

Despite this, the Browns don't plan on cutting him in the near future, but it's not out of the question, according to Pro Football Talk's Mike Florio.

Per a source with knowledge of the dynamics of the situation, it’s not likely that the Browns would cut Gordon, but it remains possible. The source said that it would not be a surprise if the Browns decide to part ways with Gordon before training camp.

"It's a big blow to us. I would be lying if I said it wasn't," Whitner told SiriusXM NFL Radio on Friday. "The thing is, we have to rally around him. I know all the dumb things people say -- 'he should be cut, he should be this' -- he shouldn't. 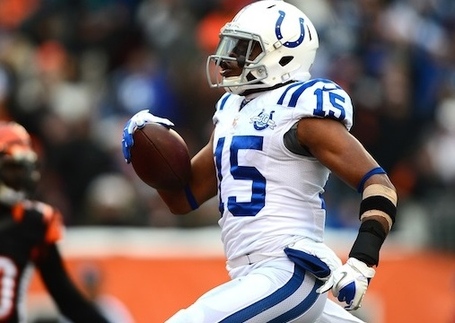 When your not as talented as Gordon, you're not going to get many second and third-chances. That's the case with Indianapolis Colts receiver LaVon Brazill, who failed another drug test, and is now out for the entire 2014 NFL season.

It didn't take long for the Colts to cut him after that. Brazill caught 23 passes for 347 yards and three touchdowns in his two-year career with the Colts. However, Brazill won't be catching any NFL passes until at least 2015.

The open roster spot left by Brazill went to wide receiver Aaron Burks, who is a former Boise State receiver who went undrafted in 2014 and signed with the Bucs before being released in June.