A number of Bengals are sitting out the first day of training camp. We already new Geno Atkins was going to miss the first day of camp as he continues to rehab from reconstructive ACL surgery, but there were some other unexpected names sitting on the sideline with him.

Geno Atkins and Marquis Flowers also among those who it doesn't appear will be practicing. #Bengals

#Bengals TE Jermaine Gresham and OL Mike Pollak are stretching with the team, but not dressed. Both entered yr on PUP list

It doesn't appear as though Whitworth is seriously injured: 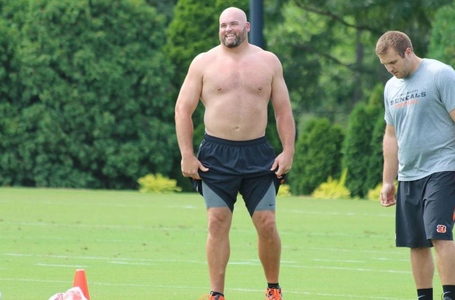 H/T to martti.krass for the photo.