Sanu is no stranger to 1-handed acrobatics.

It's no secret the Cincinnati Bengals have an extremely gifted group of receivers.

Through five training camp sessions, Mohamed Sanu has been the one making a lot of the biggest highlights. The third-year receiver is expected to take over the slot role this year after Andrew Hawkins left in free agency.

So far, so good for Sanu in camp. He's been consistently getting separation in the short-to-intermediate routes, while also tossing in a highlight-reel catch or two in each practice.

His one-handed grab in the back of the end zone on Monday may have been his best yet.

Sanu is no stranger to one-handed acrobatics. 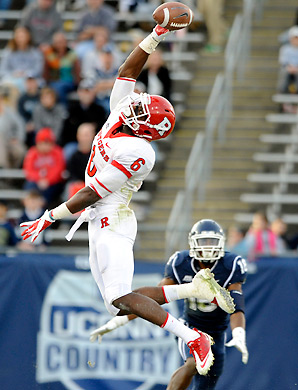 Apparently, Sanu works on this during the offseason.

He's got a little ways to go to match up with AJ Green though.