Johnny Manziel seems to be on the wrong path

Many Bengals fans wanted to take a chance on Johnny Manziel in the NFL draft. After the pattern of behavior he has displayed up to this point in his life, I am glad the Bengals passed.

Share All sharing options for: Johnny Manziel seems to be on the wrong path

I have debated with many fans about the state of the Cleveland Browns. Some think that they have the quarterback of the future in Johnny Manziel. I am of the opinion that the kid doesn't have a good head on his shoulders and also, Cleveland is a place where quarterbacks go to die.

In the long line of moronic decisions by the new Browns signal caller, this past weekend he decided to celebrate independence by going to Vegas. I enjoy the odd trip to Vegas, but you would be hard pressed to find a photo of me rolling up a twenty in the bathroom of a Vegas club. 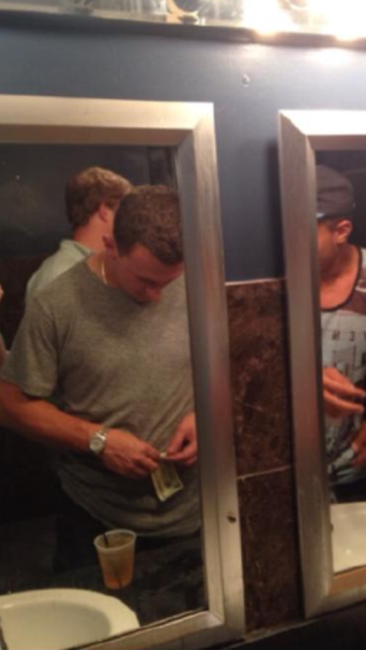 I am sure there is a perfectly reasonable explanation for tightly rolling a bill in the bathroom of a Vegas night club. I just hope he gets to explain himself to the league about all the reasons he needed his money so tightly rolled.