Quinn last appeared on the field as a member of the Kansas City Chiefs in 2012, when he threw for two touchdowns and eight interceptions on the year.

The NFL has suspended Dallas Cowboys cornerback Orlando Scandrick for the first four games of the season. Scandrick was found to be in violation of the league's performance-enhancing drug policy, according to ESPN.

A league source said Scandrick took a supplement that included a substance outlawed by the NFL.

According to a source with knowledge of the situation, Scandrick failed a drug test in April and appealed its findings. The league rendered its decision Monday.

This past season, Scandrick won the starting job when Morris Claiborne was injured during the preseason and performed well. Speaking of Claiborne, he missed the preseason opener due to tendinitis in his right knee, and Scandrick was potentially going to start over him again.

In a statement released, Scandrick insisted he did not knowingly take a banned substance.

"Failing a drug test is far out of my character, and although I never knowingly took a performance-enhancing drug/banned stimulant while on vacation in Mexico, I take full responsibility for what goes in my body and more importantly for the embarrassment of a failed drug test." 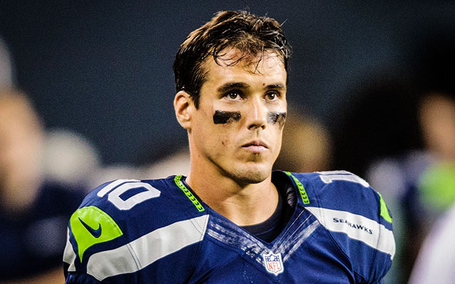 The Miami Dolphins have added some depth at quarterback after signing veteran Brady Quinn Monday. The Cleveland Browns drafted Quinn with the No. 22 overall pick in the 2007 NFL draft. He played in 14 games for Cleveland over three seasons.

Quinn last appeared on the field as a member of the Kansas City Chiefs in 2012, when he threw for two touchdowns and eight interceptions on the year.