Film Room: Brandon Tate does his job vs Ravens

Hue Jackson and Andy Dalton did their best to spread the field, but they could barely lengthen it. Without Marvin Jones and Tyler Eifert, Brandon Tate was asked to step up.

Share All sharing options for: Film Room: Brandon Tate does his job vs Ravens

Offensive coordinator Hue Jackson and Andy Dalton did their best to spread the field, but they could barely lengthen the field. Without Marvin Jones and Tyler Eifert, Brandon Tate was asked to flank out wide out to allow Sanu to work the slot. He finished the game with four receptions on six targets for 19 yards -- but 18 of them were gained after the catch. Let's take a look at how Tate fared in Baltimore.

Although some didn't really think of Tate as part of the gameplan, Eifert's early exit forced the veteran receiver to play 41 snaps. He scored a -0.6 on passing plays from PFF, but overall, he wasn't the liability that many see in him. The "Bengals Coast" offense did not require him to run deep routes so he barely had to beat his man.

Tate was already on the field by the second play of the game, with the Bengals using a successful mix of short passes and screens, and this time it is a bubble screen with Sanu in motion. 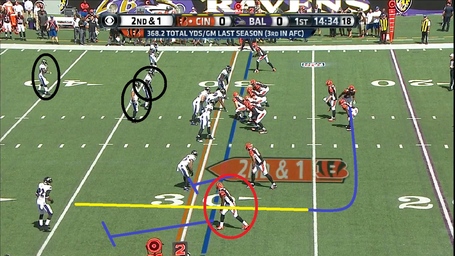 Tate and Gresham block their defenders off the left edge and there's a chance for a big gain. Two linebackers are busy with the play-action so Sanu could be one-on-one, but Tate is not going to keep the cornerback away from his teammate for long enough (Tate was awarded a +0.5 on screen blocks by PFF). The Bengals moved the chains on the six-yard play, but clearly it could have gone for more. 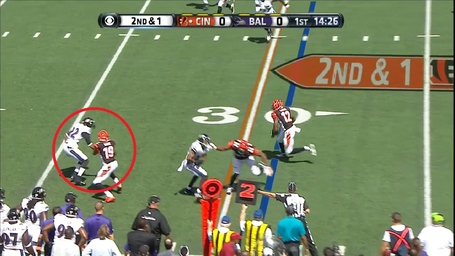 We go to the second quarter with Cincinnati already leading by six. This is similar to the one above, but this time it's Tate that's the bubble screen recipient with Sanu and Green blocking. The only change is Ravens' five-man rush and no press coverage. 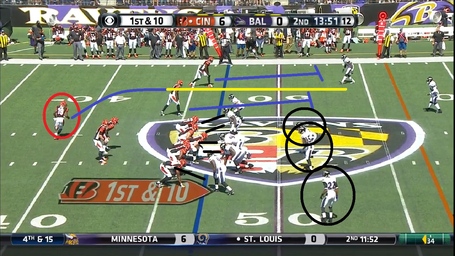 Both blocks are good enough to allow Tate an open lane, but Daryl Smith closes in quickly to prevent the first down. He gets 7 yards. 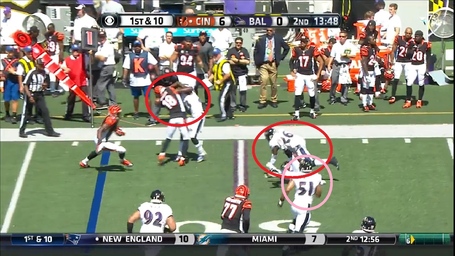 On 2nd & 15 Cincinnati is going to go long looking for Tate, who cannot get past his the cornerback and never looked like he could. Cornerback Jimmy Smith did a great job on the deflection. 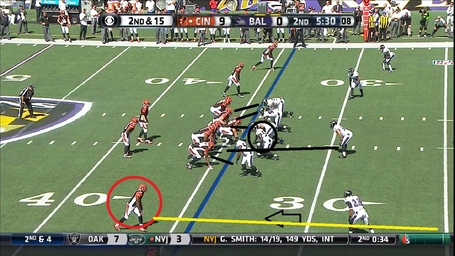 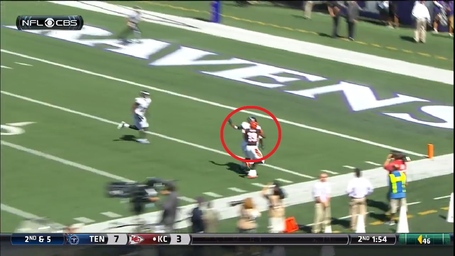 Smith always stays on top of the play, never allowing Tate to get behind him, but it seems like the wide receiver had a chance to fight for the football a little bit more instead of just waiting on the outside.

Here, we are going to see again the bubble screen for Tate, but this time, the defense is ready. 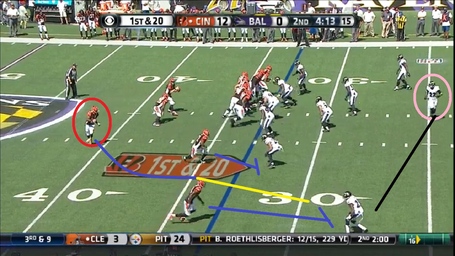 As we can see right cornerback is following Tate and the two cornerbacks are going to push Green and Sanu to shut down the lane. 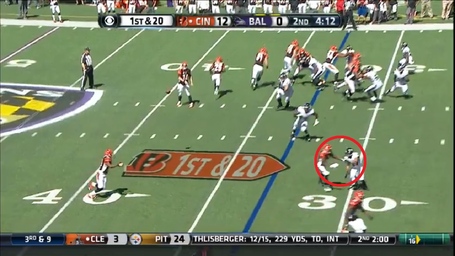 A couple of plays later on third and long, Tate (in the slot here) is going to catch another pass, but way too short to get another set of downs. Andre Smith, who had a nice day in pass blocking, cannot check the rusher this time and Dalton makes the throw pressured. 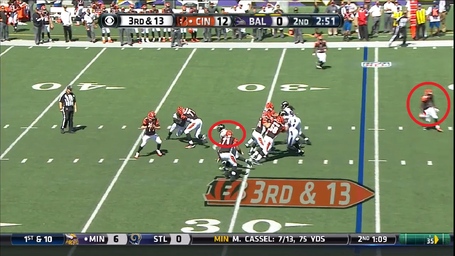 Dalton has to throw off his back foot and the ball is high, but Tate does a great job hanging on to the football as he is hit by rookie linebacker CJ Mosley. 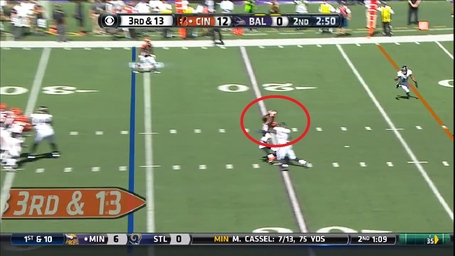 Later in the third quarter, Tate is going to show good hands for the third down conversion, beating the zone coverage underneath on the shallow route. Good play design against the five man rush. 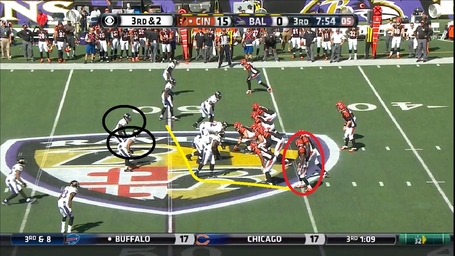 CJ Mosley is very close to stripping Tate down of the football, but the veteran wide receiver makes the play. 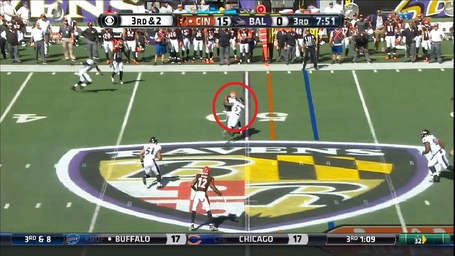 In the same drive Dalton is going to miss the throw to Sanu (it seems) but Tate makes a good block. 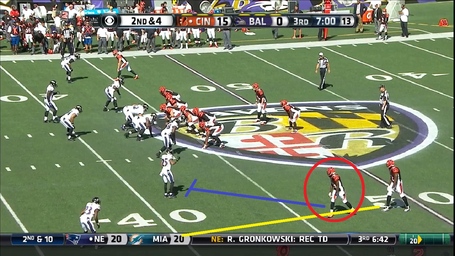 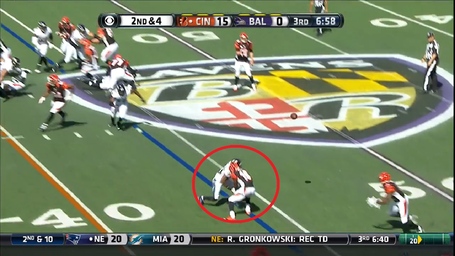 He will get involved again before the third quarter's end on this bad decision by Dalton. Andy throws to the sideline with Tate well covered and Sanu wide open right next to his side as the Ravens bring the full house here. 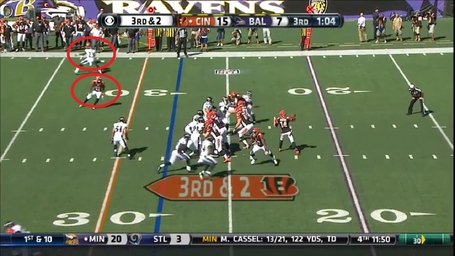 The good thing is that Hue Jackson found ways to get even Tate involved on offense.