Jeremy Hill was all over the place vs the Colts, carrying the football 20 times for 90 yards and adding 70 more in the air in 41 snaps, by far his best effort yet.

Jeremy Hill was all over the place last Thursday, carrying the football 20 times for 90 yards and adding 70 more in the air in 41 snaps, by far his best effort yet.

However, he also allowed one sack to go with another pressure (although it didn't count), and looked like he needs to work on his pass-protection.

Let's start with Hill's first assignment. Here the Colts are going to send a 5-man blitz with both tackles drawing the center and guards to the left side. The linebacker has the open gap inside, but Hill is going to step up and hold the fort. 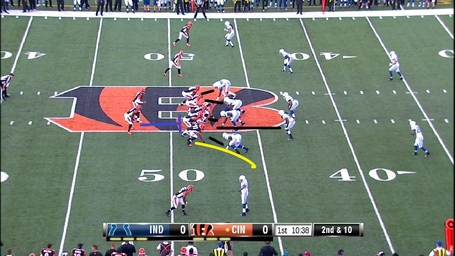 Jason Campbell has enough time to make the throw to Alex Smith on the quick out route. 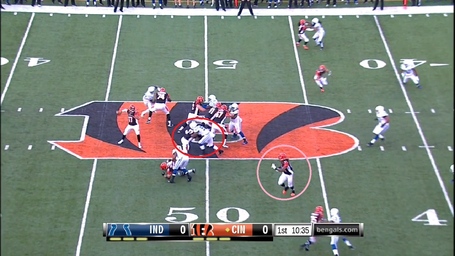 Indianapolis is again blitzing here, but this time, cornerback #42 is going to be the one Hill will face up on this play-action. 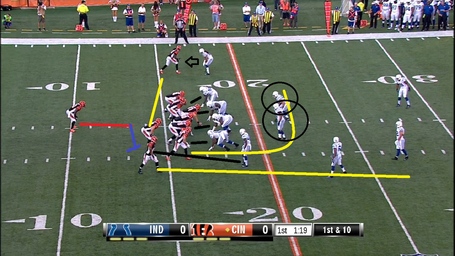 The speedy defender will beat Hill on the outside move, but the pocket collapsed on the other side first. Only a nice jump by the Colts' defensive lineman breaks up the pass though. 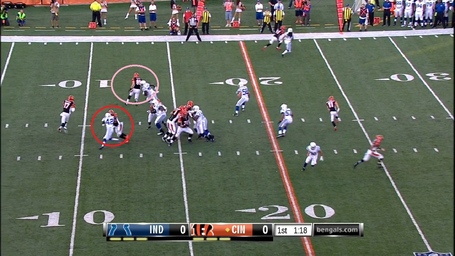 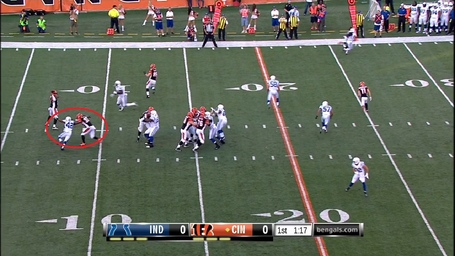 On the same drive on 3rd & 3, the Bengals are thinking blitz with the whole line is shifting right. Hill mistakenly does the same, leaving the blind side completely open. 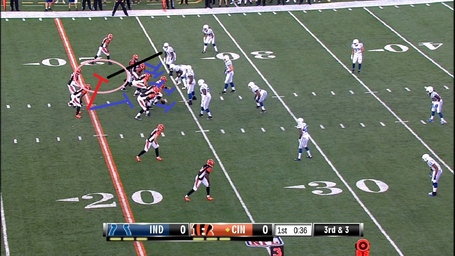 The defense again brings 5 men and Hill misses completely here, and he knew he was bad right after the play. 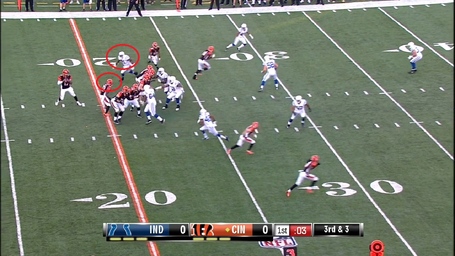 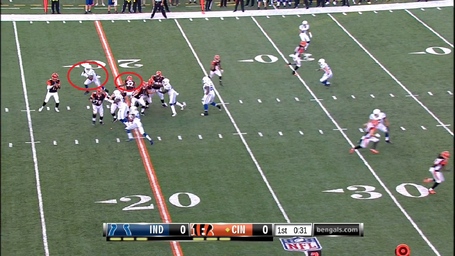 In the second quarter, Hill had a good effort on this play, taking care of the linebacker blitzing. 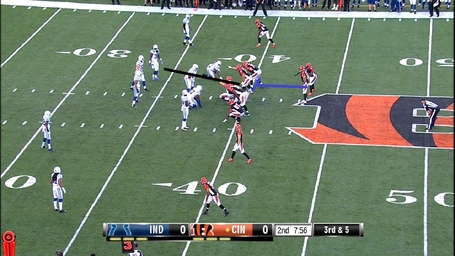 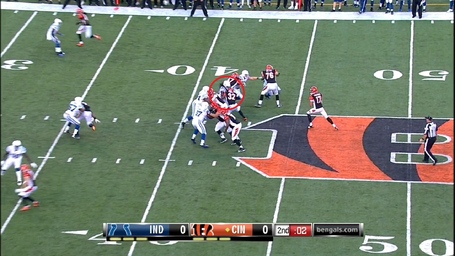 Jason Campbell makes the throw, but this time it's Mike Pollak who cannot held his own against the defender that almost got his hands on the quarterback. 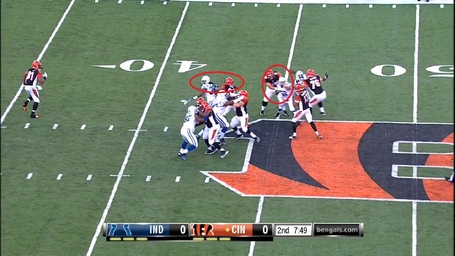 Here in the touchdown play on play-action. He didn't have any impact, but you have to like the hustle by Hill going to the ground to block his man. 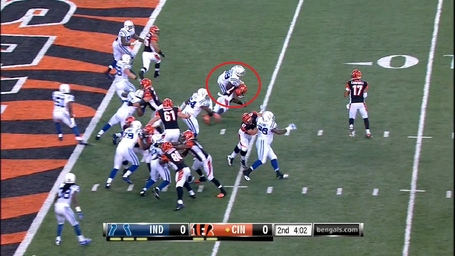 Overall, Hill needs to get used to facing NFL speed, which is something rookies have trouble with. I think he looked good when tasked with stopping the linebackers. He will have to show more consistency in the regular season though.