The Cincinnati Bengals hit the road to face the Baltimore Ravens at 1 p.m. Sunday. The game will be shown on CBS.

The first full NFL Sunday of the 2014 season will kickoff at 1pm ET, highlighted by several division rivalry games. The New Orleans Saints head to Atlanta to battle the Falcons, while the Tampa Bay Buccaneers host the Carolina Panther. The Cincinnati Bengals hit the road to face the Baltimore Ravens, while the Miami Dolphins host the New England Patriots.

Peyton Manning takes on his old team in Denver as the Broncos and Colts play during Sunday night's national game. Eli Manning and the Giants travel to Detroit for a Monday night game against the Lions. The Chargers and Cardinals conclude Week 1 on Monday night in Arizona.

Here's the full slate of games on tap Sunday. 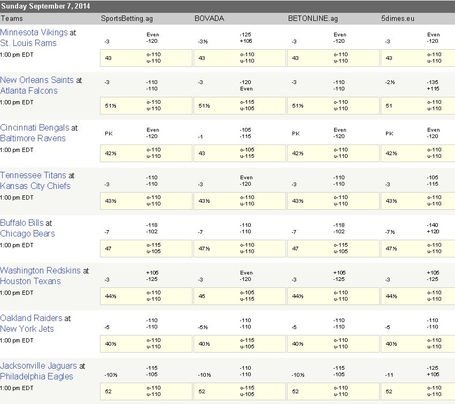 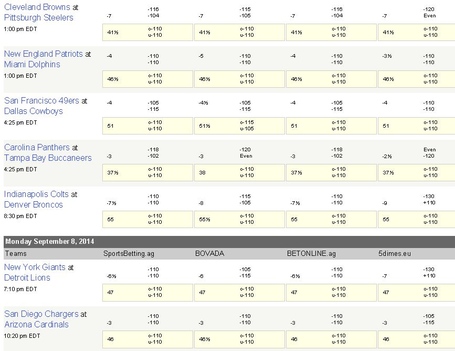 Credit to Yahoo for Odds and Spreads