With Shaw moving to safety because of injuries, Dennard finally got another chance to man the slot on Sunday in Baltimore. He was on the wrong side of some big plays and his future looks cloudy.

With both Shawn Williams and Derron Smith out for the Ravens game, the Bengals moved Josh Shaw to the safety position, allowing Darqueze Dennard the opportunity to be the full-time slot cornerback for the first time this season. For the third-year player it wasn’t only his best chance to win the job, he was also fighting for his future in Cincinnati.

The Bengals drafted a cornerback in the first round of the draft again this past offseason, and also added third round pick Keivarae Russell, after he was cut by the Kansas City Chiefs. In addition they already had Adam Jones, Dre Kirkpatrick and Shaw, who took advantage of Dennard’s preseason injury to get ahead in the slot competition. Injuries and ineffectiveness when healthy have been the common thread for Dennard’s time in Cincinnati. Once a first-round pick himself, Dennard was looking like an afterthought in the first weeks of the season.

He came back from injury against the Steelers in Week 2 and got beat badly, looking slow and ineffective and Shaw was looking more and more comfortable inside. The only way it seemed Dennard was going to get another chance to prove himself was an injury to somebody else, and that is what happened on Sunday. I don’t think the Dolphins game, which Kirkpatrick missed, really counts, given the little offense Miami displayed that day. Let’s take a look at how Dennard fared in the slot against the Ravens and whether he had a future with the Bengals

His line, after playing roughly 75% of the snaps, wasn’t pretty. Dennard allowed six catches on six targets for 73 yards, four first downs and a touchdown. That touchdown was the only one the Ravens scored on Sunday and though the effort from Dennard was decent, the touchdown still made a big impact on a low-scoring game.

Dennard gave up a few big plays that either allowed the Ravens to move the ball on third down or score. ProFootballFocus.com didn’t like what they saw, grading Dennard with a 44.6 score.

This play came on the Ravens’ first drive of the game, on third-and-eight. The Bengals were showing blitz and playing cover 2 man. Veteran journeyman Chykie Brown was also on the field and Baltimore ran a pick play. Dennard reacted very slowly and appeared to sit on zone coverage before realizing wide receiver Kamar Aiken was his man. There’s not much you can add to this play, it’s just a very costly blown coverage by Dennard.

That third down conversion kept the drive alive for Baltimore, and after marching down the field at ease they would score from inside the red zone on a pass to Breshad Perriman. Dennard was the targeted cornerback. The Bengals’ defender did himself no favor not looking for the ball. He was in the perfect spot to make a play on the ball. Not a high throw, not a lot of room left in the end zone. He just had to turn around and defend the pass. But he didn’t.

Dennard’s struggles didn’t end there. On this play, Dennard again looked lost. I assume the Bengals were blitzing and on a cover 1 man, but Dennard either lost track of his man or thought they were playing zone coverage.

Vontaze Burfict almost broke the play, but you can tell by Dennard’s reaction that he knew he had blown the coverage. That not only left notable speedster Mike Wallace wide open but neutralized the Bengals blitz. Not pretty, for sure.

Dennard has never been known for his speed, and coming out of college one of his best traits was his strength. As Cincinnati rarely plays man coverage and they almost never play him outside he hasn’t had the chance to show his press skills, but he showed willingness to play the run on Sunday. The fourth-down conversion that set up the Ravens’ last field goal of the day can’t really be held against him. It was a good design by Baltimore that ended up with a tackle blocking Dennard. They needed one yard only. 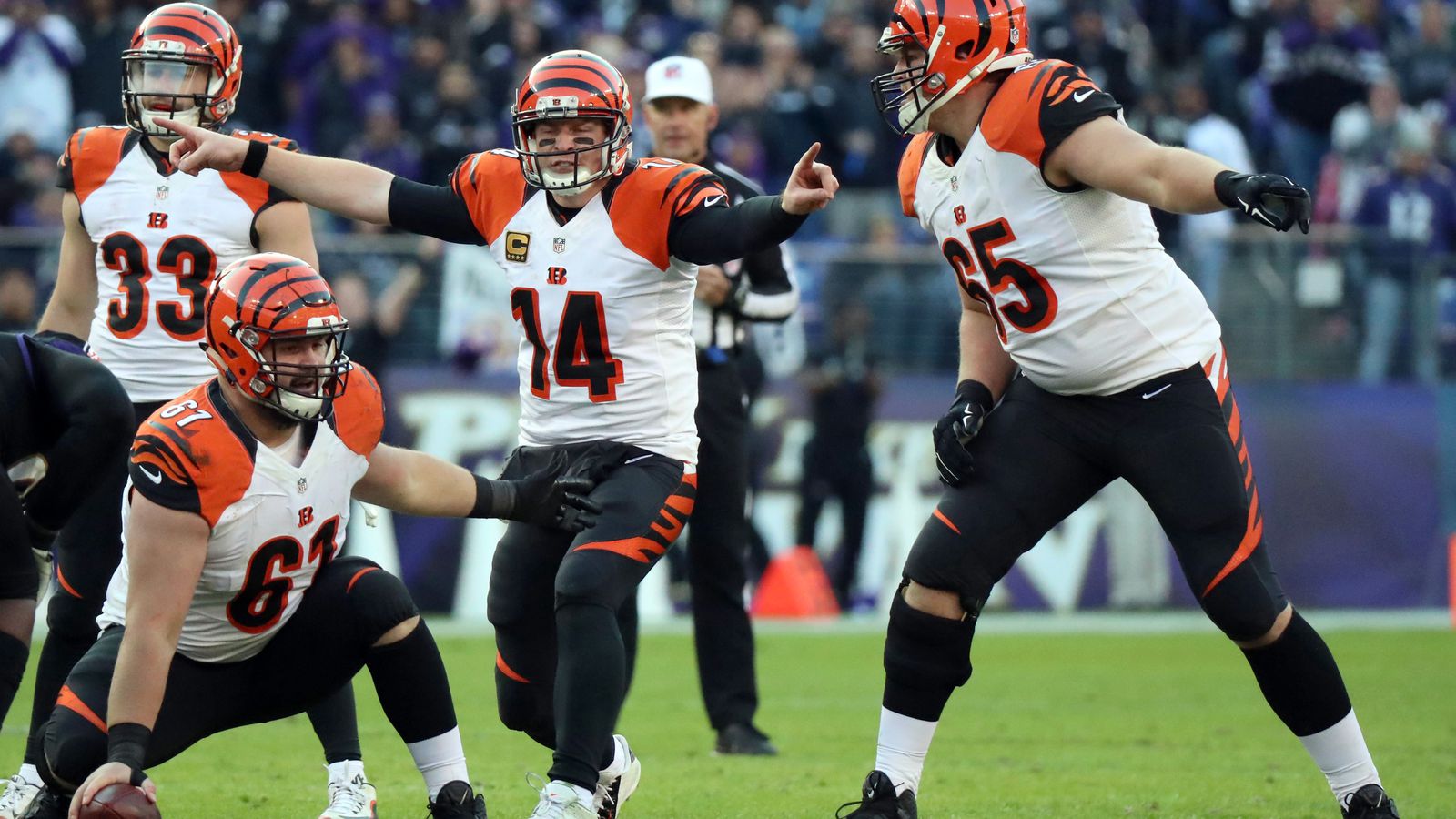 For the first time this year, Russell Bodine was benched for poor performance. How’d backup T.J. Johnson do in relief?

As big as the plays he gave up were, I think Dennard showed on Sunday he can at least stay with the receiver one on one. On this play, which resulted on an incomplete pass deep right, Dennard, just below Kirkpatrick on the image, blanketed Steve Smith Sr. Every team now knows the Bengals’ secondary players are susceptible to double moves, but Dennard didn’t bite on this one, and stuck to his man all the way.

He doesn’t have the balls skills you want for a cornerback, but there are some positives on being able to do stick with your man. He didn’t play much zone in college and can often look lost when dropping into coverage. But maybe a healthy offseason will help him next year to be better prepared.

When safeties Smith or Williams come back (which could be this week) it is possible Shaw retakes his job as slot cornerback, and he clearly deserves it with the way he’s played thus far. But now that the season is lost, the Bengals need to give their young players more snaps, and Dennard should benefit from more reps. And, the Bengals really need to see what they have in him before making the call on his fifth year option during the 2017 offseason.

Dennard didn’t have a great game against the Ravens. He gave up big costly plays, but it is too early to give up on him. He is a former first rounder and there has to be a way to give him more chances and develop his skills.

Follow Cincy Jungle on Twitter for the latest Bengals news, views and updates!
Stay in the know!