The Browns are still winless, but the Bengals will want to prepare for this matchups just as extensively as they do all others.

Share All sharing options for: Bengals vs Browns: Top 3 player matchups to watch

The 4-7-1 Bengals don’t have much left to play for in 2016 other than pride. Although still technically not eliminated from playoff contention, the chances of the Bengals catching up to the Ravens and Steelers, while being two and a half games behind both of them and having only four games left to play seems incredibly unlikely.

That said, if there was ever a game that the Bengals would want to win for the sake of pride, it’s this week’s matchup with the still winless Cleveland Browns. The Browns (0-12) are probably coming up on their last opportunity to avoid an 0-16 finish this week. But the Bengals, having established a modicum of respect after dominating the Philadelphia Eagles on Sunday, won’t want to undo that progress this week as they go up against the undisputed worst team in the NFL. That said, every NFL team poses a threat and the Bengals can’t take this matchup any more lightly than they would any other. So, they will want to pay close attention to these key matchups:

Joe Haden has been the bane of the Bengals’ matchups with the Browns for a long time, having managed to hold A.J. Green in check for the most part since Green arrived in 2011. This week, Green is not going to play, as he is still recovering from a hamstring injury. That should bode well for Haden, who will most likely shut down whichever receiver he is up against (probably Brandon LaFell). 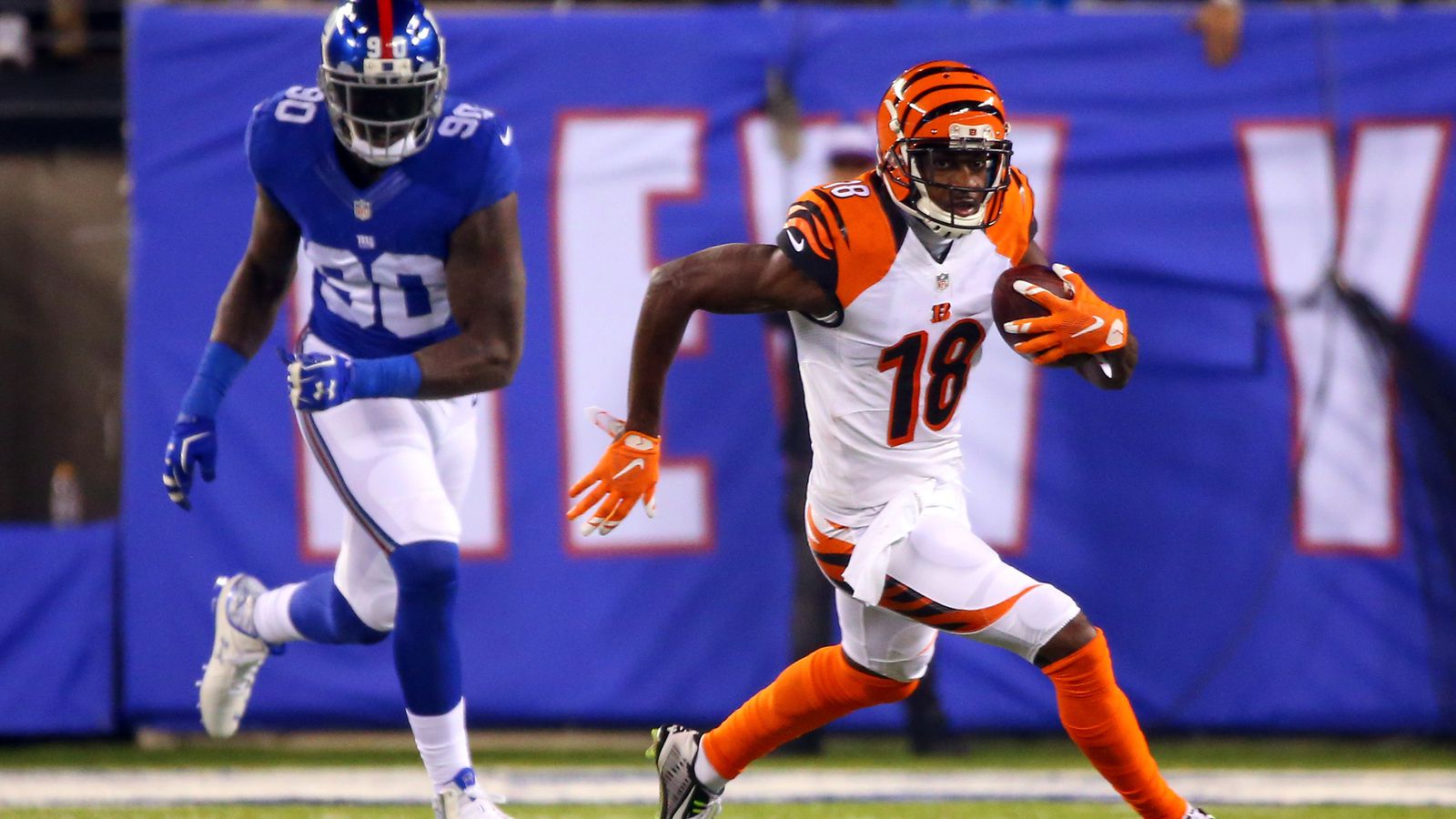 A.J. Green will not be returning this week as the banged up Bengals head to Cleveland to take on a healthy 0-12 Browns team that's seeking its first win of the year. 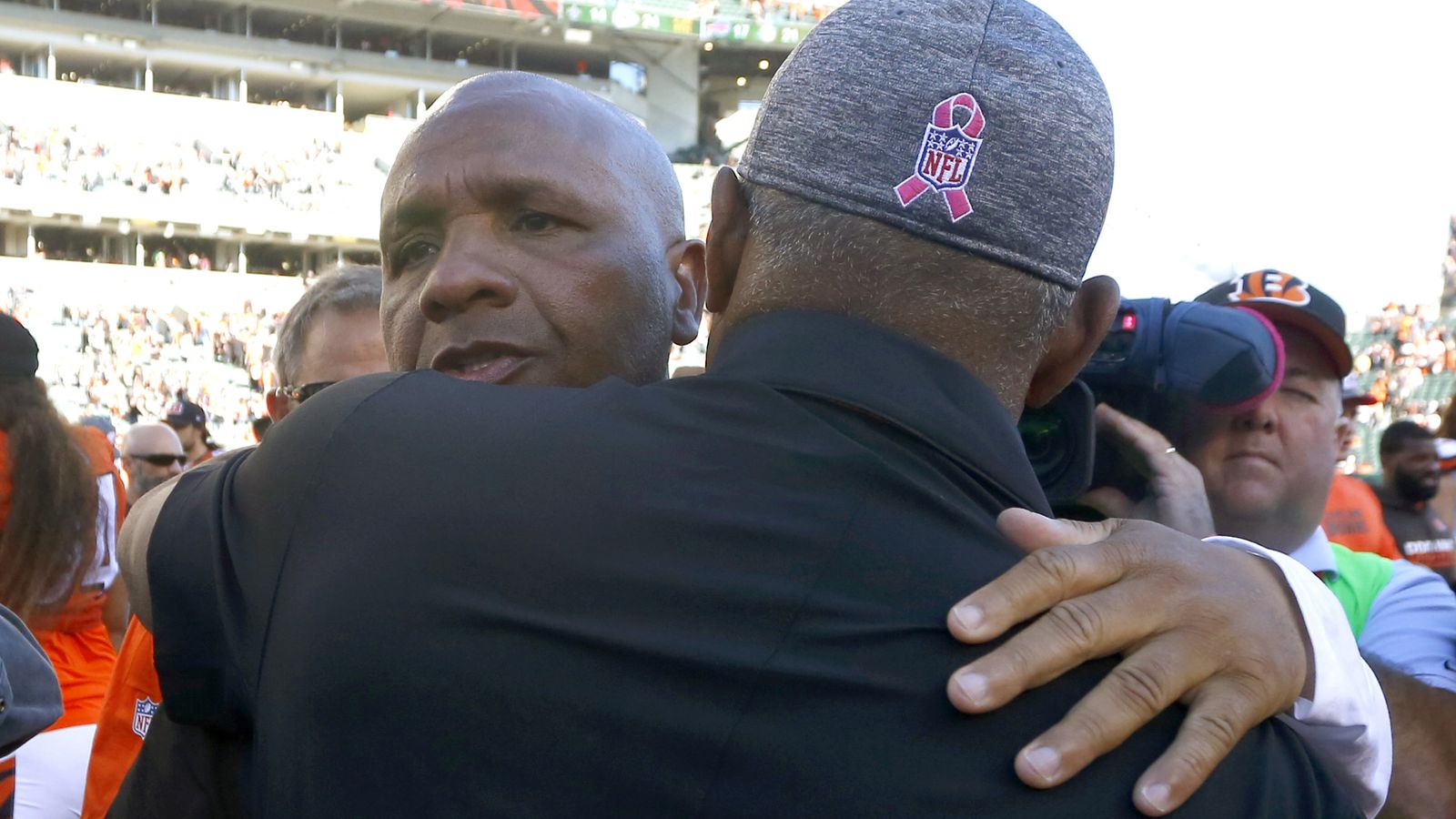 The Orange and Black Insider: Hues of success

The OBI gang looks at a number of issues this week, while also recapping the win against the Eagles and previewing the upcoming matchup against the Browns.

That’s not to say that Dalton won’t be able to accomplish anything this week. The Bengals have plenty of other talent able to catch passes. That talent has struggled to show up throughout parts of the season, but it showed up last week against the Eagles, despite Green and Giovani Bernard both being unavailable. Dalton will need to utilize the depths of his pass catching roster this week with Haden making his first appearance against the Bengals since 2011 and going up against a decidedly weaker player in LaFell. But, LaFell has proven he can rise to the occasion and it would be nice to see him do it again.

The last time the Bengals played the Browns back in Week 7, it was one of LaFell's best games of the season with 83 yards and a touchdown. Can he top that this week?

The Bengals have an interesting situation developing at the right tackle position. Cedric Ogbuehi essentially won the starting job without any real competition. But, he has played so poorly throughout the 2016 season that he has been benched multiple times throughout the season and officially lost his starting role last week against the Eagles.

In his place, the Bengals have been using a combination of veteran right tackle Eric Winston and Ogbuehi’s fellow 2015 draft pick, Jake Fisher. Neither player performed particularly well last week against the Eagles, but they were better than Ogbuehi and enough of a boost for the Bengals’ offense to go from limping through the season to absolutely dominating the Eagles. As such, Ogbuehi has been officially moved to backup left tackle while Winston and Fisher hold down the right side.

This week, the right tackle position could be one of the few positions that the Browns can effectively attack. That’s because rookie defensive end Emmanuel Ogbah will be on the opposing side of the line. Ogbah has been one of the few bright spots for the Browns all season, having registered more sacks than anyone else on the Browns (3.5).

Still, that’s not a lot, ranking No. 67 in the NFL, but it’s a big accomplishment for a team that currently ranks dead last in sacks (17). It also shows promise for the future that the Browns might have a guy who can turn into a solid defensive end and give their pass rush a boost in the long-term. That said, for right now, it’s essentially the Bengals’ bad offensive line going up against the Browns’ awful pass rush. If Winston and Fisher can manage to keep Ogbah in check, there likely isn’t anyone else on the Browns to threaten Dalton.

For the most part, Jeremy Hill has had a rough time in 2016. He is ranked No. 18 in the NFL in total rushing yards (677) and No. 52 in terms of yards per run (4.0). He does rank No. 8 in terms of rushing touchdowns (seven), but now that Bernard is out for the season, the offense getting within scoring position is even more on his shoulders.

It could be a tough proposition for the running back who has generally operated as a touchdown vulture since entering the league. Without Bernard, Hill played saw 23 touches against the Eagles, but only put together 33 yards in the process for an abysmal 1.4 yards per run. But, he still managed to find the endzone on a drive where he contributed a net total of one yard. Andy Dalton and his receivers did the rest of the damage on that drive (82 yards) to put him in position to score.

That said, Hill typically plays very well against the Browns. In fact, back in Week 7, he put together arguably the best game of his career (168 yards and a touchdown on nine carries and two catches for 24 yards) against the Browns. Otherwise, he has recorded 98 or more yards in two of his other four games against the Browns. One of those games came in his rookie season (2014). He recorded less yards in that game (148) than he did earlier this season, but he found the endzone twice.

After the Bengals vs Browns Week 7 game, Hill rattled off a few more strong performances before coming back down against Baltimore in Week 12 (12 touches for 21 yards, zero touchdowns). From Week 8-11 (Week 9 was a bye), he put up 184 yards and two touchdowns on the ground.

In the opposite vein, the Browns’ run defense was awful in that Week 7 game and has collapsed even further since. They currently rank No. 31 in the NFL in terms of yards allowed per game (140.6). That’s as opposed to being ranked No. 26 in terms of yards allowed per game back in Week 7. As if it wasn’t already a favorable matchup for Hill, he is sure to be getting many more touches this week against a team that he dominates more often than not.