5 key Browns to watch for against the Bengals

Can the Bengals overcome the absence of their No. 1 wide receiver in a division game? Can Hue Jackson steal a game from his good friend Marvin Lewis? Can RGIII still play?

Share All sharing options for: 5 key Browns to watch for against the Bengals

Hue Jackson and his Browns are still winless, and after a late bye week, get back home to try to claim their first win against Jackson’s former employer. It might be their best opportunity the rest of the way. The Bengals are a better team and have more established talent, but Jackson is one heck of a coach and gave them a good fight in their Week 7 clash.

Going back to their first game in Paul Brown Stadium, we highlighted five key Browns players for the fans to watch out for. It didn’t matter much in the end because Jackson was forced to rely on his fifth-string quarterback for half of the game and Kevin Hogan ran for 104 yards. The Bengals won, but mostly because of A.J. Green. The Browns exposed many of their flaws and despite their lack of talent they gave Cincy a good scare.

Here are five key Browns players who will be involved in the outcome of the game, for better or worse.

I almost never put the quarterback on this list. They’re always crucial to their teams’ efforts. RGIII’s case is different because it is his first start since Week 1 and he is more talented than Cody Kessler, Josh McCown and any other quarterback on the Browns’s roster. We all know his history and he is coming off another lengthy injury, but if Hue Jackson had a plan for Hogan, which worked for them against the Bengals, who knows what he has in mind with two weeks to prepare.

With a clean pocket, Griffin can still make throws, and he has some weapons in Terrelle Pryor, Corey Coleman and Gary Barnidge. He wasn’t great against the Eagles in Week 1, but nobody was expecting him to be great after all that he went through in his last years in Washington. He was 12-of-26 for 190 yards and an interception in that game. He also had 37 yards rushing, including a scramble resulting in the injury, which sidelined him up until this week.

The best way for Cincy to avoid resurrecting him is to bring pressure. More on that below...

He was on this same list for the Week 7 game. He’s that bad. He faces Carlos Dunlap, who just got publicly challenged by his coach, Marvin Lewis, to be great on every play. Pasztor is somehow not the worst player on this offensive line, as that is second-year center Cameron Irving. Everytime that I’ve watched the Browns play, Pasztor has struggled and his main weakness is protecting against the speed moves.

One of the nice young building blocks acquired in the past draft, Ogbah was moved back to the defensive line a few weeks ago. A 4-3 defensive end in college, he was making strides as a linebacker, but injuries forced him inside and that is where he is now. He had two sacks in Week 7 and needs to be covered more effectively this time around.

The young Nigerian player is strong and quick, and has all the physical tools to succeed, but the Browns don’t seem thrilled yet with the stage of his development. Nothing that a matchup against an ailing line can’t cure. The Bengals’ offensive line has gone through some shuffling of late, with Cedric Ogbuehi moved out of the starting right tackle position and Jake Fisher added into the mix, behind Eric Winston. 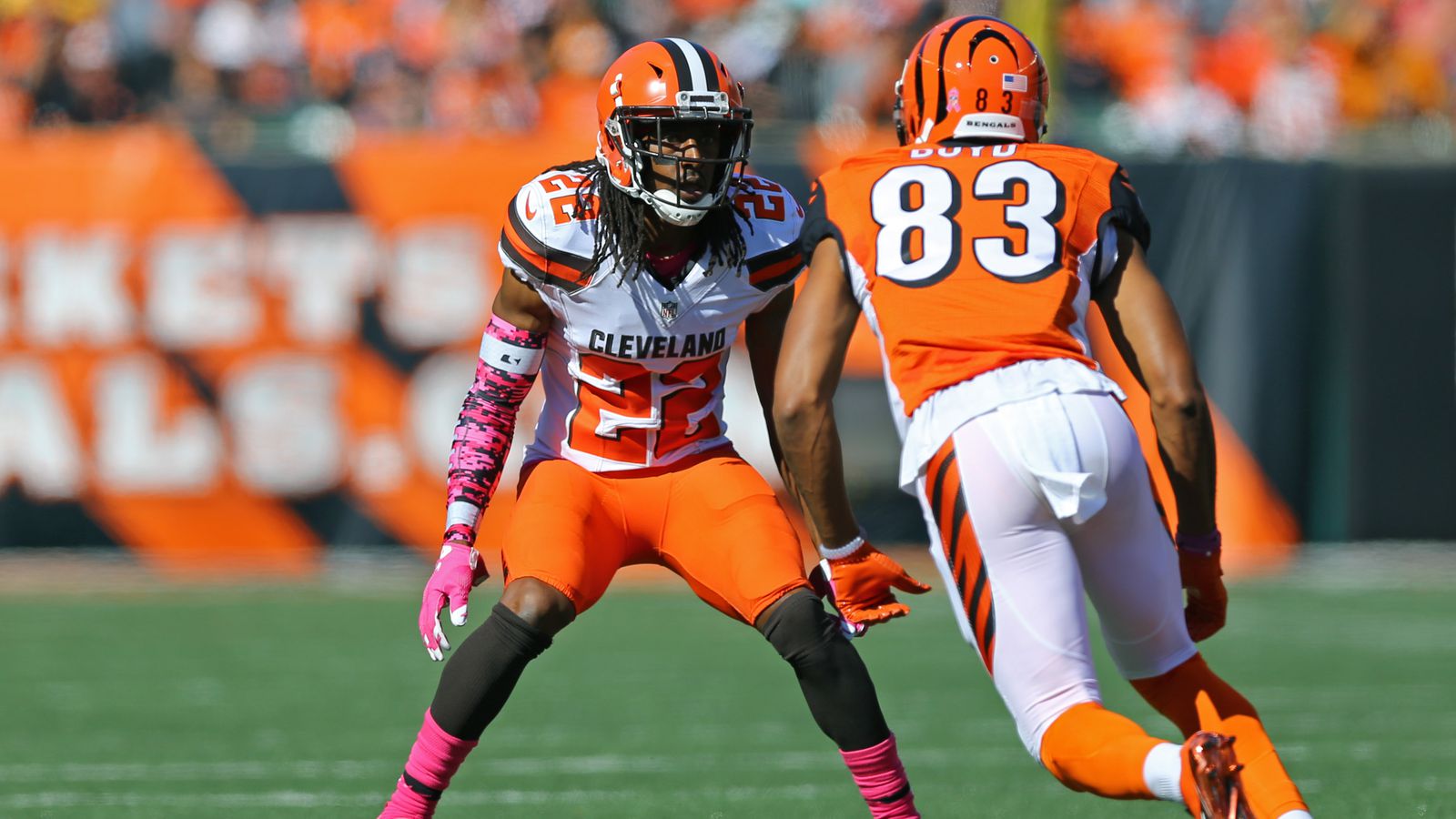 If the Bengals want to record their first back-to-back wins of the 2016 season, they will need to prepare for and perform well in these key matchups.

The safety position for the Browns might be in even worse shape than the quarterback position. Defensive coordinator Ryan Horton said for the Bengals’ game, "we are just going to play a bunch of guys and let them get experience." Enter Tyler Eifert, who is already really hard to cover, and Andy Dalton could be in line for a huge day.

Reynolds has been "a calming voice" since entering the starting lineup, and that is very valuable with a unit so young. He was good against the Giants, but New York didn’t have anyone like Eifert, who might ending up being his responsability on Sunday.

The Browns are one of the worst running defenses in the NFL. Jeremy Hill, who’s been painful to watch for almost two years, destroyed them in their first matchup. They added Jamie Collins via trade a few weeks ago, but Kirksey is a young player who’s becoming a cornerstone for the Browns. Despite what the overall numbers say about Cleveland’s running defense, Kirksey is amassing stats, and is second in the NFL in total tackles with 111.

He is a classic 3-4 tackler, agile and athletiC and flows to the ball when he has a clear path. He displayed his speed in Week 7, but his main weakness is his size, or lack of. Can Hill explode again going up against him?