What just happened? Bengals sweep the Battle of Ohio edition

The Bengals climbed to 5-7-1 on the year and left the Browns winless after a snowy game in Cleveland.

Share All sharing options for: What just happened? Bengals sweep the Battle of Ohio edition

The Bengals handed the Browns their 13th loss of the season as Cleveland inched closer toward 0-16 terrority. No Bengals player was more dominant in the game than Jeremy Hill, who certainly knows how to beat the Browns. The Bengals have only lost to the Browns once during Hill’s NFL career and Hill has been a big part of the five Bengals wins in the Battle of Ohio during that span.

Also impressive on Sunday were Tyler Boyd, Tyler Eifert and Geno Atkins. The leading tackler on the day was former Browns linebacker Karlos Dansby, who also added a sack onto his Bengals resume.

Here are my thoughts on and a breakdown of what just happened in the Bengals’ fifth win of the season.

In his first career game against the Browns, Tyler Boyd was unimpressive with one catch for three yards. The Bengals weren’t going to let that happen again has Boyd quickly got involved on the first drive of the game and was a big part of the Bengals’ win over the Browns.

Boyd had an 8-yard catch and 39-yard reverse that set up Tyler Eifert's opening drive touchdown. The Bengals had tried those kind of end-around plays with Brandon LaFell is past games, but it should have been Boyd getting those looks all along, which he showed on Sunday.

The Bengals’ opening drive went for 73 yards on six plays and gave them a quick lead that they never let up.

Boyd finished the game with 49 receiving yards and 40 rushing yards. 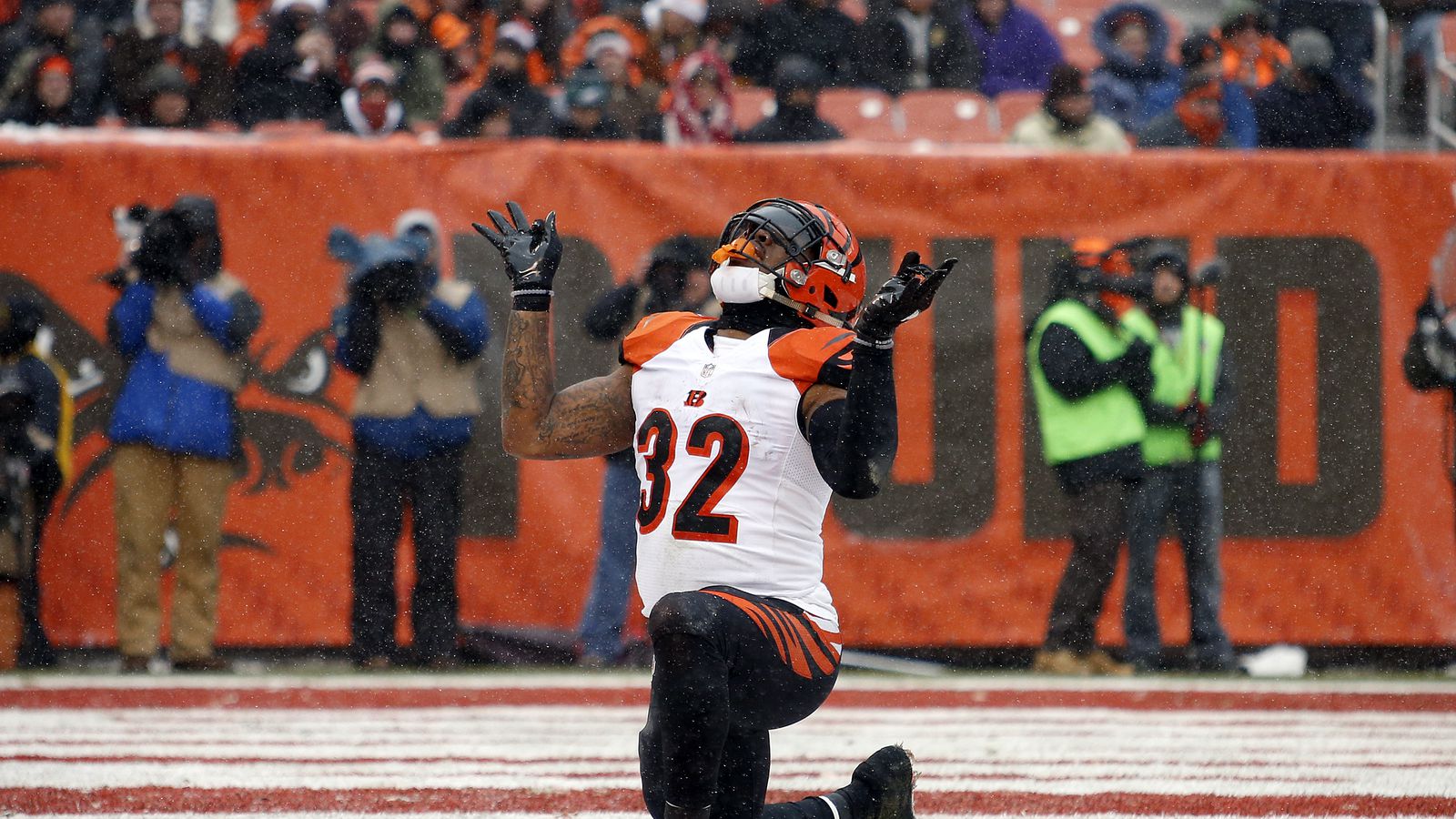 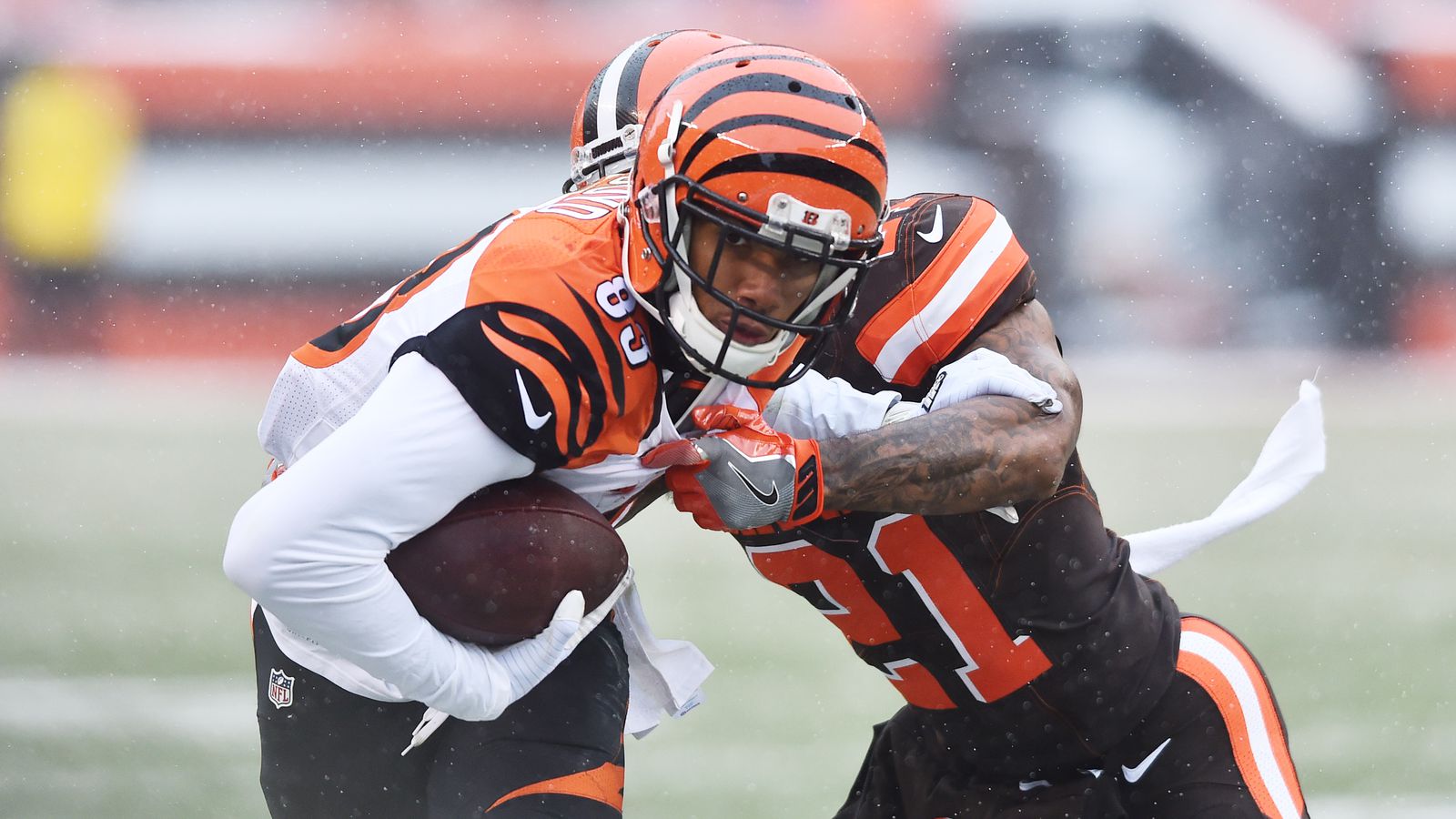 Coming into the game, Bovada set odds for Nugent to miss an extra point. No other kicker in the league had a prop bet to boast about this week.

Well, it didn’t take long for Nugent to miss an extra point. It happened in the first quarter after a Jeremy Hill one-yard rushing touchdown and let’s place blame accordingly. This one, Nugent’s sixth missed extra point in as many games, was not his fault. Kevin Huber goofed on the placement and had the ball flat on the ground. As such, Nugent’s kick went off his foot more like a soccer kick than a PAT attempt.

What followed was a mess on the field as the Browns attempted to bring the ball back to the opposite end zone for two points. It was a solid attempt, but, it failed, leaving the Bengals with a 13-0 lead. Check out the madness that ensued following the botched kick:

Coming into this game, you had to expect a big outing from the Bengals’ tight end. Even with the double and triple teams he would expectedly be commanding, the Browns’ safeties are terrible. Even when former Patriots linebacker Jamie Collins was covering him, it simply wasn’t enough. In the first half, Eifert was 5/5 for 48 yards and 2 touchdowns. He was unable to add onto that in the second half, failing to catch the ball the one time he was targeted in the final 30 minutes of play.

Eifert now has three games in a row with a touchdown and five touchdowns this season in seven games played.

So much for offensive line improvement

Andy Dalton was sacked four times on Sunday, all of which came in the first half and 1.5 were credited to rookie Emmanuel Ogbah. Coming into Sunday, Ogbah had three sacks on the season, two on Dalton from Week 7. Clearly, Ogbah, who finished the game with six tackles, is a threat to the Bengals and will likely be for quite some time.

Browns offense in first half

The Browns didn't cross midfield in the first half of the game, not even once. The closest they got was when they advanced to their own 45-yard line, but, didn’t make it further. Robert Griffin III was 2-of-10 for 20 yards, 1 interception and a 0 quarterback rating in the first half.

Though, he did better in the second half, finishing the game 12/28 for 104 yards, 1 interception and a 38.4 quarterback rating. That’s still terrible, but, it’s better than his 0 rating in the first half. The Browns still have plenty of questions at the quarterback position and could be picking a quarterback with the first pick in the 2017 NFL Draft.

The Bengals should play the Browns every week

How does Danny Vitale drop this pass, wide open, which would have been a touchdown? So Browns.

This ended up as a drop... pic.twitter.com/TzJMesbT0q

In the third quarter, Dalton completed two passes for a combined 10 yards and the offense finished off both of their drives in the quarter by punting. The defense allowed the Browns to creep back into the game, scoring 7 points in the process, and allowing Cleveland to get started on a drive that ended in a field goal, shortly after the fourth quarter began. It looks like second half adjustments worked (at least to an extent) for the Browns and for the Bengals, well, what are second half adjustments?

Last year's games against the Browns saw Hill generate 167 total yards and a touchdown and in 2014, he totaled 213 all-purpose yards. Jeremy Hill loves the Browns, but it’s safe to say, the feeling is not mutual.

Paying homage to the GOAT pic.twitter.com/5FdpRD6EeX