Bengals at Browns: The good, the bad and the ugly

The Bengals took care of business in Cleveland this Sunday, but it wasn’t a totally perfect afternoon. Here are the best and worst aspects from Cincinnati’s 23-10 win over the Browns.

Share All sharing options for: Bengals at Browns: The good, the bad and the ugly

Though the Bengals didn’t receive some of the outside help needed to maintain their playoff hopes, they did take care of their own business against the Browns. The Bengals’ fifth win of the season still technically has them in the hunt for the postseason, as a huge game against the Steelers looms next week.

Regardless, the Bengals played a pretty solid game in Week 14 in the midst of some tough elements. Here are the best and worst from Cincinnati in their 23-10 win against Cleveland.

Andy Dalton in the snow: This was a type of game that would have many pro quarterbacks struggle, regardless of their experience. It wasn’t a blizzard coming down in Cleveland, but the consistent snow led to slushy conditions. It was Dalton’s first professional game in significant snow and he performed well. The deep ball wasn’t there, but it wasn’t necessary as Dalton made a number of good short and intermediate throws to move the chains. He finished 20-of-28 for 180 yards, two touchdowns and zero turnovers.

The run game: We already chronicled the Bengals’ wise and effective usage of the run game. However, Jeremy Hill had his second 100-yard rushing performance this year (both against the Browns) and Rex Burkhead had a career-high 45 rushing yards as well. With the weather being what it was, it was good to see Cincinnati impose its will on the ground.

Tyler Eifert, red zone machine: With A.J. Green out of the lineup, the Bengals needed other receiving options to step up if they wanted to make a late run to the playoffs. Tyler Boyd has grown into a solid NFL receiver in his first season, but the team’s big tight end remains a key to what they do in the passing game. Eifert dominated the Browns with five catches for 48 yards and two touchdowns. Depending on Green’s condition in these final games, Eifert will continue to need to be a weapon if the Bengals want to sneak into playoffs.

The pass defense: While it wasn’t a totally perfect afternoon from the Bengals’ defense, their secondary simply stifled Robert Griffin III in his second start as the Browns’ quarterback. Griffin couldn’t get the ball to his receivers and saw many of his tries on deep passes flutter in the wind. Adam Jones and Dre Kirkpatrick teamed up to take care of Terrelle Pryor, Sr., while Griffin finished just 12-of-28 for 104 yards and an interception.

Special teams members not named Mike Nugent: It was an excellent day for punter Kevin Huber, who pinned two of his five punts inside the 20-yard line, while also wisely punting another into the end zone with about a minute to play. Alex Erickson also had a good day on punt returns, capped off by a 24-yard return to set the Bengals up with good field position right before the half.

Efficiency rates and time of possession: In a true sign of dominance, the Bengals tipped the scales of a lot of key stats in their favor. They won the time of possession battle by almost 10 minutes (34:53 to 25:07), converted 53% of their third down attempts (8-of-15), and were very efficient in red zone and goal-to-go attempts, even with a Nugent missed field goal.

Not falling into the trap: I won’t lie—I was a bit scared of this one. The Browns have been and still are starving for a win, they were playing at home while coming off of a bye and have a head coach who was intimately familiar with the Bengals. Cincinnati also hosts Pittsburgh this week in another game the team will most certainly want to win, so it wouldn’t have been all that surprising if Marvin Lewis’ team overlooked the winless Browns. Simply put, they didn’t overlook Cleveland and took care of the task at hand. 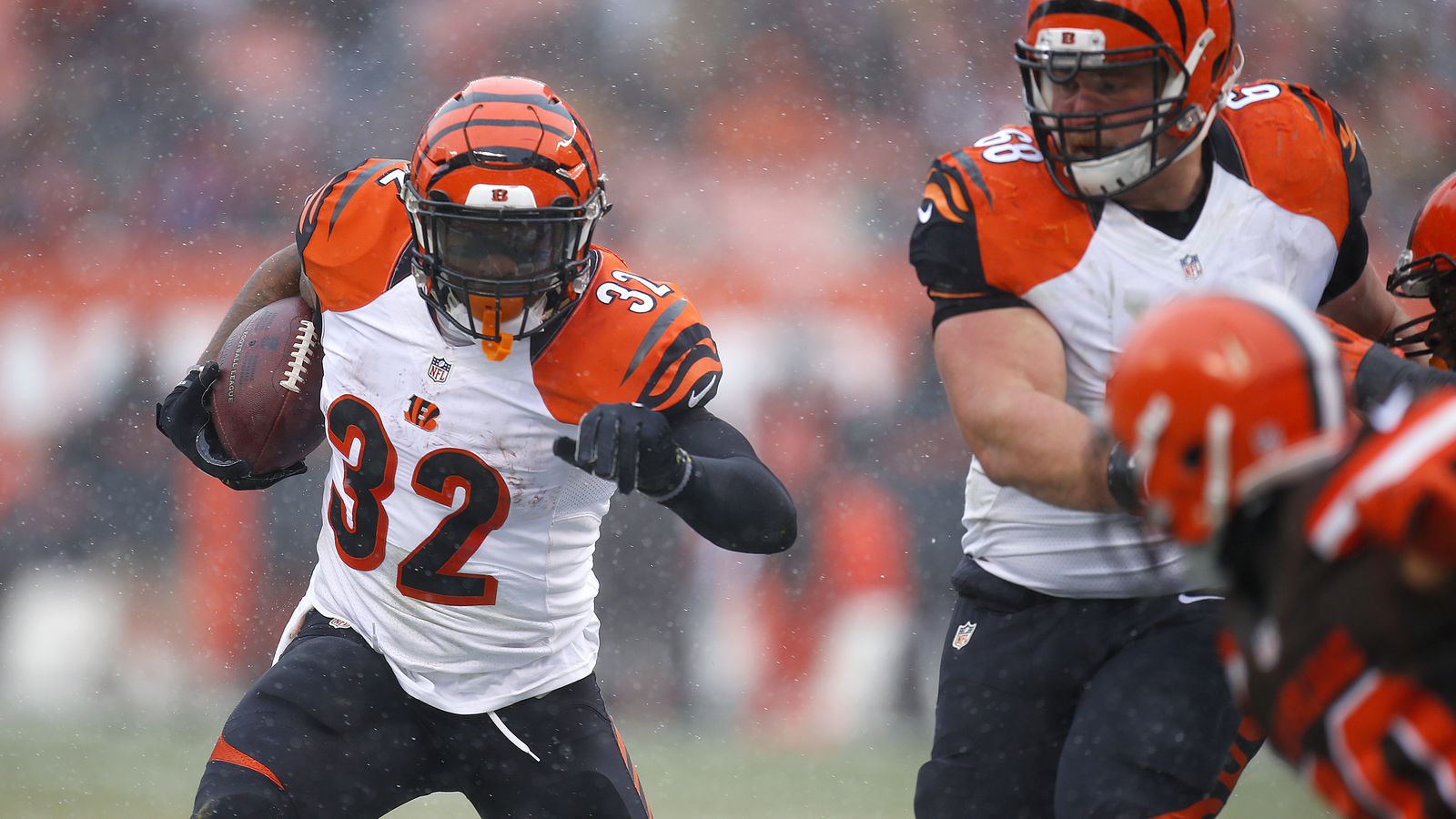 The Bengals completed their season sweep over the Browns in convincing fashion, although there were still some noticeable holes that will need to be ironed out going forward. 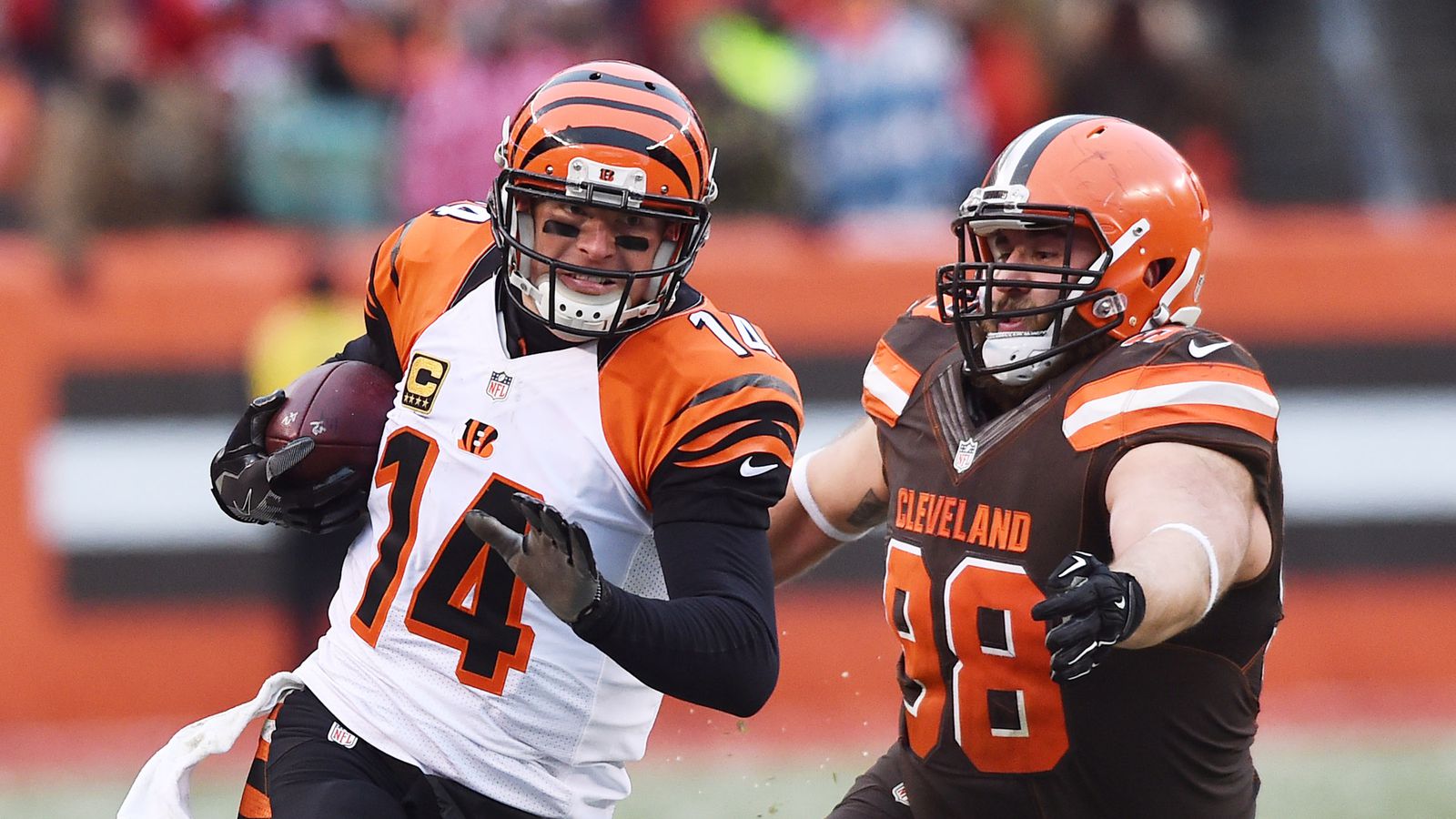 The Bengals saw some good performances this week and did enough to win on Sunday, but they could have performed much better in certain areas.

Lack of preparation and inability to stop the read-option: If there is one thing Griffin did well on Sunday, it was using his legs to make plays. Some figured his carries would be limited because of his history of injuries, but he did have seven carries for 31 yards and a score. During the telecast, you heard Steve Tasker and Steve Beuerlein both mention that in their pre-game meetings with Bengals defensive coordinator Paul Guenther, they didn’t really prep for Griffin and the read-option. A curious proposition, if true, but Griffin made them pay for it, either way.

No answer for Jamie Collins: The former Patriots linebacker who joined the Browns just before the trade deadline had a whale of a game against the Bengals. As part of the blocking issues seen all season, Cincinnati just didn’t have an answer for Collins, who was one of the few defensive players to come to play for Cleveland. Collins had 15 total tackles and a sack against the Bengals.

Mike Nugent: What more can we say at this point? Another missed field goal and missed extra point occurred on Sunday, making Nugent the NFL kicker with the most overall missed kicks in 2016. He did make two extra points and a field goal against the Browns, but misses can’t continue to happen if the Bengals are to actually make an improbable late-season playoff push. These type of things actually can’t happen no matter the state of the team.

Isaiah Crowell and the lack of a run defense: What is it with Crowell and the Bengals? That isn’t to imply that Crowell isn’t a good running back, but it seems as if his best games come against Cincinnati. In fact, as a rotational back with Cleveland, Crowell has had 62 carries, 334 yards (5.4 yards per carry) and two touchdowns in six career games against the Bengals. His best performance came this Sunday with 10 carries for 113 yards, while Duke Johnson had four carries for 24 yards and Griffin using the read-option effectively.

Pass protection, or lack thereof: What has happened to the Bengals’ offensive line? The right tackle spot is a mess and pressures were given up in the interior on Sunday. The Browns entered Week 14 as the worst team in sacking the quarterback, but still nabbed four against Cincinnati’s struggling line.