The Steelers took the lead in the race for the AFC North, with the finish line in sight. Even after a disappointing loss, the Ravens still have a few routes to make the playoffs, but they will have to do something they’ve struggled with all season. Robert Griffin III struggled Sunday, but is it fair to judge him for it?

Week 14 seemed to go perfectly for the Steelers’ playoffs hopes as they now sit atop the AFC North, but the Ravens still have a great chance at making the postseason as well after failing to complete their comeback against the Patriots. The Battle of Ohio ended with another Bengals win, but on the Browns’ end of the matchup, did Robert Griffin III show any sign of hope?

On a day where the weather was a factor and Ben Roethlisberger struggled at times (three interceptions), Le’Veon Bell was the driving force behind the Steelers’ win. Bell finished the day with 298 yards from scrimmage along with all three of Pittsburgh’s touchdowns. Bell actually outgained the entire Bills’ offense on Sunday.

Bell also finished with more than 40 touches, including four catches. It is concerning to see Bell get this much run. He is easily one of the best backs in the game, but at some point, you have to think about preserving him for not only the playoffs but for the rest of his career. This is unless the Steelers don’t plan on being able to offer Bell a contract after this season when his contract is up.

The Steelers now sit at first place in the AFC North with the record of 8-5. The Ravens lost on Monday night, leading to the Steelers finally pulling ahead in the teams’ neck and neck race to the finish.

If the playoffs started today, the Steelers would have the three seed and would be facing the defending Super Bowl champion Denver Broncos in the first round.

In order to keep the division crown though, the Steelers will have to take on every team in the AFC North the final three weeks. Obviously the most important is the Baltimore game during Week 16, but the Steelers can’t afford to drop another game with the Ravens still right behind them. Even though the Bengals and Browns have had rough seasons, division games always have a tendency to get weird.

The Bengals are currently riding a two game winning streak and their defense has been playing very well. A.J. Green is expected to practice this week, which would just add another wrinkle to the Bengals’ offense, which has improved with Andy Dalton learning to trust guys not named Green.

It would be a significant long shot for the Browns to upset the Steelers in Pittsburgh, but if the Browns are 0-15 at that point, expect those players to come out and play like it is the Super Bowl. Never doubt a team fighting for pride. Plus, the Steelers always seem to play down to their opponent’s level. But in all seriousness, the Steelers will probably win that game and make the playoffs.

The Ravens’ defense and special teams get an A for effort, but that won’t put a W in the win column. The Ravens fell behind early. The score was 16-3 going into halftime, but the Ravens clawed their way back into the game, thanks to two special team fumbles inside the Patriots’ 20 yard line.

Big plays killed the Ravens all game as Tom Brady and company carved up the Ravens’ secondary. Brady completed 25 of his 38 passes for 406 yards and three touchdowns. That included a 79 yard dagger that gave the Patriots a 30-20 lead right after the Ravens pulled within three.

Another issue was the Ravens’ ability to drive the length of the field.

Ravens did not have a TD drive longer than 22 yards tonight. Cannot beat elite teams if you can't consistently sustain drives #RavensTalk

That is an issue. The Ravens only converted six of 16 third downs. You can’t beat good teams if you struggle with getting down the field consistently.

If the Ravens hope to make the playoffs, they need to start winning games like this one. 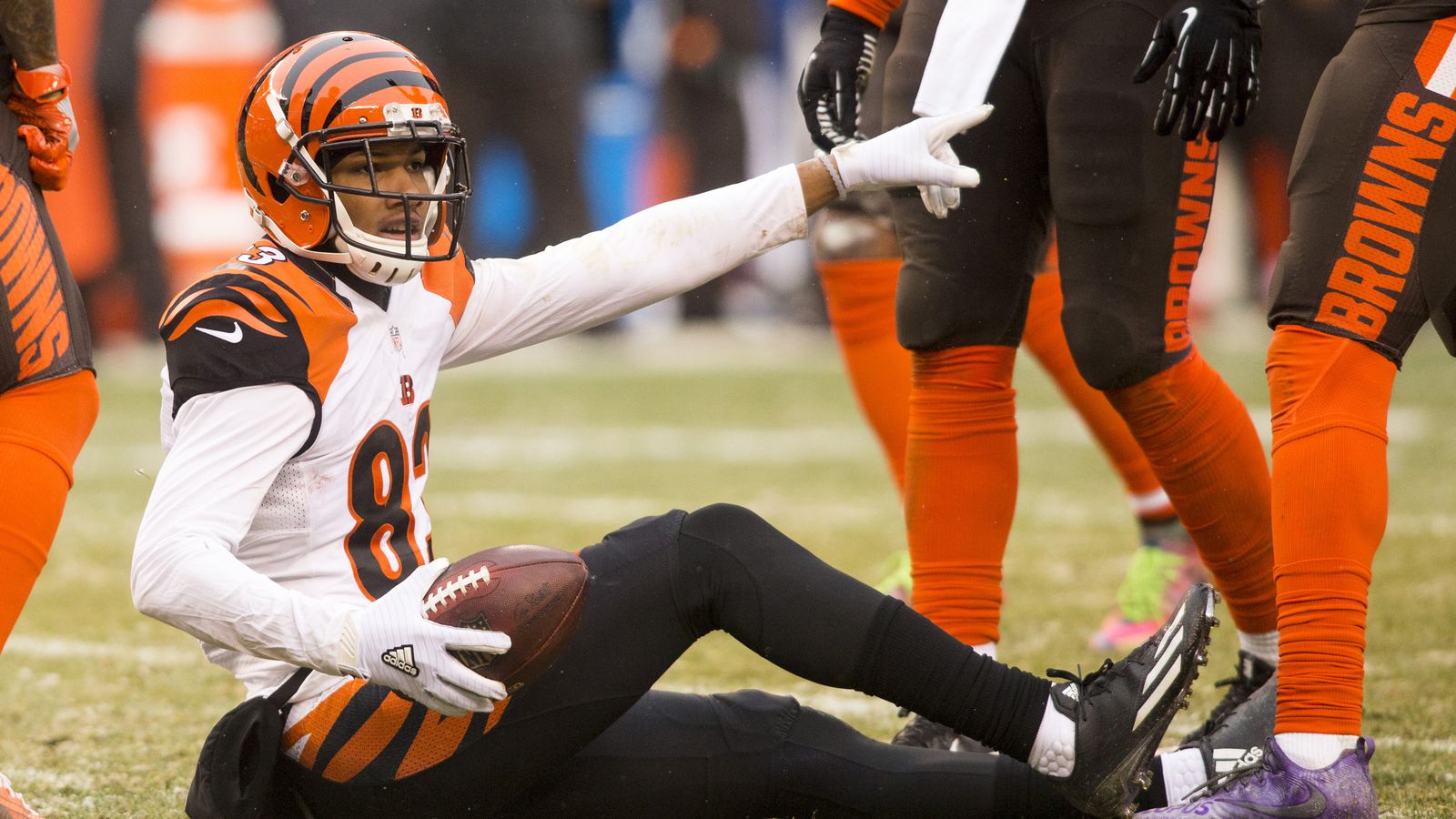 Cincinnati’s young players contributed heavily in the Battle of Ohio to help churn out a win. 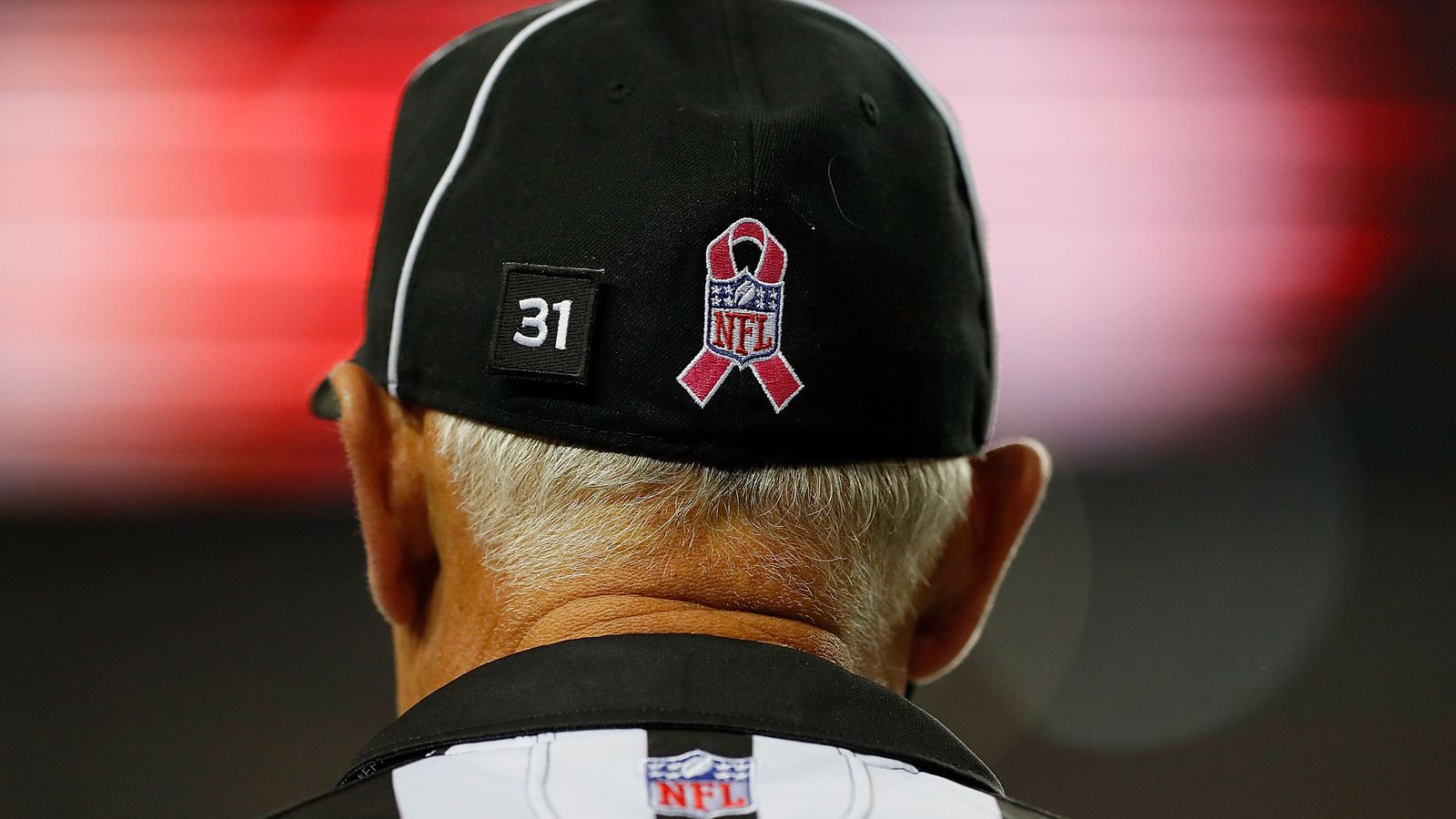 NFL playoff picture with Steelers in control of AFC North

After the Ravens’ Monday Night Football loss to the Patriots, the Bengals remain in mathematical contention for the AFC North crown. Though, logically speaking, it’s not going to happen.

Baltimore temporarily out of playoff picture

The Ravens fell to 7-6 on Monday, and no longer sit atop the AFC North. They now sit at eighth in the conference. Still, there is hope for the Ravens to still make the playoffs

The first thing working in the Ravens’ favor is that they still have a game against the Steelers, who are only one game ahead of them. If the Ravens can win that game, they will hold the tiebreaker (with two wins over the Steelers) if both teams finish the season with the same record.

The second thing working in the Ravens’ favor is the two teams ahead of them for the final Wild Card spot both lost on Sunday, and one of them may have suffered an injury that could take them out of the running.

Ryan Tannehill is expected to miss multiple games after he suffered an ACL and MCL sprain. The Dolphins are optimistic he will be able to return, but it may not be until Week 17 or the playoffs, if the Dolphins get there. For a team that has already had a history of struggling to finish out the season, this could be a death blow.

The Broncos also have a rough remaining schedule. The Titans were seen as the Broncos’ last favorable matchup of the season, and Tennessee won the game. Denver finishes out the season at home vs New England, at home vs Kansas City and on the road in Oakland. All three of those teams are likely to make the playoffs and all three are still highly motivated to maintain their playoff positioning. The Patriots will be looking to lock up the top seed in the AFC while and the Raiders and Chiefs will be battling for the AFC West division title until the final week of the season. It would be surprising if the Broncos pulled off a win in any of these games.

If the Ravens don’t win the AFC North, they’ll need some help from the Broncos and Dolphins (by way of them losing a few games) to make the playoffs.

The Ravens haven't won a road game since Sept. 25. Their only road wins this year are in Cleveland and Jacksonville.

The Ravens play at home against the Eagles this week, but their final two games are on the road against the Steelers and Bengals. So the Ravens’ road to the playoffs depends on the team winning on the road.

There was a lot of talk heading into the game and after the game about Terrelle Pryor Sr. Pryor apparently started in Week 7 during warmups when he told Paul Guenther he was going to get Adam Jones. Now, Pryor’s coach is telling his player to cool it with the antics.

"I don't think (that has) any place in the National Football League, especially on our team," Hue Jackson said, per Pat McManamon of ESPN.com. "We're going to try to get all those things quieted down. We're just going to play football, be the best football players we can be. Let's get away from all of that."

Jones and the Bengals defense held Pryor to one catch for three yards in Week 14 after holding him to two catches for 18 yards in Week 7, his worst two games of the entire season.

Jackson might have a point. Maybe the Browns should focus on actually winning a game before their players make such bold claims.

Jones isn’t even the first player to have an issue with Pryor (who’s on an 0-13 team) this season. Sounds fishy...

Miserable is the best way to describe the day for Griffin III in his return to the field. He finished with 104 passing yards and completed 42.9% of his throws. He had a touchdown on a quarterback sneak, but that was the lone highlight. It wasn’t just Griffin who had a bad game though.

The Browns receivers dropped quite a few passes, including one where Griffin hit his receiver right in between the numbers, wide open on the goal line, only to have the pass dropped.

It also doesn’t help when your team falls into a hole so early and makes your offense one dimensional. The Browns were running the ball well, too. Isaiah Crowell finished with 113 yards on just 10 carries, but the Browns couldn’t stick with the run game.

Finally, the issue that has been the biggest constant for the Browns’ offense is their offensive line. The Bengals were able to get to Griffin off his spot consistently, and it showed in his performance. This could be a reoccurring theme for Griffin in these final three games. It won’t look good, and it won’t be completely fair to make a judgement on Griffin under these conditions, but the NFL doesn’t care about fair.