Atkins is the first Bengals player to win one of the NFL’s Player of the Week awards this season.

Bengals defensive tackle Geno Atkins was named the AFC Defensive Player of the Week, for his performance in the Bengals’ Week 14 win over the Browns.

In a dominating game, Atkins had two sacks of Robert Griffin III, on consecutive plays in the fourth quarter. The Browns never really had a chance to comeback in the game, but, he officially ended any hope of that with his first two-sack game of the season.

Atkins had two additional quarterback hits (total of four) and led the line in tackles (five). He raised his season sack total to 6.5, a half-sack off the NFL lead among interior linemen. Since 2010, Atkins leads all NFL defensive tackles with 49.5 sacks. 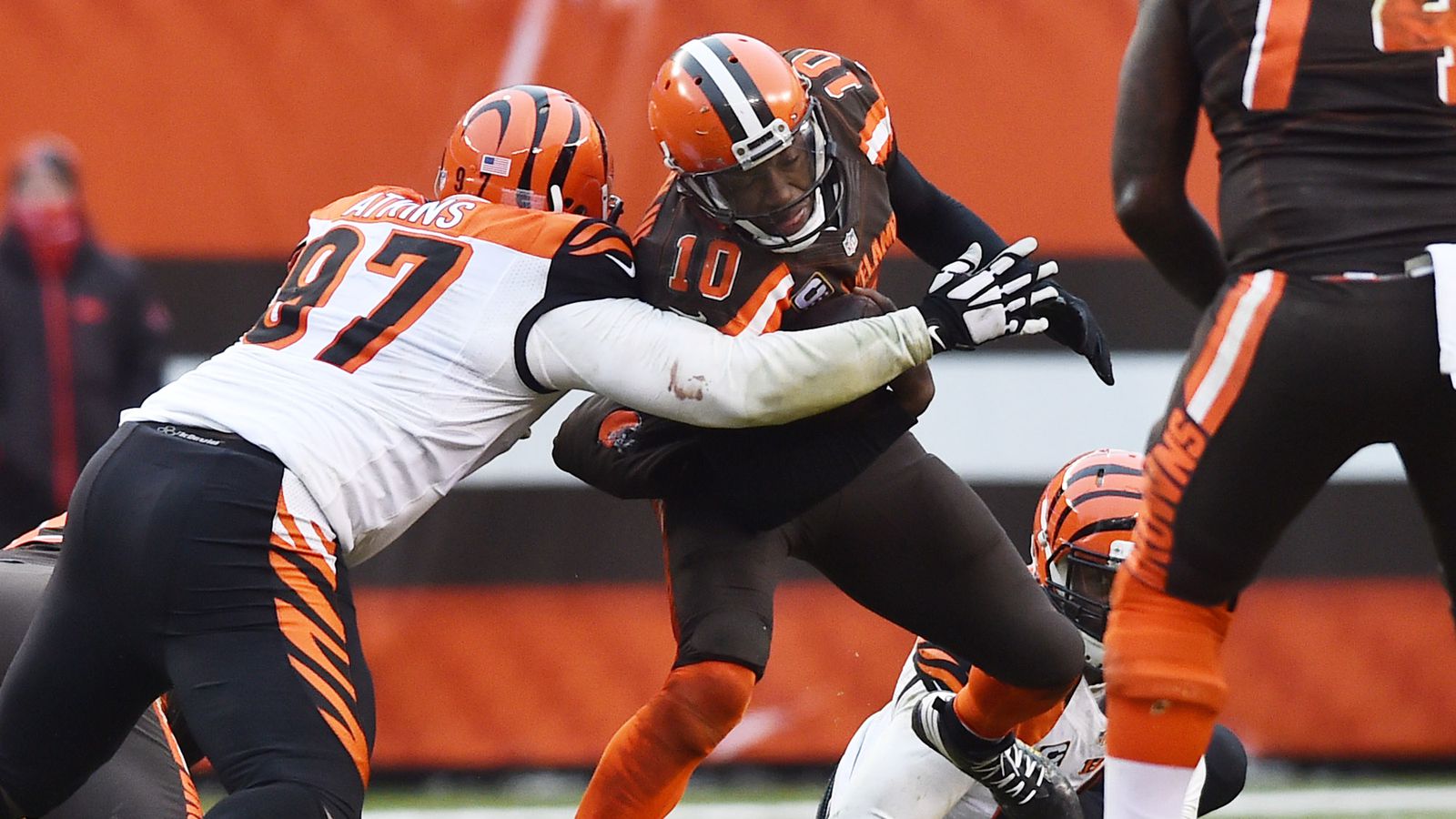 Weekly Lineman: Understanding context on a sack filled day for Bengals vs Browns

Atkins leads the Bengals for the season in tackles-for-loss (11), and he’s tied with defensive end Carlos Dunlap for the team lead in total QB hits (21).

This is the second AFC Defensive Player of the Week award for Atkins, who also was named for his performance in a 13-10 win at Pittsburgh in 2012.

Congratulations to Atkins on this honor! Let’s hope he can replicate it when the Pittsburgh Steelers come to town for a much tougher matchup in Week 15. Fittingly, Steelers running back Le'Veon Bell was named AFC Offensive Player of the Week this week. So the best offensive and best defensive players from the AFC in Week 14 will be on the field at the same time on Sunday in Week 15.