Share All sharing options for: Le’Veon Bell claims Bengals will target him on Sunday

Superstar Steelers running back Le’Veon Bell is chirping away heading into Sunday’s game. Bell, a surefire MVP candidate, has totaled over 160 scrimmage yards in the NFL this season, something that if continued, could propel him into the record books alongside some of the greatest running backs of all-time. Yet despite his success, Bell, for whatever reason, felt the need to speak his mind on the Bengals and create some controversy heading into Sunday’s matchup.

"I'm pretty sure they are going to do whatever they got to try to get me off the field. It is what it is. I understand that," Bell said, per ESPN’s Jeremy Fowler. "The last two times I've played them, it's been that way. I'm obviously not going to let it happen a third time. I'm going to be prepared for everything. Got to, because with my mindset I have to be smart about it." 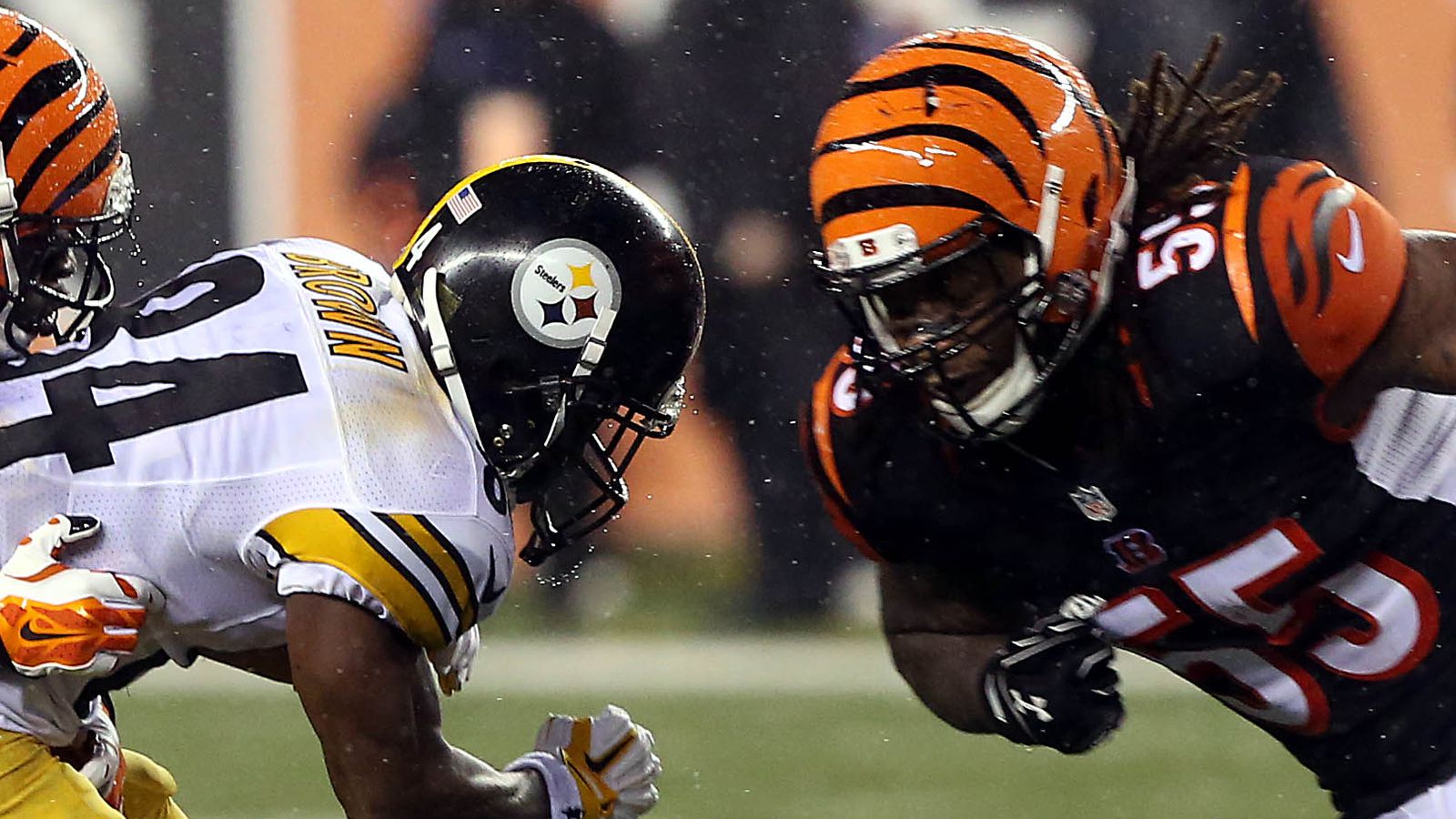 Antonio Brown opened up about Vontaze Burfict and his in-person apology this offseason. 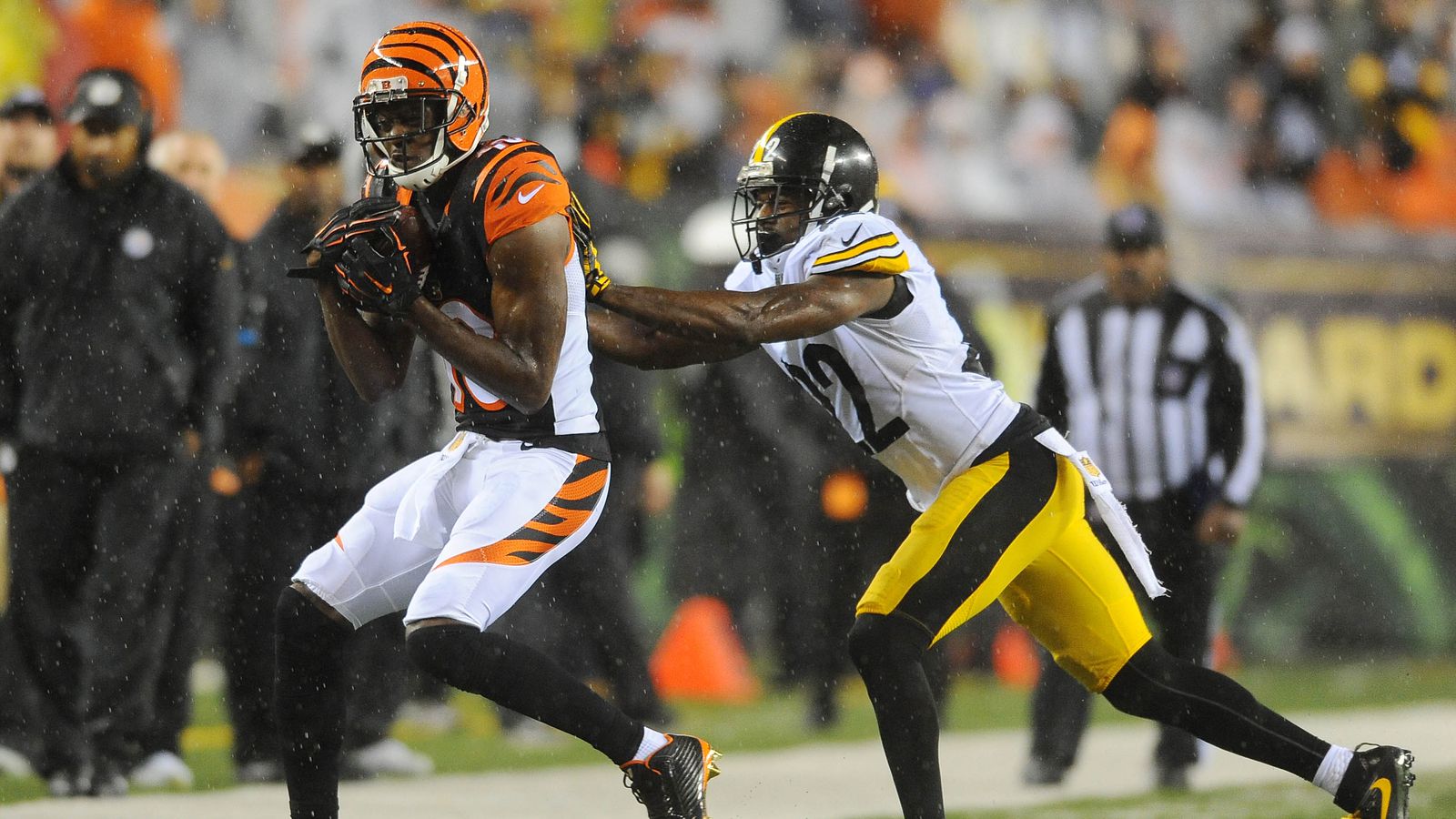 All eyes will be on A.J. Green this week as he attempts to return from a partial hamstring tear.

Bell, of course, is referring to the first 2015 matchup between these two teams, in which the running back sustained a knee injury on a Vontaze Burfict tackle — one that was a clean, to virtually every football fan outside the city of Pittsburgh as well as being clean per league rules. The running back also suffered a knee injury late in the 2014 season against the the Bengals, taking a low blow from former Cincinnati safety Reggie Nelson, one which he seems to be insinuating was an intentional cheapshot despite previously stating he believed Nelson’s hit wasn’t deliberate.

But when you’re a running back taking hits on a weekly basis, it’s possible the repeated head trauma catches up.

Bell wasn’t done there. The running back resorted to taking the high-and-mighty approach, claiming he’s above the antics, despite being the only member of either team to really stir the pot this week.

It’s disappointing to see Bell — a guy who despite an early-season suspension, has put together an MVP-caliber season — resorting to trash talk heading into this week’s matchup. The antics between Pittsburgh and Cincinnati seemed to be in the rearview following the January matchup between these teams. For those who don’t remember, Vince Williams, Stephon Tuitt and former Steeler Steve McLendon even stood up for Burfict, saying the linebacker is far from a “thug” like the media has portrayed him to be. Tuitt even said Burfict “is an enforcer and is basically doing what [the Steelers] do” in an interview with PennLive’s Jacob Klinger.

For the players’ sake, let’s hope these two teams refrain from baiting their opponents and trying to take cheap shots. The rivalry between Pittsburgh and Cincinnati is much more enjoyable when each team can get out of the game without significant injuries.