Bengals’ loss to Steelers is on the coaches

After the Bengals came out firing in the first half against the Steelers, they hit the all-too-familiar wall, which led to a heartbreaking loss.

Share All sharing options for: Bengals’ loss to Steelers is on the coaches

The first half of the Bengals’ Week 15 action against the Steelers was probably the best we’ve ever seen the team play against the Steelers in the Marvin Lewis era. As they grabbed a 20-9 halftime lead, Cincinnati was playing like a squad who knew their playoff life was on the line while hosting their bitter rivals in a critical late-season rematch for both teams.

Then, something must have taken hold of each team in their respective locker rooms at halftime. Cincinnati came out totally flat by the time the third quarter started and once again were their own worst enemies, while the Steelers seemingly realized who they are and took it to the Bengals once again on their home turf.

In the first half, the Bengals had some surprising success running the football, led by Jeremy Hill’s 14 carries for 44 yards and a score. Yet, despite carrying a more than two-possession lead at home at the onset of the third quarter, Cincinnati was unable to run the ball with any effectiveness. In fact, things were so bad that Hill had six carries for a loss of one yard in the second half.

We can lay the post-half blow-up by the Bengals on the players all we want, but the fact remains that the coaching staff not only chooses who stays on the final roster, but they’re also in charge of giving those players effective game plans for success. All facets combined for another gut-wrenching loss that has sadly become part and parcel for the Bengals in this rivalry.

Marvin Lewis and Mike Brown are notoriously conservative, and that permeates through the entire staff and down to the players. It was painfully evident once again against the Steelers. The approach initially worked, but the inability to continue the success after halftime plagued Cincinnati in a must-win game.

Depending on how you formulate yards per attempt by quarterbacks, Andy Dalton had a poor performance, which has become customary for Bengals quarterbacks under Marvin Lewis against Pittsburgh. Dalton finished with 27 total attempts for just 157 yards, equating to less than six yards per attempt. Conversely, Ben Roethlisberger had 286 passing yards on 36 attempts, putting him closer to eight yards per attempt.

I know A.J. Green wasn’t on the field, but come on. Roethlisberger had four receivers with gains greater than 20 yards, while the Bengals’ receiving corps only had one such gain. This is a direct reflection of Lewis and Ken Zampese calling an uber-conservative game and Pittsburgh didn’t show any respect for downfield play calls as a result. Did we mention that Tyler Eifert had three targets all day?

The conservative nature also bled over to Paul Guenther’s side of the ball as well. After playing physically for the entire first half, Cincinnati’s defensive coordinator didn’t change his approach at the half and preferred to play soft zone as the aging defensive line struggled to get to Roethlisberger all afternoon. The defense had 1 sack all afternoon (credited to Geno Atkins) while the offense allowed Dalton to take one as well.

After Le’Veon Bell couldn’t get much on the ground in the first two quarters (just 27 rushing yards at the gun), Steelers offensive coordinator Todd Haley changed things up as the third quarter started. On many occasions where it seemed like Pittsburgh should and would run the ball, they went with gutsy pass plays and it usually paid off. What if Leonard Fournette falls to Bengals in 2017 NFL Draft?

Though the Bengals’ season is far from over, we look at an opportunity they may have ahead of them in drafting a game-changer in the 2017 NFL Draft. 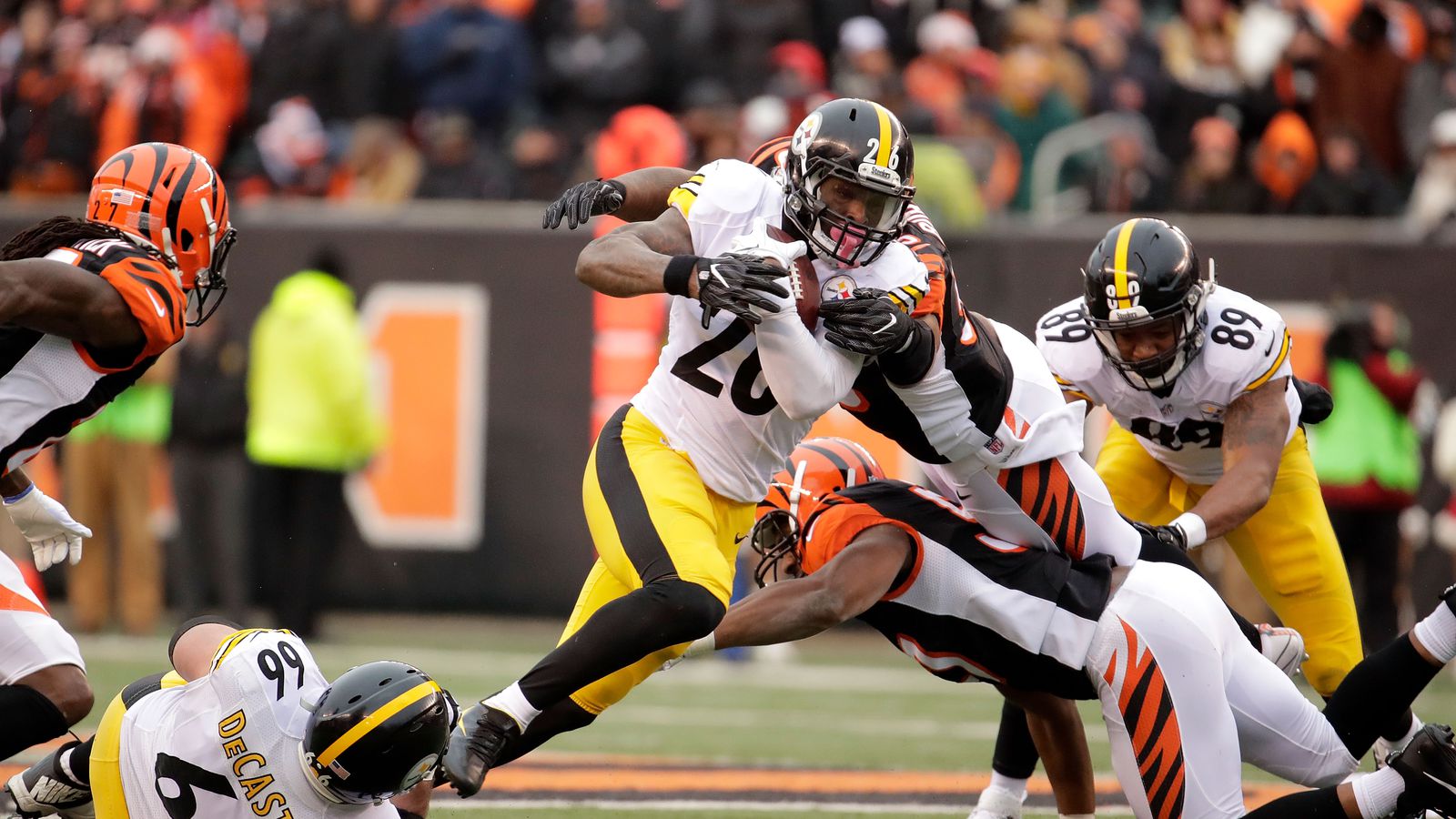 The Bengals couldn’t keep their momentum after a hot start, losing another game to the Steelers.

Lewis’ teams, while competitive, just do not make in-game adjustments. One huge recent example was the January 2014 Wild Card game against the Chargers, while this Sunday’s loss with zero points in the two final quarters once again was a fail for Lewis and rookie offensive coordinator Ken Zampese.

Additionally, many tangible and non-quantifiable aspects were prevalent after halftime. For instance, the intensity seemed to be at a much lower level than it was throughout the first half, calling into question what the message was at halftime.

Aside from the lack of the offensive yardage output in the second half, the Bengals had seven second half penalties. At least two were ticky-tack, but the same issues that led to the Bengals having a heartbreaking loss against the Steelers in January reared its ugly head again this Sunday. There was a point in the fourth quarter where the Bengals had four defensive penalties in a row and moments later, the Steelers took their first lead of the game.

What makes that aspect especially disappointing is the supposed offseason message of composure. With just one penalty against the Bengals in the first half, it’s mind-boggling that Cincinnati fell apart the way it did on Sunday. Coaches don’t want physical players to play a different brand of football than they are used to, but making guys like Vontaze Burfict and Adam Jones (who both had unnecessary roughness penalties on Sunday) aware that they’re under the watchful eye of the officials should be hammered home.

Someone has to step up and make plays:

The defense held their ground for most of the day, but there were other opportunities for them to put the game away. Whether it was letting up a 3rd-and-17 on the first possession of the third quarter, or four straight penalties on the defense to lead to the killing touchdown in the fourth quarter, the defense wasn’t immune to criticism for allowing 15 consecutive second half points and 18 unanswered points in total.

What changed in those mere minutes between the second and third quarters to alter the game? Though spark plug Vontaze Burfict left for a brief period of time, he returned for the second half, yet the entire defense failed to play with a similar tenacity. It’s up to the coaches to get their units to maintain a winning level of play for four quarters.

Additionally, Guenther’s unit has been marred by missed opportunities. The defensive players have not taken advantage of a number of possible turnovers. Sunday against Pittsburgh was yet another example. While the players in the secondary batted a handful of passes away, other players had an opportunity to create turnovers and possibly change the outcome of the game. Michael Johnson had an easy interception fall through his hands (for the second week in a row), while a couple of other fortunate opportunities, like a Roethlisberger second half fumble, didn’t go Cincinnati’s way.

It’s hard to pin this intangible facet on one person, but sometimes the “clutch factor” is contagious. Whether it’s the “grab your players by the collar and make a play” type of thing, or just putting them in the biggest chance to succeed in any given situation, the Bengals’ coaching staff isn’t doing a good enough job to get their team ready to play in huge moments.

Marvin Lewis even seems to know it.

“I feel like I’ve not found the right buttons to push to get us to where we need to be,” Lewis said after the loss. “I always take credit for that. I’m never going to blame somebody else. It’s my job to figure out why we don’t get it to where it needs to be. We’ve been short.”

While this season is a lost one, Lewis’ inability to find “the right buttons to push” can’t continue in 2017 and beyond.