The Bengals’ offense was incapable of moving the ball on Sunday and the defense was undisciplined. Those things combined for a loss and many poor grades for Bengals players from PFF.

Despite the wholly disappointing outcome of the Bengals’ season and Sunday’s loss to the Steelers, Cincinnati did earn some good grades this week from Pro Football Focus.

On offense, the unit was led by Kevin Zeitler (83.0), Andrew Whitworth (83.0), Brandon LaFell (82.5), Jake Fisher (76.2), and Russell Bodine (75.2). For the second week in a row, a poor second half performance put a damper on the overall grades, not reflecting how good the offense looked in the first half.

It was essentially the same story on defense, albeit with the grades ranging a bit more. Adam Jones (85.6) received the only ‘High Quality’ grade on the team, while Geno Atkins (81.8) also had an above average game. Shawn Williams (76.9), Margus Hunt (74.2), and George Iloka (68.7) rounded out an unimpressive top five.

Does Andy Dalton miss A.J. Green on the field? It certainly seems so after he ended up with a fairly poor overall grade this week (43.2). Dalton only completed three of seven passes to the left side for a total of 19 yards. His 1 interception also came on that side of the field and he didn’t even try to throw the ball beyond 20 yards once to that side.

That said, despite the fact that Green’s absence is clearly being felt, it seems that Brandon LaFell is stepping up. He has been pretty good lately, but this week, he had his best game since Week 1. His receiving grade (82.7) ranked among the top five receivers in the country this week while he was targeted more than twice as much as any other Bengals receiver. If only he could have recorded a better run blocking grade (47.8), which the Bengals certainly could have used.

The Bengals saw a somewhat improved performance from their offensive line this week, although still not enough to prevent Dalton from being pressured or blitzed on 60 percent of his dropbacks. Andrew Whitworth and Kevin Zeitler only allowed one pressure between them and graded very well as run blockers. Still, the biggest problems came directly from Dalton this week, who wasn’t at his best.

The offensive line’s solid run blocking wasn’t helped much by Ryan Hewitt, who recorded a very bad run blocking grade this week (33.7). But running back Rex Burkhead still managed to find his opportunities to record 50 yards from the line of scrimmage on seven attempts. Adjusted for some of the negative plays, he recorded an impressive 4.6 total yards per run this week and forced a missed tackle in the process. He ended up with a good overall grade (71.7), which is rather impressive for a third string running back who rarely sees playing time. Only nine other running backs ranked higher this week and only 24 other running backs have ranked higher all season.

One of the biggest stories leading up to this week was speculating on how Vontaze Burfict would play in his first match against the Steelers since the infamous Wild Card game and his subsequent suspension. His performance wasn’t dominating and he was hurt during the game. He received a below average overall grade (64.5), but it would have been much higher if not for a questionable unnecessary roughness penalty that destroyed his discipline grade (8.3). He was also shaky in pass coverage (51.2), but made up for it with some solid run defense (73.9). That grade includes two missed tackles, but otherwise, he was on point in the running game.

Two other Bengals players finished with poor discipline grades. Pat Sims (5.7) received an unnecessary roughness penalty and was also poor in run defense (45.7). He recorded a solid pass rush grade (74.2) due to two quarterback hurries, but overall his performance hindered the Bengals’ outcome. Adam Jones also received a poor discipline grade due to a taunting penalty, but he played well overall this week (85.6), which was nice to see.

Slot cornerback Josh Shaw had his lowest graded game of the season, struggling both in coverage (44.6 coverage grade) and run defense (42.8 run defense grade). In coverage, he allowed three receptions on four targets for 77 yards, including a 24 yard touchdown to Eli Rogers and a 32 yard completion on a go route to Antonio Brown. The Bengals have been using Shaw in the slot over Darqueze Dennard, who only played five snaps on defense on Sunday.

Elsewhere on the defense, Karlos Dansby was regarded as “pathetic” by PFF. Dansby led the Bengals with three missed tackles in run defense and made just one stop. Dansby generated a 37 run defense grade and 37.9 overall grade from PFF. Things weren’t much better for Dansby in coverage, where he gave up two catches on two targets for 41 yards and earned a 48.2 coverage grade. Dansby finished as PFF’s 62nd ranked linebacker this week. Ouch.

It is also worth pointing out that Margus Hunt had a solid game this week, after also performing well last week. Against the Steelers, he recorded one of the Bengals’ best defensive grades (74.2). After a hot start, Hunt disappeared for a few weeks and looked to be blowing his chance at a contract extension. Two decent back-to-back games are nice to see from Hunt, but still, he needs to prove more to stick around in Cincinnati beyond his rookie contract. 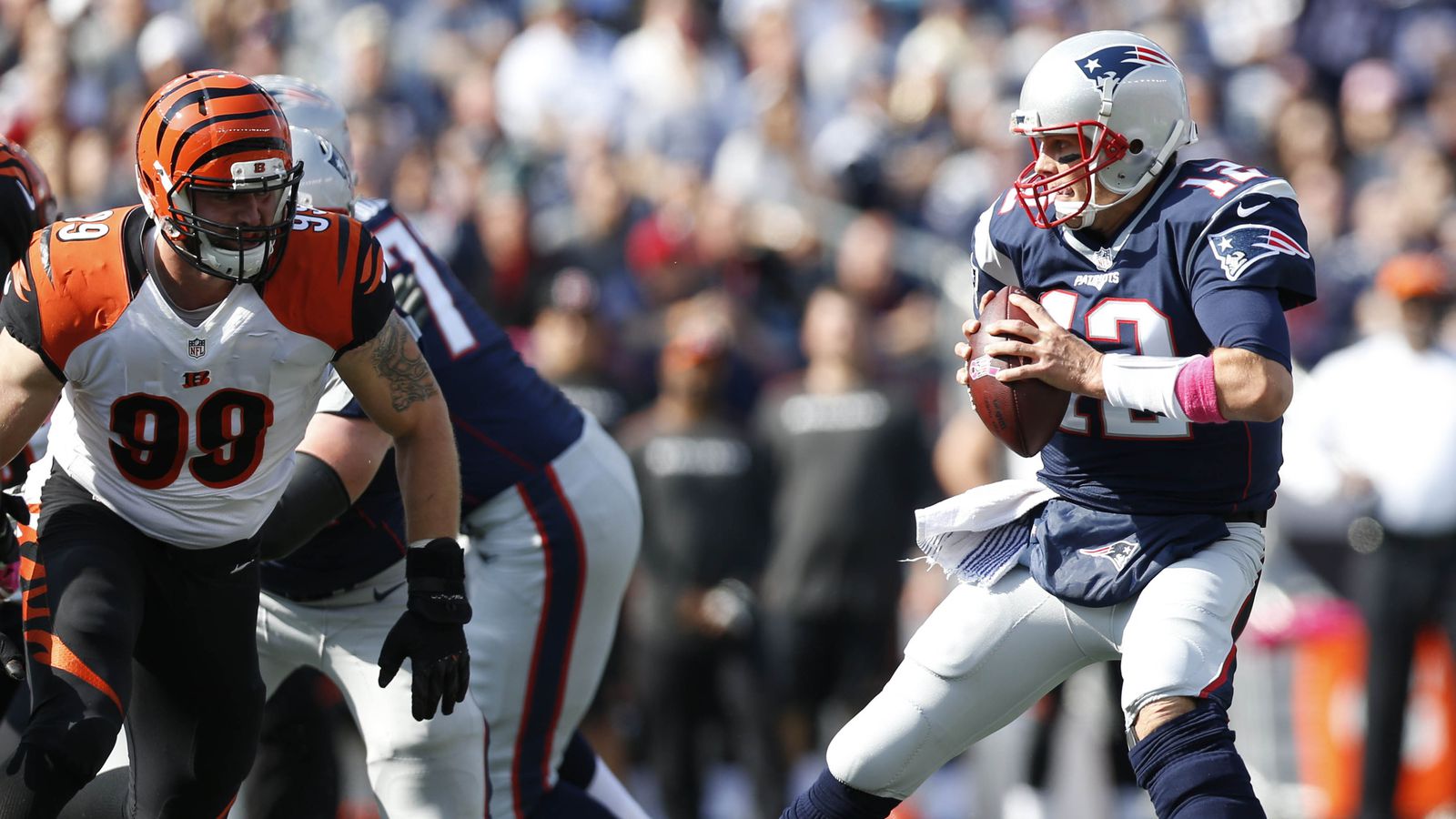 Margus Hunt has failed to make enough of an impression in a contract year to justify returning to the Bengals next season and he only has a few weeks left to show other teams he's worthy or their consideration.