These matchups will be critical to the Bengals’ hopes to salvage something positive out of the 2016 season.

Share All sharing options for: Bengals vs Ravens: Top 3 player matchups to watch

There’s five games left to play for the Bengals this season and regardless of how much they mean in the long run, the Bengals still have a job to do and that job is giving the fans something to cheer about. It also means that they can experiment with the talent on their roster while worrying less about the consequences it will have for their chances to win. If they do happen to find a way to win, these last five games could allow the team to prove they have something to build upon in 2017. Consider the rest of the season an audition for next year. With that in mind, here are the matchups you’ll want to watch this week as the Bengals take on the Philadelphia Eagles at Paul Brown Stadium.

Nigel Bradham has been a strong component of the Eagles’ recently fantastic play against tight ends. They’ve faced strong players like Gary Barnidge, Jordan Reed, Kyle Rudolph, Jason Witten, and Jimmy Graham this season. But, despite the competition, the Eagles’ defense has managed to hold opposing tight ends to an average of two catches for 20 yards per game.

Eifert is arguably far more talented and motivated than any of those players listed. Since returning to the active roster five weeks ago, he has played relatively well. His touchdown count (two) isn’t anywhere near where it was last year (13), but his total yardage after five games (312) is currently on pace to surpass his career high mark from last year in 13 games (615). He’s doing that despite currently recording his lowest catch percentage of his career (58.3).

With superstar wide receiver A.J. Green out, the Bengals are going to try to feed Eifert at every opportunity they get. Going up against such a stout defense against tight ends, it’s hard to say exactly how effective he can be. But, one side has to give here, and whichever one does will probably determine the Bengals’ effectiveness on offense throughout the game. 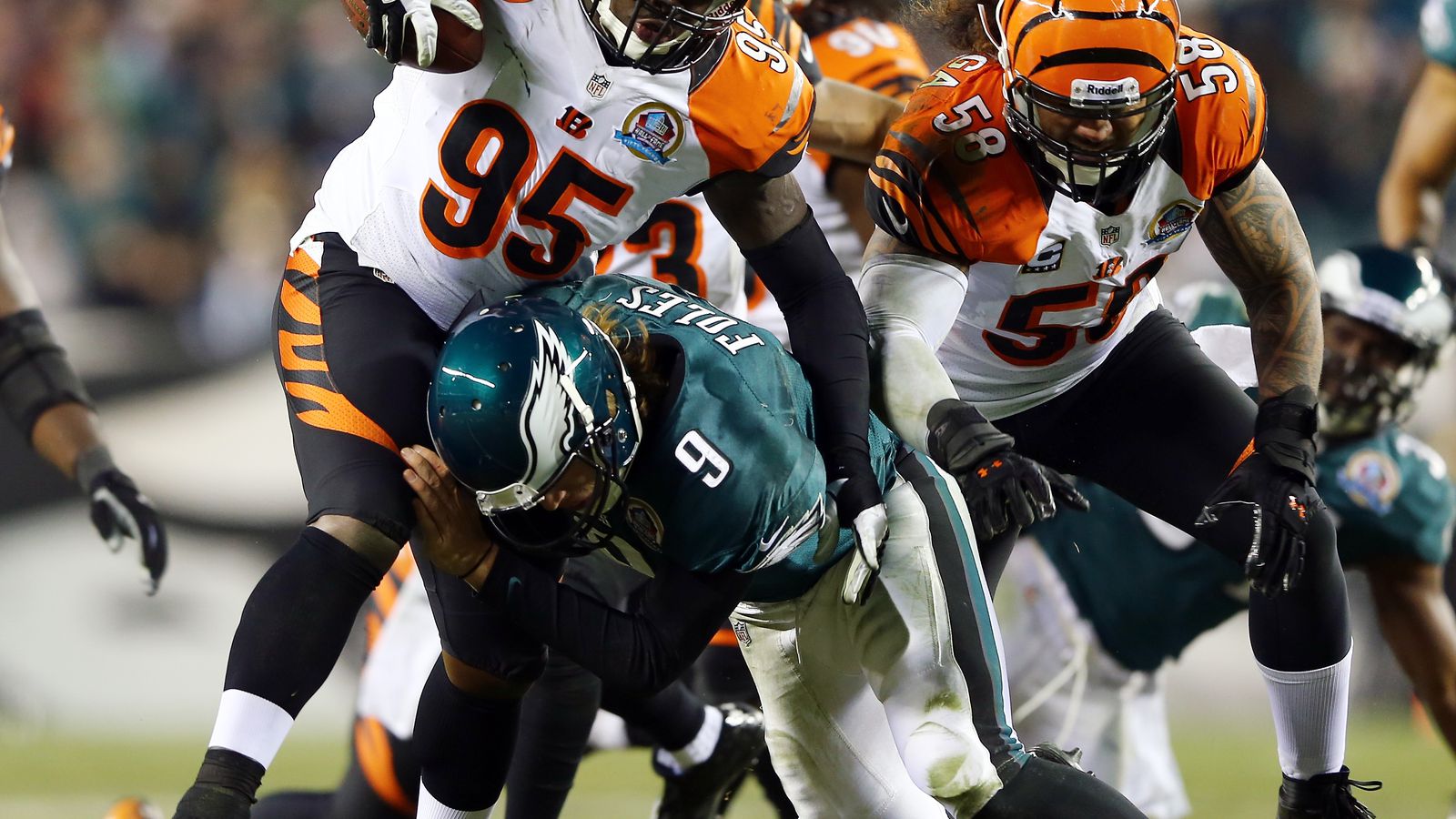 The Bengals are still looking for their first win post-bye week, as they host Carson Wentz and the Eagles. 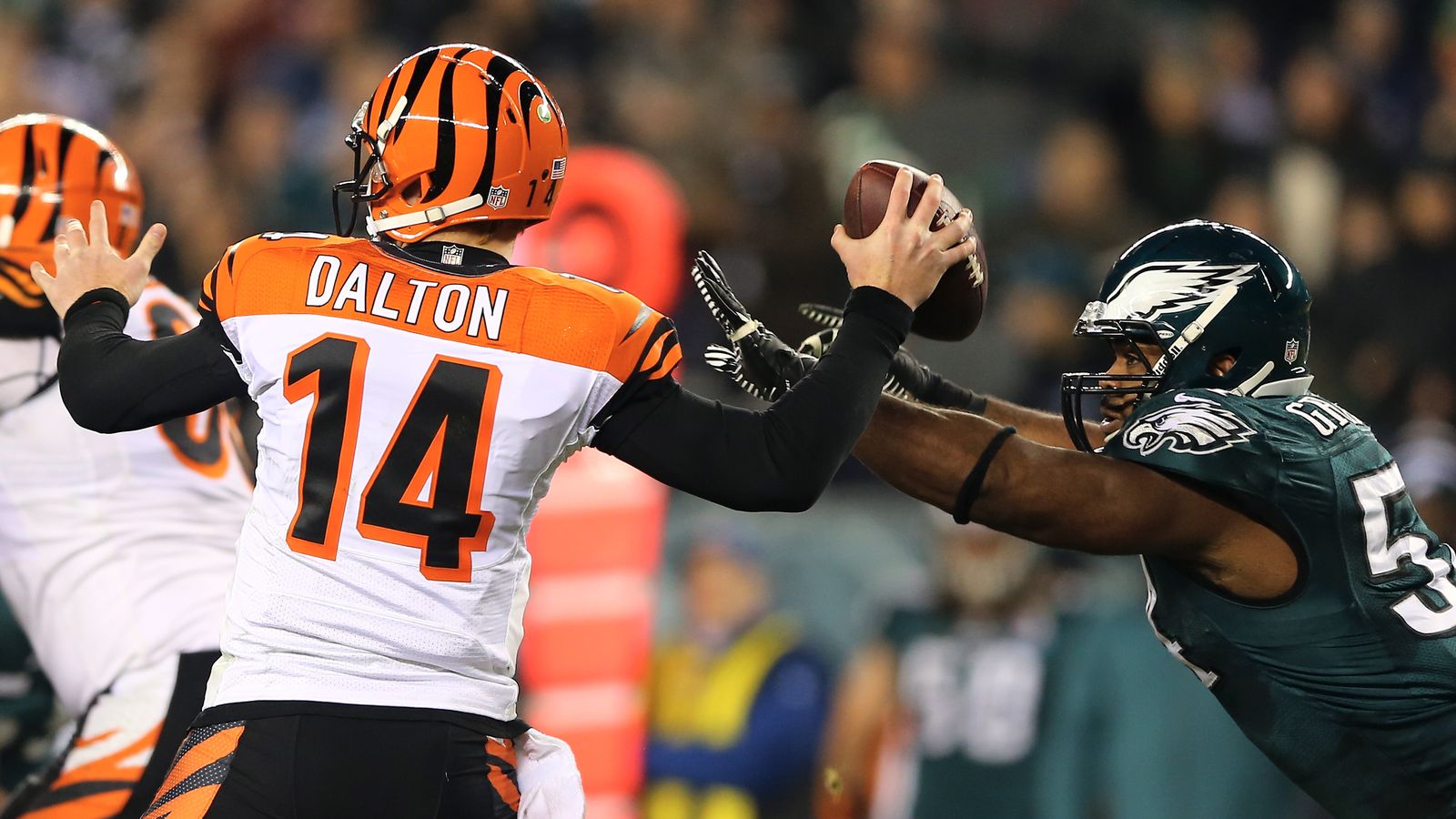 Bengals vs Eagles: A test of fortitude

Stefen Wisniewski was seen as one of the best, if not the best, free agent centers this past offseason. The Eagles ended up winning the competition to earn his services, but kept him around primarily as a backup. He has been starting at left guard lately in place of the injured Allen Barbre and has been playing well enough to impress the coaching staff and fans alike.

That said, Geno Atkins might be his toughest matchup yet. The Pro Bowl defensive tackle hasn’t been having a career year, but he has still been effective and has looked strong through most of the season. The Bengals’ pass rush has generally struggled this season, but if Atkins can win this matchup and help put pressure on rookie quarterback Carson Wentz, the Bengals will have an advantage they can exploit on defense.

Speaking of A.J. Green being out, it’s going to be interesting to see how Brandon LaFell handles being the Bengals’ No. 1 receiver for an extended period of time. Last week against the Ravens, he was relatively quiet with three catches for 38 yards. But, the Bengals signed him in the offseason for a reason and he has lived up to most reasonable expectations. His 36 catches, 457 yards, and four touchdowns so far echo his general level of production throughout his career.

This week, he is going to be primed to break out and really showcase why the Bengals made an effort to go out and sign him when he was a free agent this offseason, something they have been hesitant to do given their poor history of acquiring free agents. Not only is the superstar Green out of his way on the field due to injury, but he is going up against an Eagles’ cornerback corps that has struggled mightily this season.

Last week, Aaron Rodgers threw for 313 yards and 2 touchdowns (both to Davante Adams) in the Packers' win over the Eagles.

Don’t forget, LaFell only signed a one-year contract with the Bengals and is an unrestricted free agent at the end of the season. His performance throughout the season leads me to think he has earned serious consideration for an extension. But, his time to shine and really prove himself is going to come during these games while Green is on the sideline. He can set himself up well with a strong performance against the struggling McKelvin this week, but the Bengals should be wary of re-signing the 30-year-old receiver in the offseason if he doesn’t shine in Green’s absence.