Where the Bengals’ defense goes from here

Could a strong showing against the Eagles by Paul Guenther’s unit mean that the Bengals’ defense has turned a corner? Regardless, the team must continue to play and trust its young defenders.

Share All sharing options for: Where the Bengals’ defense goes from here

After getting torched by Kirk Cousins in London, the Bengals defense has looked much better overall than in the first half of the season. That hasn’t been enough to win many games and keep the team alive in the playoff hunt, but it is notable nonetheless, and it could be a positive sign for things to come next year.

In the four weeks since the bye, only five other defenses, that of the Buccaneers, Ravens, Seahawks, Lions and Steelers, have given up fewer points. Some of that has to do with the fact that Cincinnati has faced two unimpressive offenses in Baltimore and Philadelphia most recently, but the former just destroyed a strong Dolphins defense on Sunday. The Bills were banged up coming into the jungle and lost star running back LeSean McCoy to injury before halftime; that is true, but they had no problem running the ball without him, too. The Giants are a good bad team, meaning their record is better than they really are, and Cincinnati allowed a previously moribund running game to get yards when needed, too.

There are, though, some trends that could make this sustainable in the long term. Vontaze Burfict is back in top form and looks now like the linebacker everybody’s always wanted for the Bengals. The coaching staff has made a better effort to give the younglings more playing time, and defensive tackle DeShawn Williams had a good first game for Cincy against the Eagles. That has also meant ineffective veterans like Domata Peko and Rey Maualuga have seen their share of snaps decrease, which is a positive thing because they aren’t that good anymore and also because they can play better in reduced roles. Think of relievers in baseball who add an extra two miles per hour to their fastballs.

The Bengals haven’t been a good team in 2016, and the offense, with a lot of personnel turnover, struggled from the get go. The defense, on the other side, shocked many after being dismantled by Trevor Siemian in Week 3. Now, Paul Guenther’s unit looks better and carried the team after the bye, until the offense finally stepped up on Sunday against the Eagles. 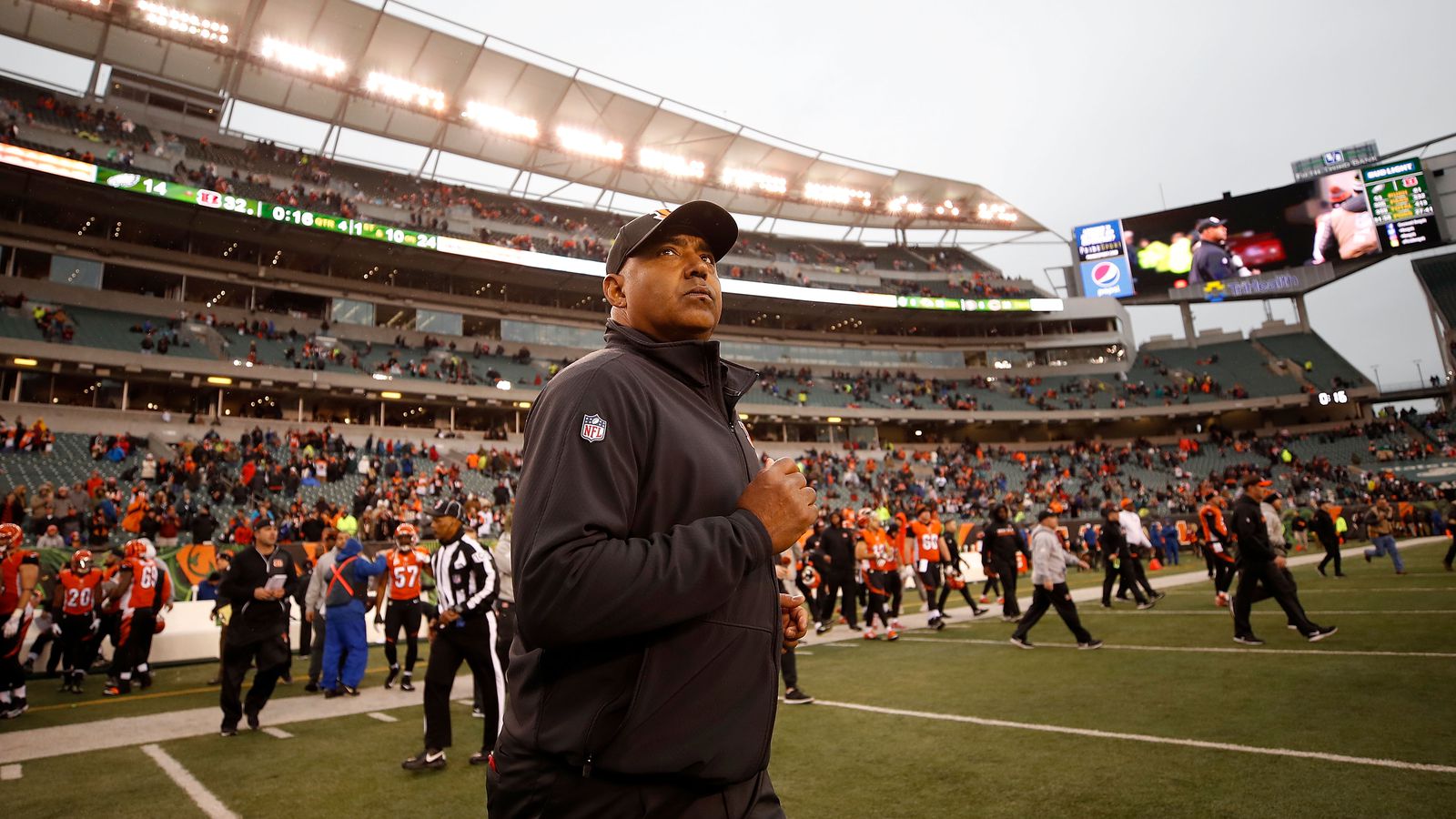 What changed for Bengals on Sunday?

The Bengals finally put a win on the board after going all November without one. Here, we discuss what went right in Week 13 compared to weeks prior.

Where does the defense go from here? Cincinnati still needs a good influx of young talent. There is no speed outside of Geno Atkins and Carlos Dunlap. Burfict is the only proven linebacker the team has. He also carries some risk, which we’ve seen. The young players have been on the field of late, but both rookies, William Jackson III and Andrew Billings redshirted their first season in the pros. There is no hidden gem waiting in the wings, and guys like Darqueze Dennard and Will Clarke barely retain prospect status. The secondary has depth despite George Iloka regressing some without Nelson. Guenther can shuffle Derron Smith and Shawn Williams around and injuries have allowed seventh-round pick Clayton Fejedelem to play a bit.

A better offense could have made this defense look better, too. When you are playing with the lead, you can do more on the other end. Burfict said Guenther can’t be as aggressive as he’d like because of the score, as the Bengals have often fallen behind early, but other than himself and Shawn Williams the Bengals lack good second-level rushers. They’ve been burnt all season when they’ve blitzed, sometimes because their secondary makes a mistake but most of the time because they barely got home, as was the case against the Broncos.

The Bengals need to keep evaluating the young guys they have so Lewis can identify who should stay and earn more playing time. We know Lewis often sides with the veterans in spite of their lack of production, but the Bengals can avoid a lost season if they at least get their plan right going forward. Injuries on offense have finally opened up the door for guys like Cody Core, and inefficiency has gotten Jake Fisher into the action, too. The same is happening on defense. Just four weeks ago, the Bengals doubled down on their veterans with the signing of Wallace Gilberry, but he was out on Sunday with an injury, too.

The way the Bengals run their 4-3 scheme, they need to give Dunlap and Atkins help. That means more of DeShawn Williams, while also reducing Peko’s playing time. That was a good sight to see on Sunday. In the future, they can keep Peko in the same role that Pat Sims has had in 2016, and Billings can man the nose tackle position. The Bengals also then need to add speed. They like their big and long defensive ends, like Michael Johnson, Margus Hunt and Clarke, but we saw against the Eagles that only Atkins and Dunlap impact the game, and that will be a problem again in 2017 if they don’t bring in reinforcements.

Burfict is finally manning the middle - not only in their nickel defense. That is great. He makes everybody better out there and is incredibly smart on the field. The middle is where he should be going forward. He looked fantastic on Sunday and the second interception is good proof. Maualuga playing only 11% of the snaps is one of the best things the Bengals are doing. He can’t move laterally and is slower than ever. Nick Vigil will need to show more in practice to earn playing time, because he’s looked lost while on the field. He is not a sure bet for the future, but the Bengals need to take a look at him, as they have so many other needs to address in the draft. If they have a starting weak side linebacker already on the roster, they need to find out. Vincent Rey is a fine fourth-linebacker, but Karlos Dansby should start transitioning into a full-time backup until the end of the season. 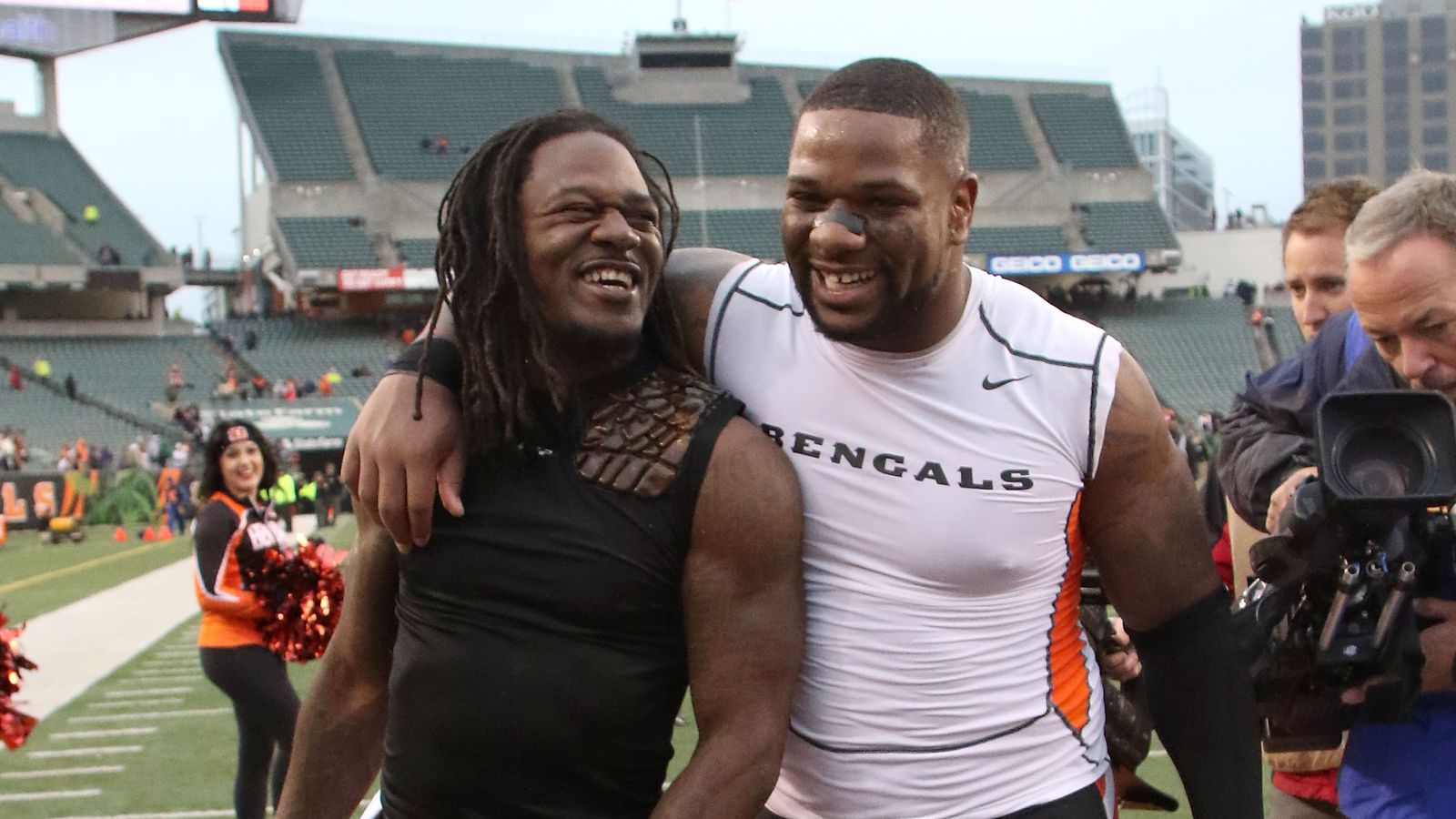 Vontaze Burfict comes up huge in win over Eagles

Cincinnati’s star-crossed linebacker had another great performance against the Eagles to help propel the Bengals to a much-needed win.

The recent good run from the defense is encouraging. They’ve faced mediocre offenses and finally got help from Andy Dalton and company on Sunday, but they’ve given young players more time on-the-field and we have been able to evaluate them a bit. Ideally, we should see more of this in whatever is left of the season, and the coaching staff needs to keep trusting those guys, even if the can’t stop the Steelers or the Ravens.

If Lewis and Guenther turn back to the veterans like, say, deactivating DeShawn Williams when Gilberry is healthy again, then, you can say it feels like a lost season. The Bengals might not have any stars-in-the-making waiting for their chance - hopefully Jackson and Billings could prove to be that - but the only way they will know what they have on the roster is by giving them a chance now. The snap distribution on Sunday against the Eagles was refreshing and hopefully it leans more toward that in the next four games.