This season, the mammoth defensive end has tipped 14 passes in 12 games, which leads all defensive linemen by a large margin.

Walking by him in person, you’d think Carlos Dunlap, who stands at at 6-foot-6, would be good at batting down passes at the line of scrimmage. But prior to the 2016 season, the defensive end wasn’t the specimen he is today. That’s not to say he wasn’t a great player; last year, Dunlap tallied 13.5 sacks, good for fourth in the NFL. But the Pro Bowler’s career totals in terms of tipped passes, were nothing special. In fact, Dunlap’s 14 tipped passes this season are already more than he had generated in the last four seasons combined.

That’s right, Dunlap has tipped an incredible fourteen passes in just 12 games. For perspective, that puts him at sixth in the NFL in this particular stat, leading all defensive linemen by a large margin. Jason Pierre-Paul, the next-best in this category on the season, has just eight batted passes this season, six fewer than Dunlap. The defensive end leads the Bengals in pass deflections — in fact, his current stat line would lead the Bengals in five of the past six seasons. In a career year last season, Reggie Nelson managed 14 pass deflections and Adam Jones batted 12. Prior to Dre Kirkpatrick’s 16 pass deflections last season, the last time a Bengals player had tipped more than 14 passes came in 2009, when Leon Hall and Jonathan Joseph tipped 24 and 20 passes respectively. It’s much more common for a defensive back to have those types of numbers than it is for a defensive lineman. 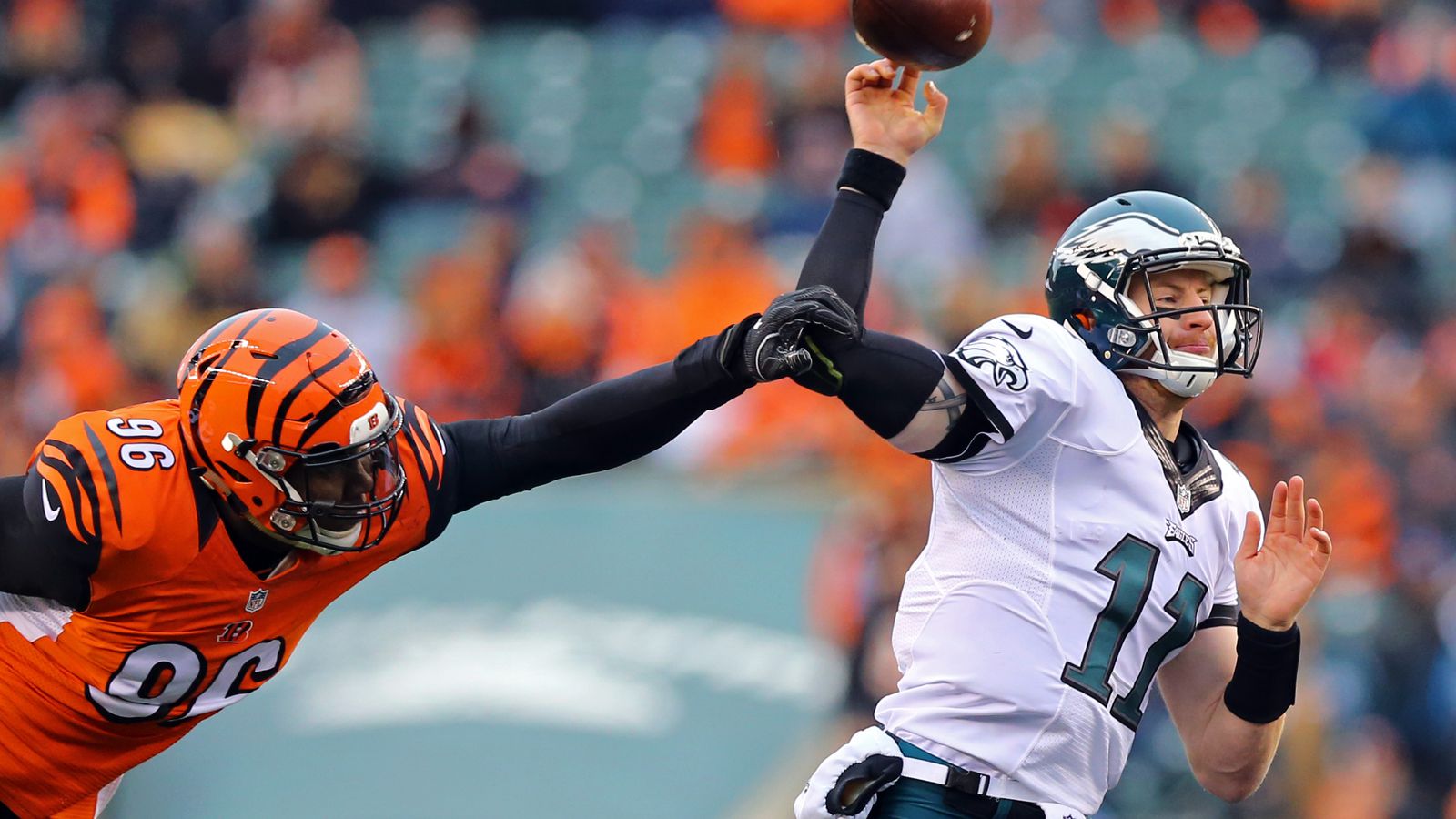 Before his injury, Jake Fisher split reps at right tackle with Eric Winston. How did he do? 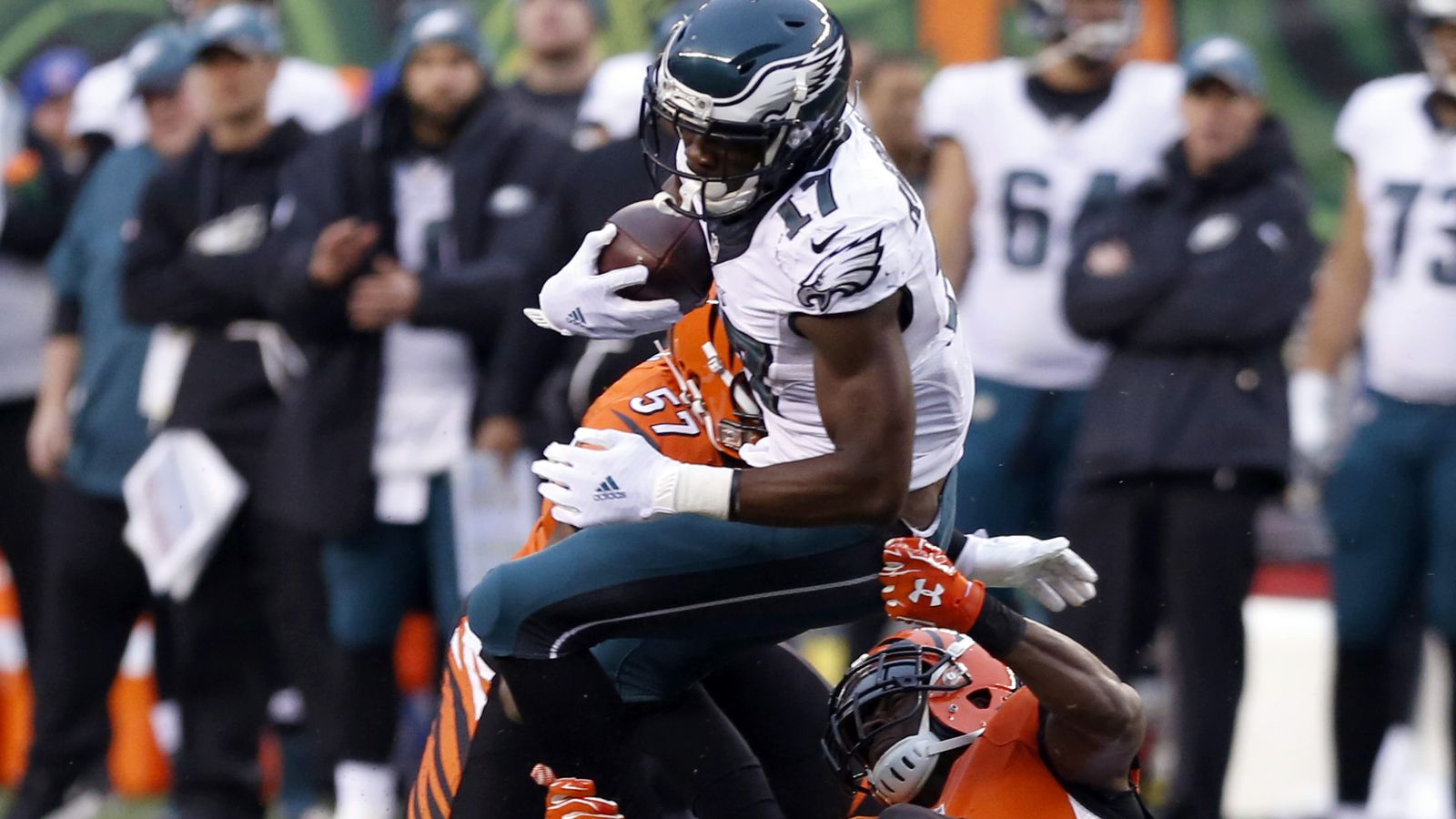 Where the Bengals’ defense goes from here

Could a strong showing against the Eagles by Paul Guenther’s unit mean that the Bengals’ defense has turned a corner? Regardless, the team must continue to play and trust its young defenders. 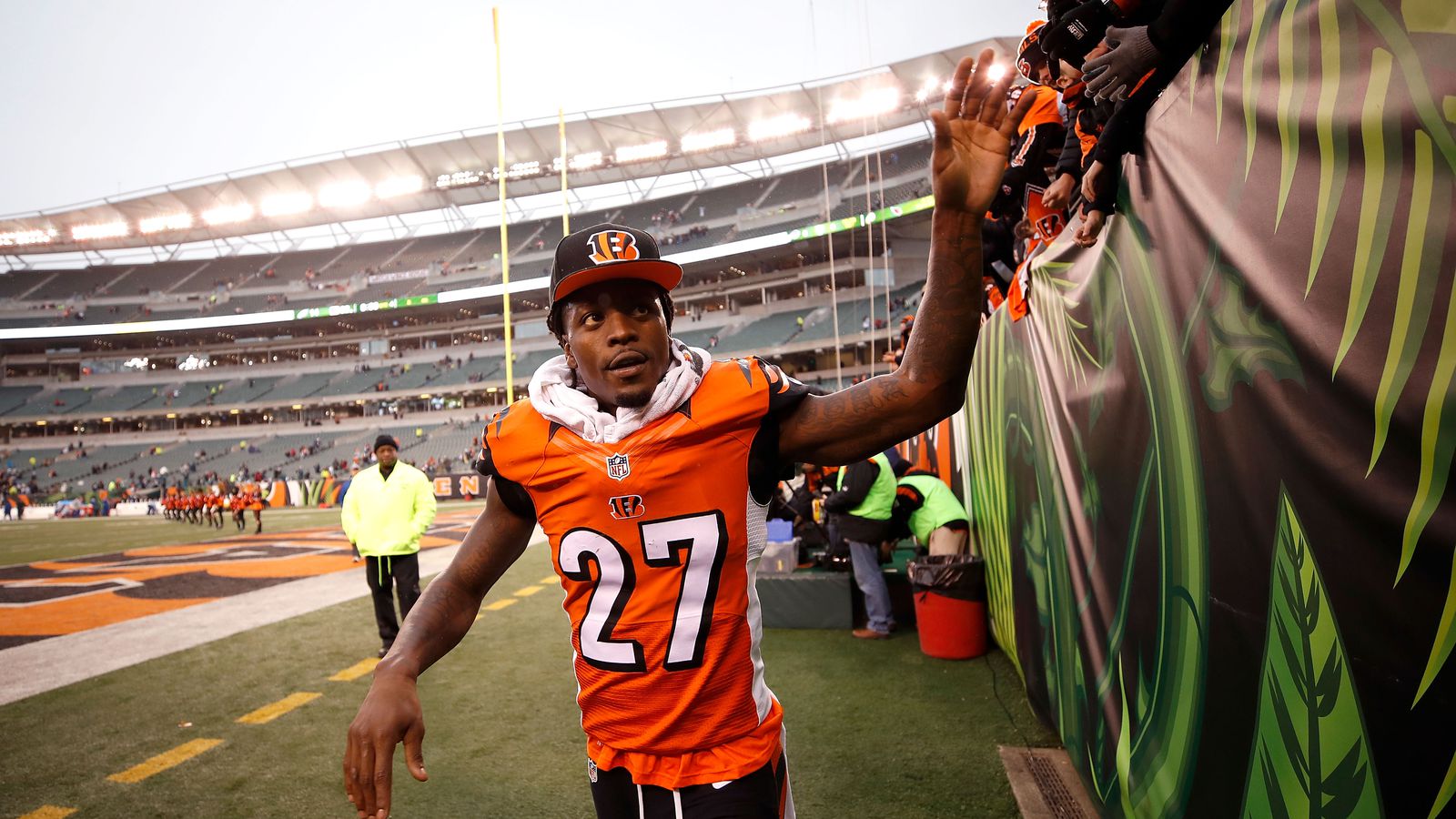 What we learned from the Bengals’ victory over the Eagles

It’s been a long time since Andy Dalton had a clean pocket to work out of. He finally had one on Sunday. Even with improved blocking from the offensive line, Cincinnati’s running game is sporadic at best. And more from a much-needed win.

The last time a defensive lineman managed double-digit pass deflections in a season was in 2014, when J.J. Watt batted 10. Eagles defensive end Connor Barwin also tallied 10 in the previous season. But Watt’s rise to superstardom came in 2012, when he amassed 16 pass deflections in a season, good for one per game. ESPN and several other media outlets touted Watt as a guy who was changing the game, even mentioning his “birth statistics,” as I would call them — “9 pounds, 14 ounces and 22 inches.” In fact, in this particular story, ESPN senior writer Elizabeth Merill even recounted the story of how Watt was a massive baby who “took up the entire incubator.”

As a former 10-pound baby, I think I have the authority to say that these particular think-pieces were a bit overboard. Watt is certainly talented, but the media was hyping him up all along.

But with Dunlap, it’s a different story. Maybe it’s because he stands at 6-foot-6, maybe it’s because he’s not the kind of guy to post 3 a.m. box jump videos to prove how hard of a worker he is, or maybe it’s just because no one has seemed to catch on to a small-market talent. But, Dunlap is having one heck of a season and has created quite the resumé. Already the Bengals’ record-holder for most sacks in a single season and most in a career (due to Eddie Edwards playing part of his career in an era when sacks weren’t recorded as an official statistic), the defensive end is continuing to find ways to change the outcome of games.

“He’s like long-armed Batman or somebody,” said Browns head coach Hue Jackson, per Bengals.com’s Geoff Hobson. “He’s got these arms all over the place. As a defense these guys get their hands on balls, tipping balls, knocking balls down. Him and Michael Johnson and Domata Peko and Geno Atkins.”

Johnson is certainly impressed by his teammate.

“You better go talk to him,” Johnson humbly said, when asked what goes into tipping passes. The end opposite Dunlap has tallied 29 pass deflections in his career, with nine of those coming in the 2013 season. “He’s got how many? Fourteen? You better go ask him.”

Dunlap is still hesitant to offer any explanation for what has gone into his career year in terms of pass deflections, but that’s probably a good thing. The standout end has been massively productive in his Bengals tenure and has quietly become one of the most effective players on Cincinnati’s entire team. In fact, our own Josh Kirkendall thinks he’s deserving of the Bengals’ defensive player of the year award. It’s hard to counter that argument.

“A lot of teams are trying to eliminate the rush by quick-throwing so you get your hand on the ball and [Vontaze Burfict] can come down with the ball, that’s a win for the defense,” said Dunlap, who says he did nothing to improve the skill in the offseason after getting just one pass defensed all last season.

“Just adjusting to their adjustment. They’re throwing the ball quick. They’re trying not to let us play to our strengths, which is the rush So we’re going to get our hands on the ball. Domata got one. We’re going to get Geno to get one soon.”

So how exactly did Dunlap get so good at reading opposing quarterbacks and batting their passes down? “It’s something that you kind of see, have a knack for,” Dunlap said. In his interview with Hobson, the defensive end also added that he’s always felt as though he’s been better on the defensive side of the ball, comparing himself to Ben Wallace as a basketball player.

Wallace, a four-time All-Star, four-time Defensive Player of the Year and one-time NBA champion, is a pretty great comparison for the defensive end. It would be great to see Dunlap continue to put up big numbers throughout the duration of his career, but it would be even sweeter to see him finally win that elusive Super Bowl the Bengals have been chasing for nearly 50 years. It took Wallace eight seasons to hoist the Larry O’Brien trophy, and next year will be Dunlap’s eighth season. Wallace also registered career-highs in blocks (3.5) and rebounds (15.4) per game in the two years leading up to his championship, just as Dunlap did with sacks last year (13.5) and pass deflections (14+) this season.

Who knows, maybe the comparisons can carry beyond the numbers. And if they don’t, at Dunlap’s dominance has been fun to watch.