Bengals vs Browns: Behind Enemy Lines with Dawgs by Nature, Round 2

We caught back up with Chris Pokorny of Dawgs by Nature as the Bengals prepare to take on the Browns in Cleveland this Sunday.

Share All sharing options for: Bengals vs Browns: Behind Enemy Lines with Dawgs by Nature, Round 2

Bengals vs Browns round two takes place this Sunday, but this time, Cleveland will be a bit healthier than it was in the last matchup between the Ohio teams. Conversely, the Bengals have been hampered by injuries in recent weeks. We spoke with Chris Pokorny of Dawgs by Nature to catch up with the winless Browns and see where the team is positioned (other than at 0-12) as they prepare to defend their home turf against the Bengals.

Connor Howe: Aside from a stellar Week 2 performance with eight catches, 104 yards and two scores, Corey Coleman has been virtually silent, generating under 50 yards in every game he's played. Do you chalk that up to his injury, or is the rookie wideout just not yet ready to face NFL-caliber defensive backs?

Chris Pokorny: Corey Coleman still needs to get more comfortable catching passes across the middle against NFL defenses, but from a skills assessment standpoint, he hasn't really struggled. I think the biggest issue is chemistry -- Cleveland seems to be starting a new quarterback every other week due to injury, and then his hand injury kept him out for half the year. While that hasn't phased Terrelle Pryor statistically, I think the quarterbacks have locked in on Pryor as a security blanket because they don't trust the offensive line enough. When you couple in all the struggles the offensive line has had in the running game, I see it more as Cleveland's offense struggling in general vs. Coleman not being ready to face NFL-caliber defensive backs.

CH: Robert Griffin III will start on Sunday. Do you think he's the right choice to start?

CP: At this point, it makes sense to start RG III. At the beginning of the season, I would've told you that Josh McCown was the best quarterback on the team, but that it made sense to start Griffin so the team could evaluate if there was ANY chance he could be the team's long-term answer. What have Browns fans learned since then? Sadly, McCown's age must have finally caught up to him, because he doesn't look like he should be starting for anyone, a sharp contrast from a year ago. Browns rookie, Cody Kessler, had some nice moments but cannot be a legitimate starting quarterback with his inability to get anything on passes more than 10 yards downfield. And, we've learned nothing about Griffin, other than he's still prone to injury. I don't think McCown or Kessler will get better, but there are still four games left to obtain new data on Griffin. Can he still be a successful reclamation project? Probably not, but even if there is a slim chance that he can be, why not go for it at this point? 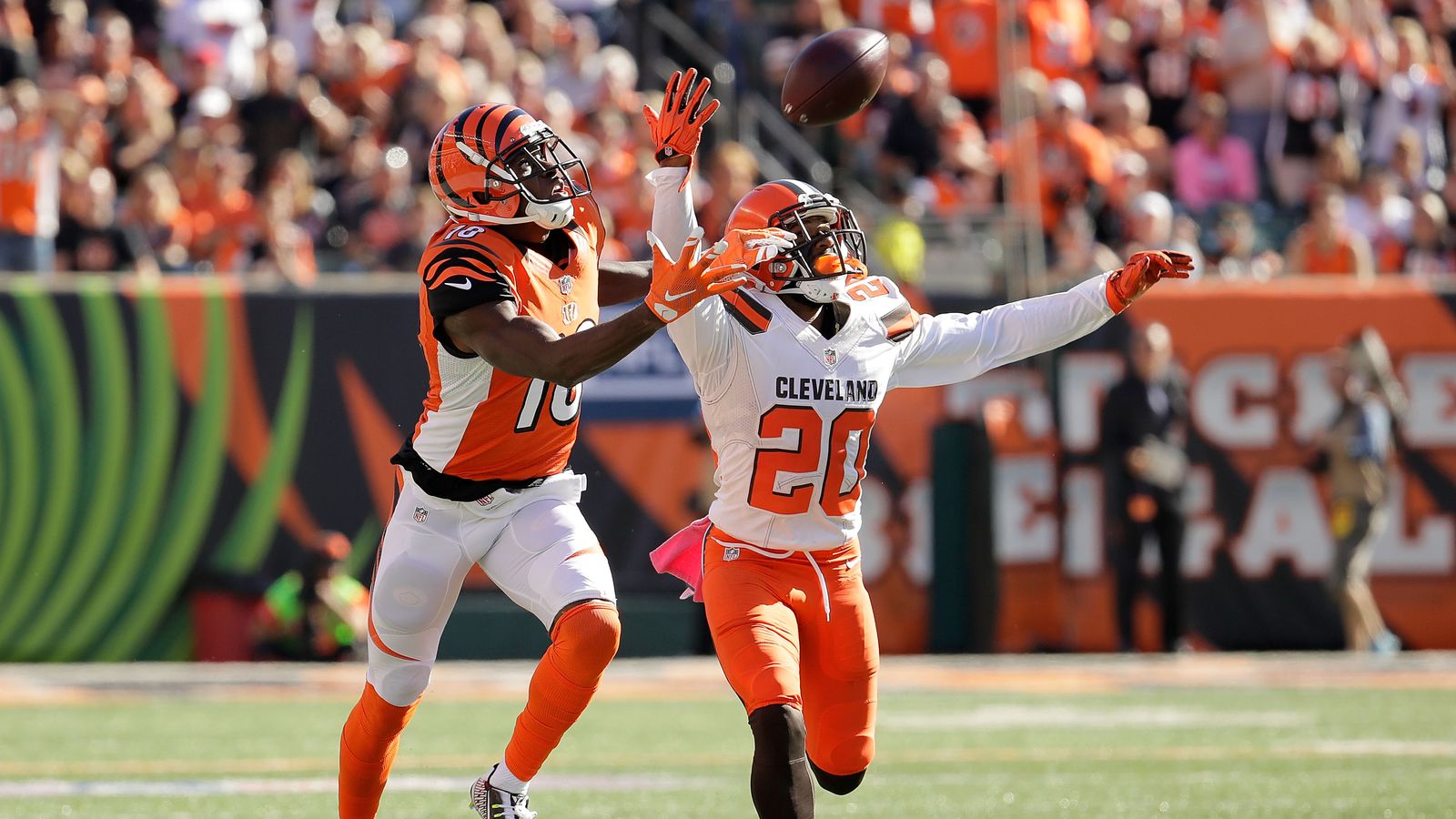 The Battle of Ohio, part II is here. Will the Bengals win their fifth straight game against the Browns?

CH: What happened to Isaiah Crowell? He looked really good early in the year but has since dropped off. Should Duke Johnson be getting more carries in the backfield

CP: Neither of the running backs are performing poorly because of something they are doing. Everything can be blamed on the offensive line, and it seemed to start when Joel Bitonio, the team's starting left guard and second-best lineman, went on IR. Around the same time, Cameron Erving, the team's opening-day starting center, returned to action. Usually, you expect the return of a starting center to mean good things. For the Browns, it's the opposite. Erving has looked like a bust in most of the games he's played, but because the team is keeping that slim hope alive that the light will click for him one day, he hasn't been benched yet. Right now, the backs are most useful when they catch passes, and both of them do it well and can make defenders miss. Until then, the offensive line will continue letting defenders get contact in the backfield, sending the team's YPC into a downward spiral.

CH: Give us three things that need to happen for the Browns to win on Sunday.

CP: 1. Robert Griffin III connects on the deep ball to his receivers as well as he did in the preseason and in training camp. 2. The Bengals fumble the ball -- I can't remember the Browns' defense recovering a fumble all year. 3. Joe Haden stops getting beaten every play and breaks up some passes.

CH: How do Browns fans gauge this season? Are they frustrated with Hue Jackson, do they hope the team loses out -- what's going through Cleveland fans' minds at this point in time?

CP: We've been frustrated by a few of Hue Jackson's coaching decisions, but the majority of fans understand the big picture and are not pinning any blame on him for the team's record. I polled fans a few weeks ago on "getting a win" vs "going winless." I would say that most people want that No. 1 pick and 0-16 wouldn't really bother them (the Cavs winning a championship this year eases the pain), but overall, the fans do want at least one win.

CP: I still have to think about this one. There are a lot of factors to consider -- the Bengals' struggles compared to the past few years, losing two of their best offensive weapons, the Browns coming off the bye and desperate with a new quarterback.