The countdown continues as the NFL Network gets closer to the end as they fill their wall of the one hundred best to ever play. We have three weeks to go which brings us to the next position group the TE. The game has evolved immensely at this position. In the old days, he was a glorified lineman who had to block & if he could catch that is an added bonus. I have money that Mike Ditka makes that wall. The guy could block, he could catch, he could run with the intensity of a crazed maniac on the loose & was the perfect teammate who put the team first.

The TE was evolving from that period as the league started to pass moore & the skills needed to be a difference maker at the position became a highly sought commodity. Coaches who had good TE's started using them moore & they punished defenses who did not adequately cover them. They were mismatches because LB's were too slow & safeties were too small. The great TE's became a chess piece that could break the back of the defense. Every team has one, some actually have a good one, but finding a great one is hard to find.

The panel only chose twelve of the best & will little the list down to the lucky five. Tune in this Friday to see the results. Here they are, who makes the wall? 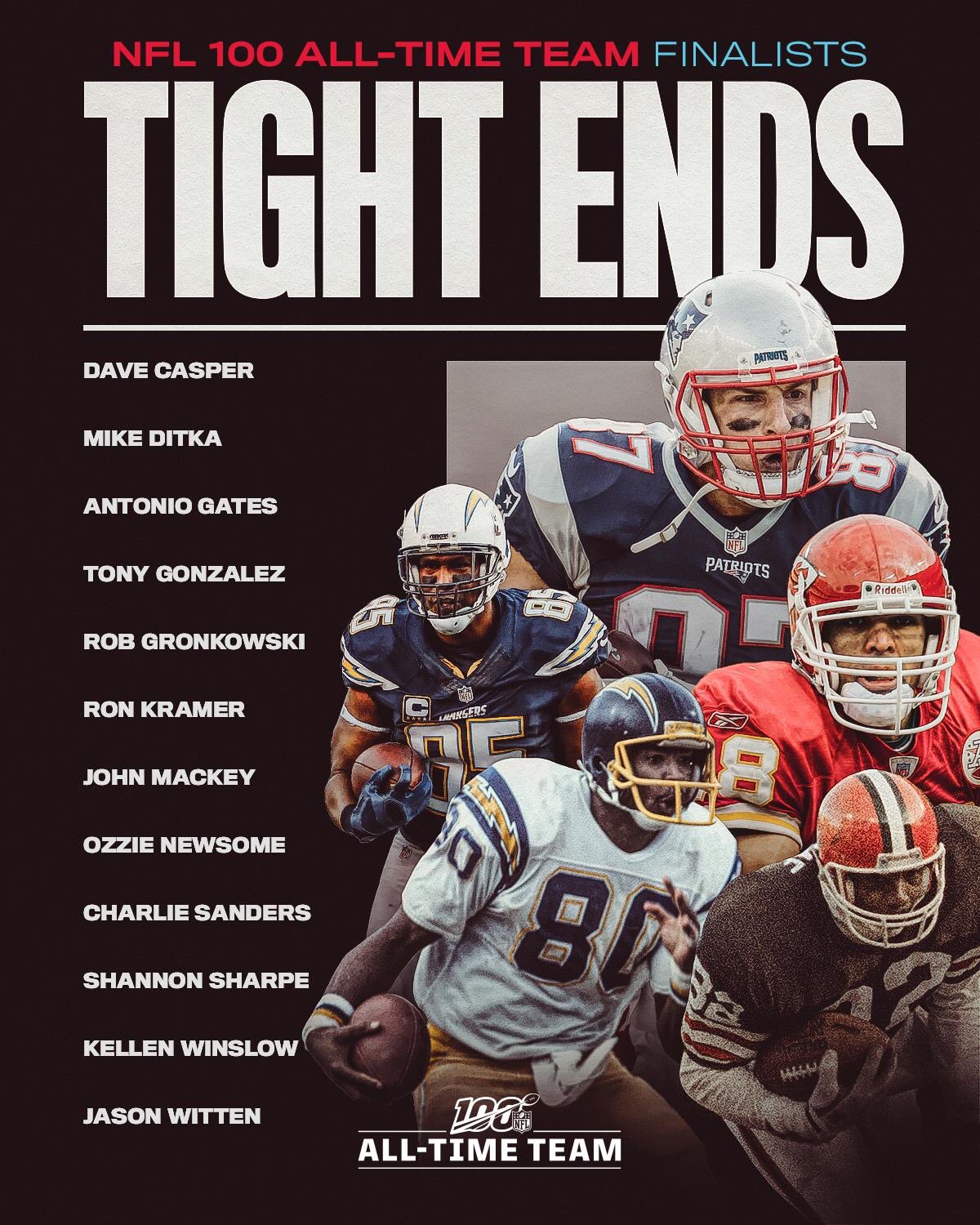