The NFL All Time Team continues with the next position, the defensive tackle! The defense has an enforcer in the secondary with the safety, the linebackers have the middle linebacker & the defensive line has the defensive tackle. This guy is the nastiest on the line who requires double teams & can wreck any offense if they are not accounted for. The DT has been the one-man every defense tries to find as they are game changers. The league has changed from the first time the game was played until today, but the DT remains as a sought after position because of the havoc they can cause.

Every defense can find a guy to play the position, but only a few have been dominant & become legends as father's explain the game to their sons. Those men have caused sleepless nights for opposing opponents prior to kickoff for the carnage they cause. These greats who have the ability to collapse the pocket & shut down the inside run game will live forever when discussing the position.

These men require a full arsenal of weapons for the trench warfare they encounter every play. They need smarts, strength & the heart of a lion as they face double teams every snap. These greats found a way to overcome the double teams to punish QB's as collapse the pocket or shut down the run game before it gets started. We have seen a plethora of greats who have manned the middle. Some of been good, many have been great for periods of time, but then some were the greatest as they did it for a long period of time defying the odds on their way to becoming legendary defensive players.

Here are your finalist, a shame that the list must be reduced to only seven. There will be bellyaching about this guy or that guy, but there is little doubt that these men on the finalist list were the best of the best! 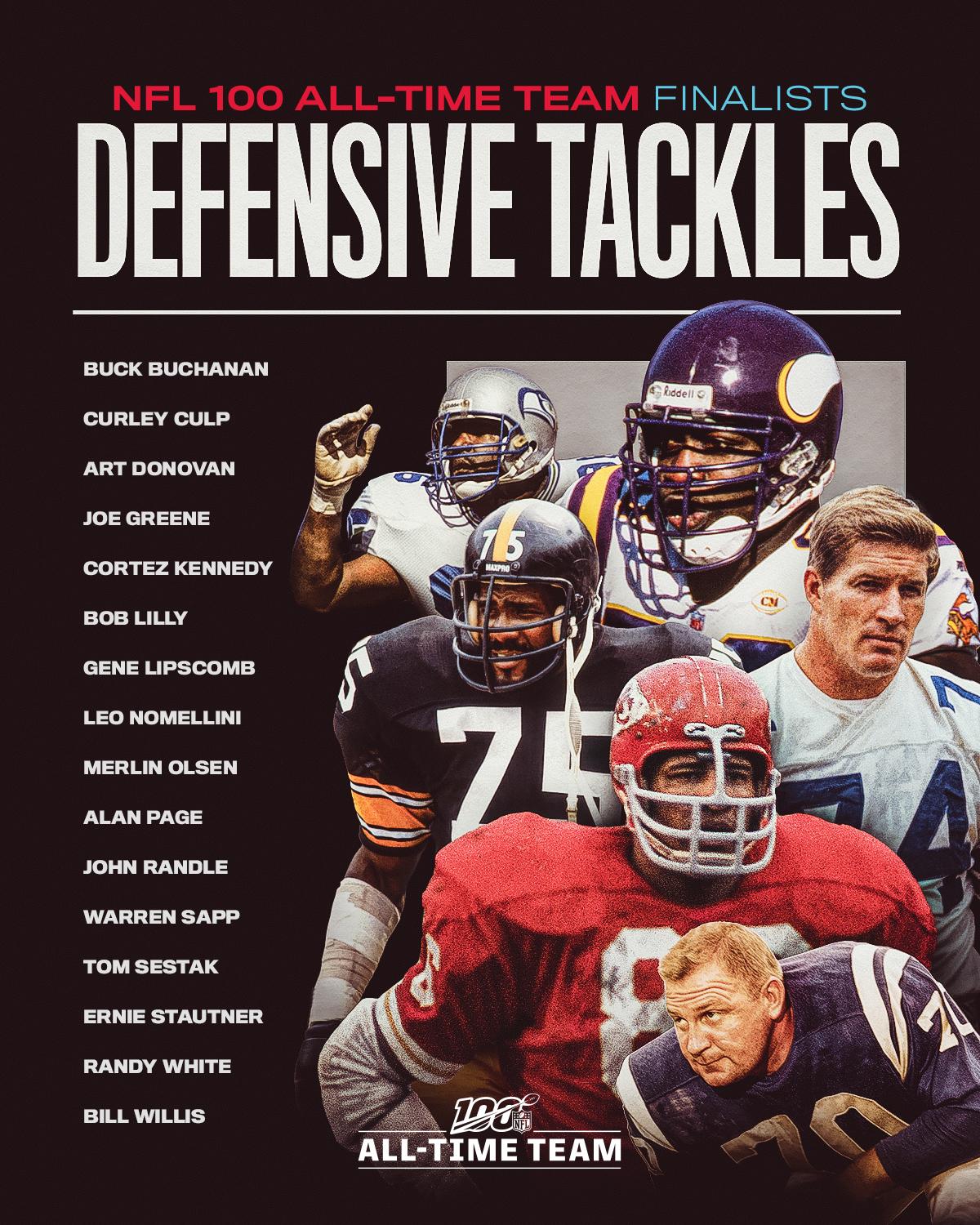