The NFL countdown continues to the next position as the Wall of 100 continues. The DE is the building block of every defense. The DE comes in two flavors, the LDE & the RDE. They both are important pieces to any good defensive line * have different roles.

The LDE is the strong side end who has the thankless task of being the all round guy whose main role is to support the edge on run defense. He usually faces the right tackle but also has a TE in his face. It is a thankless role as he isn't the sack master, but still a much needed piece to any good DL.

The RDE is the glory hound who is the sack master of the DL. He possess the skill of the quick step which he uses to bend around the corner & harass the QB from the blind side. This speed demon has the ability to confound offenses with his ability to wreak havoc on any offensive game plan. These special beasts require offense to devout resources to slow him down & keep him off the QB. It is because of the speed rushing RDE that the LT has become the highest paid as they must battle the RDE.

The greats have a full bag of tricks to beat the offensive lineman besides having speed to turn the corner. The great ones have several moves & techniques to win the war of the trenches as they rush the QB. The DE chases glory for the ever elusive game changing sack. They great ones also have the ability to strip the ball from the QB when pursuing the QB as the chase the daily double elusive stat of the strip sack.

The sack only became an official stat in 1982. Before that, teams had a count but that stat is unofficial. So many players that played before that are robbed of a stat that many view as the main stat when judging DE's. Let's see what the experts think as they choose the finalist list that they will then count down the top seven DE's to have played. 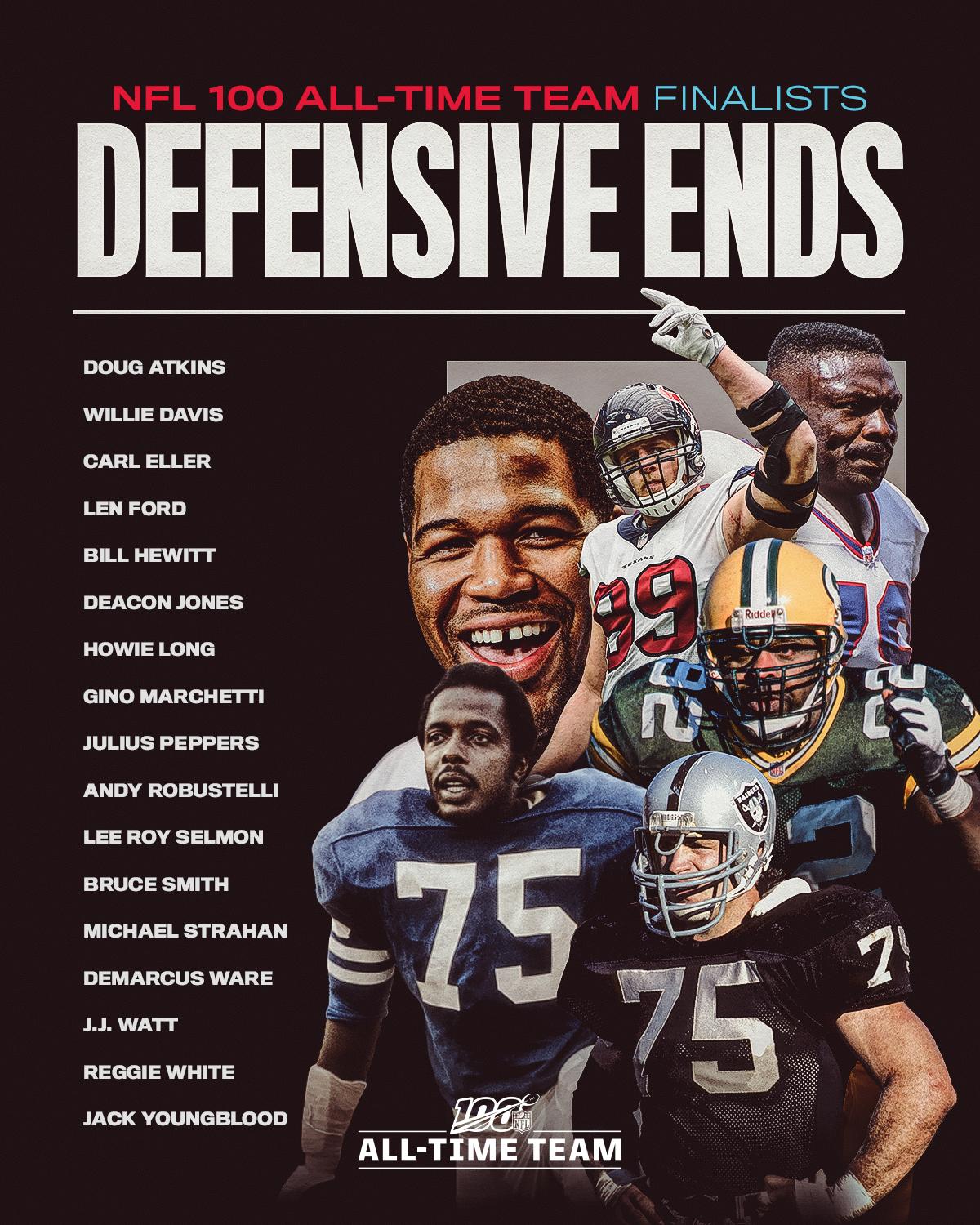