The NFL Network continues the countdown to fill the Wall of 100. The wall is almost complete with just two positions to go. This week features a position that will bring the arguments into a loud roar, the wide receiver. In the early days of the NFL is it was a passing league with the RB being the star. The AFL started slinging it first & suddenly a new star emerged. After the merger, the NFL started seeing the WR emerge as the pass became a new weapon of choice for offenses, but the RB held its grip as the man.

As time marched forward we would see a WR emerge as the next great weapon, but still couldn't take the mantle from the RB. Then the QB play improved to the point that teams were now willing to sling it & a great thing happened. We have seen the WR come on stage & be the new rock star. The WR comes in many shapes & sizes, we have seen small guys, tall guys, guys faster than a bullet and some who just wanted it moore. As the league continues the trend to be pass happy, the WR is becoming the main weapon of choice for offenses.

There was aa time when having one good WR was enough to carry a team. That used to be true but defenses have found ways to remove the threat of a WR forcing offenses to have the sidekick WR. That is the guy that many fans all in love with who saves the day when the main threat was neutralized. We have seen many great sidekicks but they get forgotten because they do not get to pad their stats & only live in the heads of their fans.

The emphasis on passing is also creating a new position that will further cloud the arguments for great WR's, the slot WR. The list of greats is still littered with the traditional outside WR, but the next time this All Time Team is voted on we will see names appear who made their mark as a slot WR. This guy is a wily guy who works in the tight confines of the middle to find openings for first downs. The elite ones take that short strike & turn it into big gains with their speed. They are treated as afterthoughts, but they too will have their day.

There are 24 names fighting for 10 spots on the wall. Their stats are all HOF worthy so no need to include them since they do not settle any debate. The voters have shown to be steadfast in not forgetting the pioneers in the game, so those names that seem foreign to a young reader were headline makers back in the day. So let's get to it & start the debate 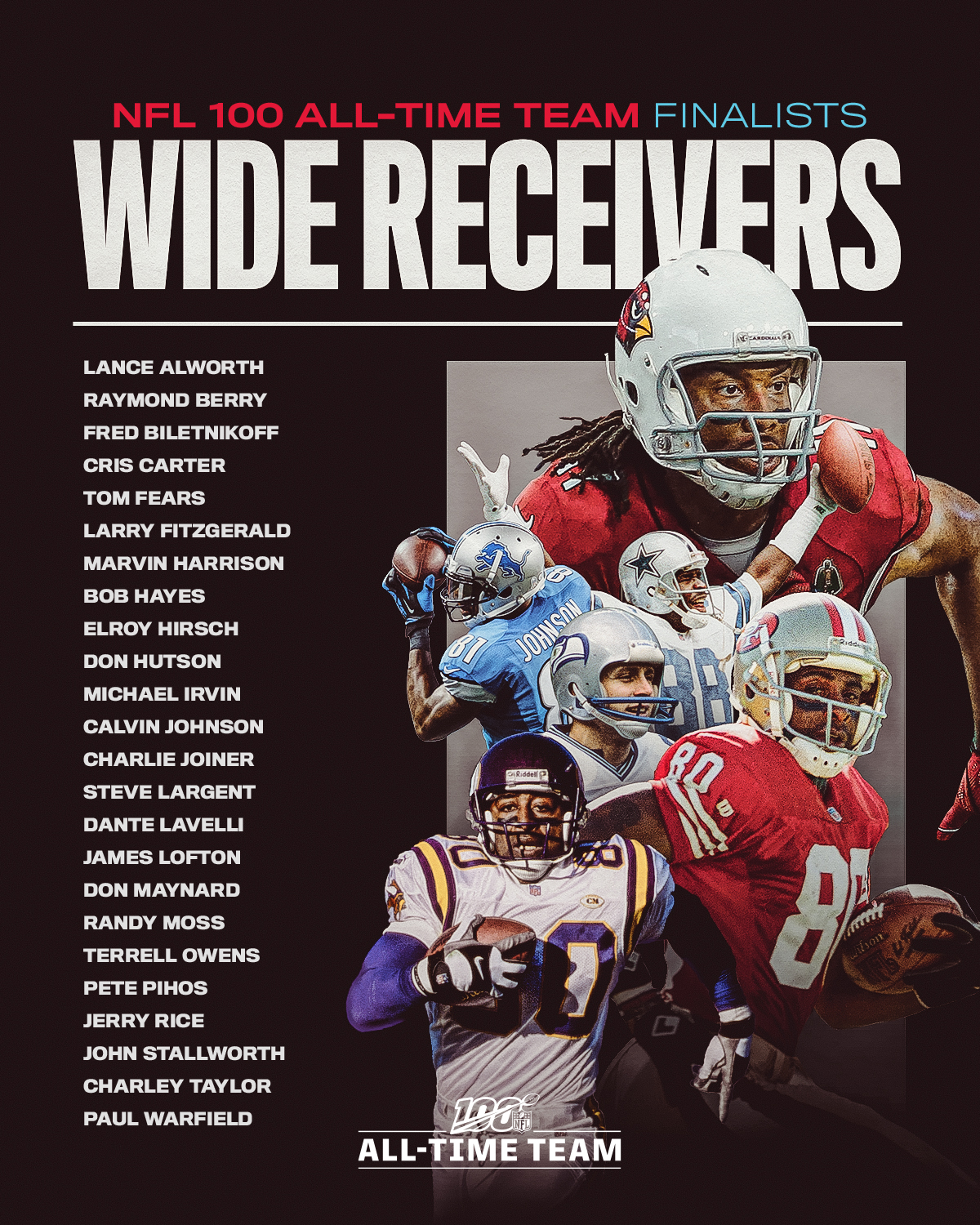