Veteran receiver Brandon LaFell has had an up-and-down 2016 campaign with the Bengals, but he stepped up in a big way in Week 13 to help lead the Bengals to a win.

Share All sharing options for: Brandon LaFell has best day as a Bengal in win over Eagles

Before A.J. Green went down with a hamstring injury, it was known that other receiving options needed to step up if the Bengals wanted to win more games during the 2016 season. Once Green injured his hamstring, the need for some of the new weapons to make plays became paramount.

In response to the losses of Mohamed Sanu and Marvin Jones in free agency this offseason, the Bengals looked at veteran Brandon LaFell for some stability as they rebuilt the position group. It’s been a season of ups and downs for LaFell, but he stepped up in a big way against the Eagles, helping to lead the Bengals to a 32-14 win in Week 13.

In the win, LaFell had his best statistical day as a Bengal and his personal best since Week 9 of 2015, with five catches for 95 yards and a touchdown. His performance included an array of catches, be it short routes, a long ball and working the back of the end zone.

Cincinnati’s fourth win of the season brings a slew of good vibes to the locker room.

“We’ve been needing this day since London,” LaFell said after the game. “Forty days. For the longest time. Everybody is smiling and that’s great. It means a lot and hopefully we can continue it.” 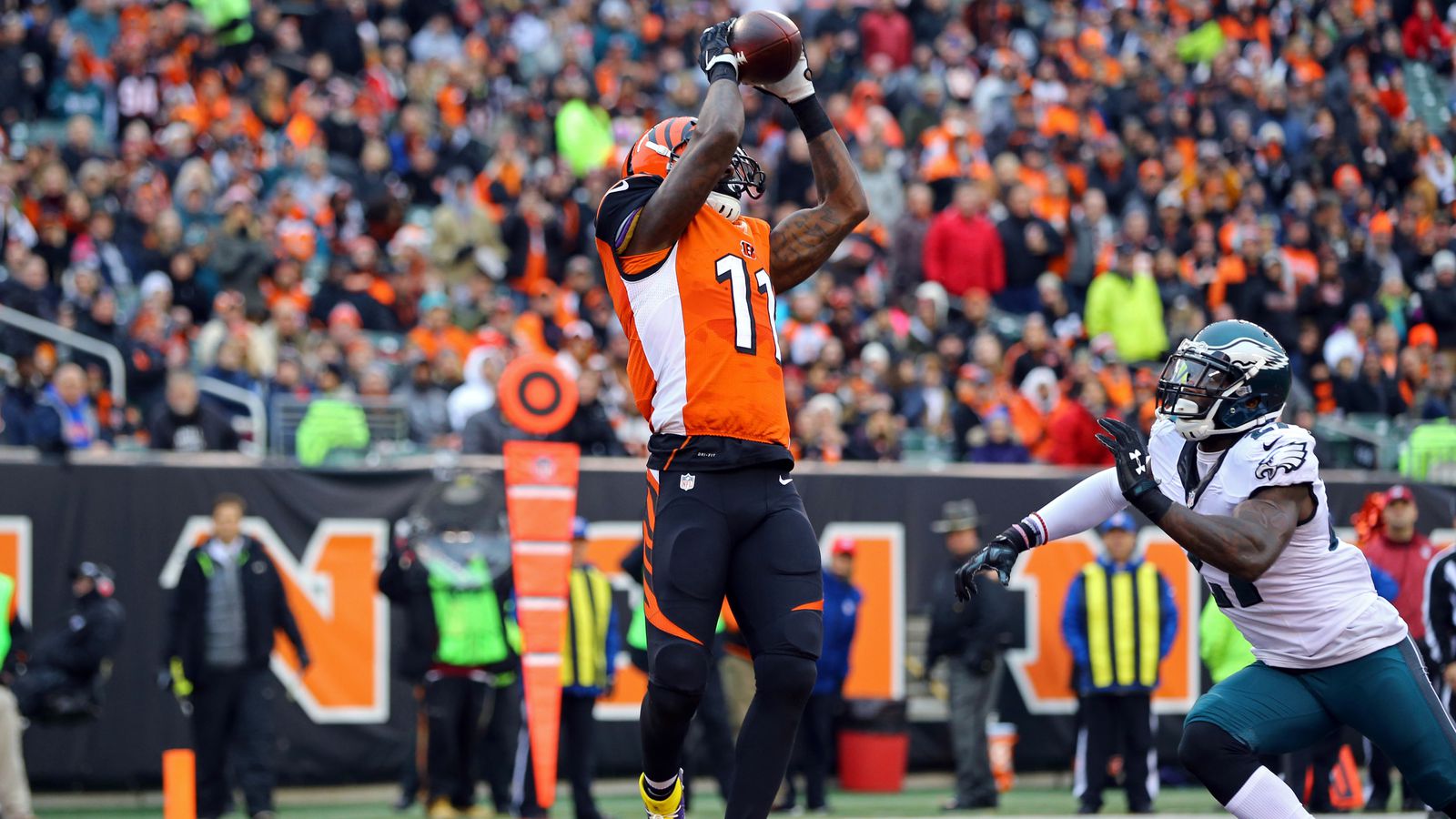 Though the improvements might be coming a bit too late, the Bengals’ offense showcased its potential this week despite the absences of A.J. Green and Giovani Bernard.

Cincinnati opened up the third quarter up 19-0 over the Eagles, but it was far from a foregone conclusion that they were ready to win. Andy Dalton, LaFell and Co. marched down the field and grabbed a gut-punch of a touchdown to start the second half. It was a pretty throw and catch from the quarterback and his receiver.

“I got the right look. The safety was trying to come down, and I was wide open,” LaFell said of his team-leading fifth touchdown catch. “I took advantage and Andy put the ball right where it needed to be.

“They were trying to in-and-out me,” he continued, when explaining the Xs and Os of the play. “I was supposed to attack the inside guy, but I’d rather play one-on-one than two-on-one. Andy put the ball perfectly there.”

The touchdown wasn’t the only thing of beauty LaFell put on tape this Sunday, though. A 23-yard catch on a third-and-9 in the first quarter and a 44-yard bomb in contested coverage were also big plays that helped propel the Bengals’ offense. The deep ball was on the same drive as his touchdown.

Over the past couple of weeks, it’s been Tyler Boyd and Tyler Eifert who have stepped up the most in Green’s absence, but LaFell finally shined on Sunday. In the previous four games where the Bengals were winless, LaFell had just nine catches for 85 yards and zero touchdowns—including two games with just one catch.

Cincinnati is currently putting things together with duct tape and bubble gum, but it finally worked against the Eagles. Even though the Steelers and Ravens took care of business this week, the Bengals are still mathematically alive for the postseason. LaFell’s best day as a Bengal on Sunday helped that cause and now, the team will try to build off the win as they approach their final four games of the season.