Tale of the Tape - Bengals Vs. Browns

Forget X's and O's. Let's dive deeper into what really matters as the Bengals face off against the Browns this week.

Share All sharing options for: Tale of the Tape - Bengals Vs. Browns

The first installment of this years battle of Ohio begins on Sunday. Here are the key matchups: 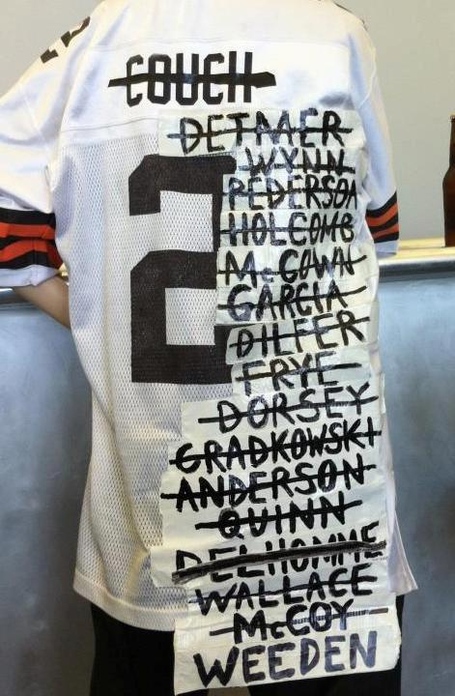 Brian Hoyer's first appearance was in the Patriots' preseason game against the Cincinnati Bengals in 2009, completing 11 of 19 passes for 112 yards. In 2010 he saw his first action of the regular season late in a 34-14 loss to the Cleveland Browns, throwing his first career interception. In Week 17, against the Miami Dolphins, he threw a 42-yard touchdown pass to current Bengal, Brandon Tate, the first touchdown throw of his NFL career.

Hoyer's middle name is Axel which alone is worth mentioning. You have to respect a guy that can go by Axel.

Andy Dalton's first NFL regular season start came on September 11, 2011, on the road against the Cleveland Browns. In one half of play before leaving the game due to injury he completed 10 of his 15 pass attempts for 81 yards and a touchdown. He posted a passer rating of 102.4.

In the 2012 season during the second game of the season, Dalton guided the Bengals to a 34-27 victory at home over the Cleveland Browns. He completed 24 of 31 passes for 318 yards, 3 touchdowns, and an interception, for a 128.2 passer rating.

It is interesting how both quarterbacks started against the opposing team. The edge in this matchup has to go to Dalton for his experience. At no point in his NFL career has Dalton been a backup or cut.

On January 10, 2013, Chudzinski was hired as head coach of the Cleveland Browns.

Marvin has been the coach of the Bengals since 2003. He is the winningest... forget it. Did you see the challenge Marvin was successful on last week!!!

We often talk about new era's. The red flag Marvin tossed could signify a new theme with Marvin. Solid challenges, great clock management. This is the kind of success we need! They say every fire starts with a spark. I believe Marvin's spark came on that challenge in the form of a red beanbag with a flag on it. Good things to come...

3 chances Chud has had at the mistake by the lake. Maybe third times the charm, however I can't stop seeing red. 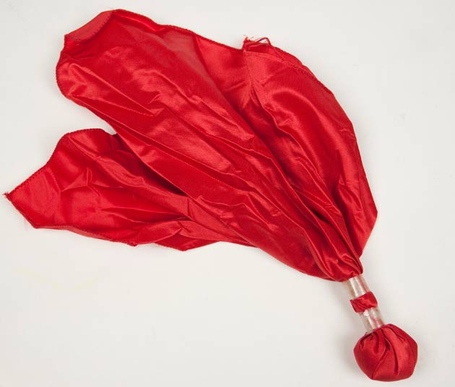 Edge: Marvin and his red flag of hope.

This is a legitimate battle we have here. The Browns strength is their defense. The Browns have focused on stopping the run this season and have successfully shut down outstanding backs like Ray Rice and Adrian Peterson. The Browns offense can move the ball, however it is the defense that is going to keep them in games.

The Bengals defense is also an outstanding defense. So far this season they have not played to a level many fans think they should be at. However, the talent is there and this team is a poor quarter from being undefeated.

I pity Browns fans. They have dealt with a ton of crap from the organization but they keep coming back. Below are what I think of when I think of the Browns. 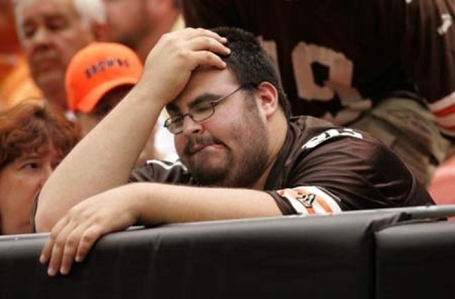 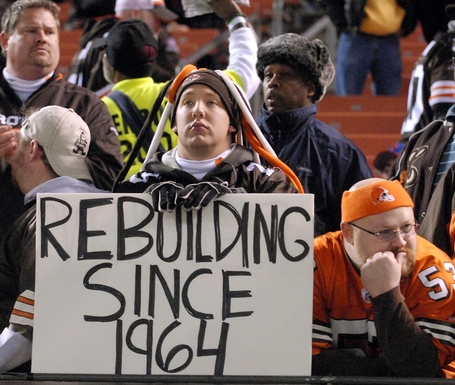 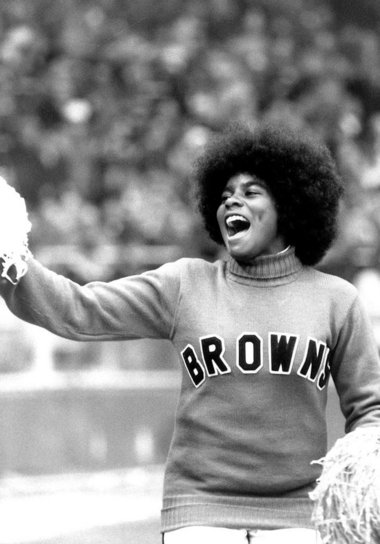 I wrote 3 letters to the NFL brass in charge of scheduling. The Bengals have yet to face a team with cheerleaders. In today's world this is not the kind of sideline entertainment that I find acceptable. As the Bengals go up 3 touchdowns on the Browns, I want to be able to look down at the ladies in orange and brown trying their hardest to dance their team to a win. Instead, I have to look at people like the bone lady. 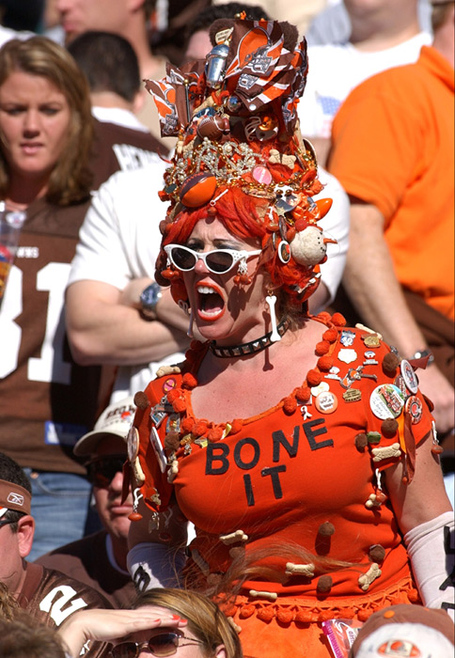 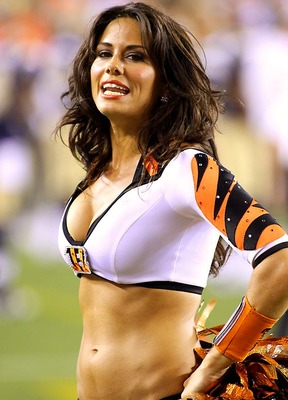 What do you think of this Browns fans? 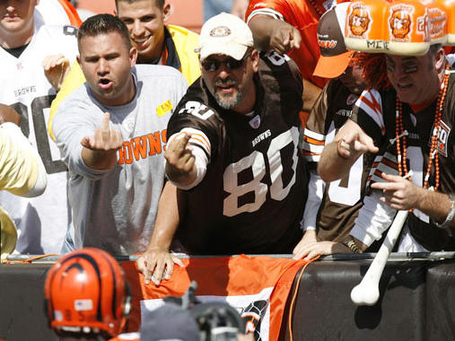