Keep these 10 things in mind when watching Bengals Vs. Lions on Sunday

Here are 10 little tidbits to keep in mind as the Bengals play the Lions on Sunday.

Share All sharing options for: Keep these 10 things in mind when watching Bengals Vs. Lions on Sunday

I think I am going to change it up this week. You see, you know what the Bengals need to do to win the game on Sunday. Limit mistakes, get the ball out quickly, establish a run...

So while you are watching the Bengals trash the Lions on Sunday, I wanted to give you some things to keep in the back of your mind. Some are football related, some aren't. Happy Friday.

1. Apparently you don't need to be an elite QB to be successful off the field.

If you google "Matt Stafford Girl" you are rewarded with an onslaught of imagery that shows just what the power of being an NFL quarterback can do. 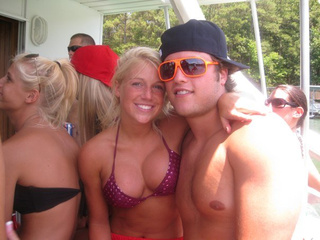 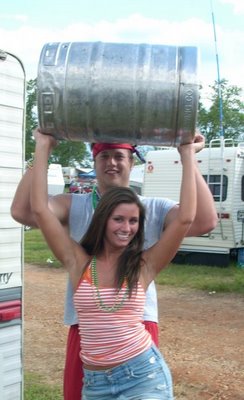 After suffering through his first two seasons dealing with injuries, Stafford had a coming out party in 2011. He was top 3 in the league in many passing categories and many of the experts were quick to announce that he had arrived.

Ben Roethlisberger has 2 super bowl rings, he could learn a thing or two from Stafford.

2. If Nashville is the center of Country Music, Detroit must be the center for terrible rap.

Did you know i'ts so cold in the D?

The Bengals have had some terrible seasons, but this is tops. At least the fans are still on board. 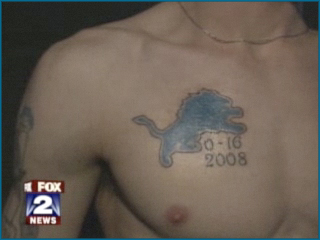 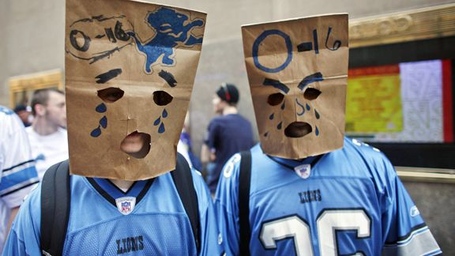 It is a story in a long line of cheap shots on QB's from Ndamukong Suh. His total fine amount in the NFL is up to a whopping $209,000

5. Jim Schwartz gets his feelings hurt during handshakes.

Harbaugh did brush him off, but this is still pretty funny.

6. Melinda Brown wants to run the city of Detroit.

7. "Cats are crazy", and your "Seagrams Happy Juice" is not safe.

"Her house was a hot mess"

8. Everyone in Detroit hates tires. (Is all news in Detroit this bad?)

9. Lions fans are a sad bunch, but in some way Bengals fans can relate.

It is sad how excited he is, just to sit down when the inevitable happens.