I asked a few questions to Zach over at Baltimore Beatdown

Share All sharing options for: Bengals Vs. Ravens - Questions with Baltimore Beatdown

This week I ask a few questions to Zach at the SBN site BaltimoreBeatdown. Below are his answers.

1. Ray Rice is an outstanding player but has been struggling this season. The line was largely the same as last season so what is causing the issue with the Ravens running game?

A lot of Rice's (and the rest of the offense's) struggles can be attributed to a new blocking scheme on the offensive-line. This year we made the transition to the "zone" blocking scheme, which has not been at all generous to the Ravens this year. The other part of Rice's struggle is that he is still suffering from still some lingering effects of a hip-flexor strain he suffered earlier this season. I think if you look past the offensive-line struggles and lingering injury you will still find one of the league's most versatile players.

2. Are the Ravens suffering a "Super Bowl Hangover" or did they just lose too much leadership in the offseason?

I think it is a combination of both. When you lose as much as the Ravens did this past offseason it's just impossible to repeat success of last year's magnitude. We have so many new players and it seems like we are still struggling to find an identity.

3. Tell me about Daryl Smith. Here is a guy with some pretty big shoes to fill and from an outsider, it seems like he is doing a pretty good job.

He is an absolute diamond in the rough. Perhaps the biggest acquisition of the offseason, even more so than Dumervil. He had tremendous shoes to fill with the absence of Ray Lewis and he has been able to live up to the challenge and perform like a stud.

4. What is one matchup you are confident in for the Ravens?

Terrence Cody against a hotdog. 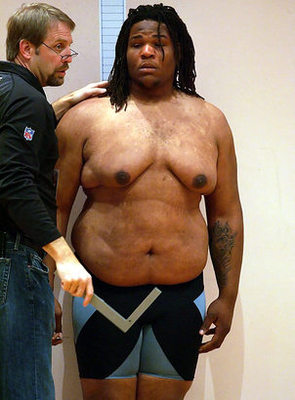 5. Which piece of the Bengals scares you the most for the game on Sunday?

AJ Green. The man is an absolute stud and is arguably the second-best WR in the NFL next to only Calvin Johnson. He is the perfect combination of size, speed, hands, and hops. If he gets going early we will be in serious trouble. We need to make it a point to try to find a way to shut him down.