Bengals pass defense is more than scheme against the Chargers

Share All sharing options for: Bengals pass defense is more than scheme against the Chargers

When the Cincinnati Bengals defeated the San Diego Chargers earlier this season, they held San Diego to a season-low 10 points and Philip Rivers to a season-low 80.0 pass rating. While one could articulate a sense of mass confusion from mad scientist schemes concocted in Mike Zimmer's laboratory, it's actually far simpler than that. It's effort.

In fact, it's the same thing that it's always been this season: Rush the passer (effective even if you don't get a sack), get your hands up if you can't pressure the quarterback, and be physical in the secondary.

All of those elements were present against the Chargers last month during Cincinnati's 17-10 win in week 13.

With 5:14 remaining in the first quarter, San Diego has third and four from their own 34-yard line. The Chargers called trips left with running back Danny Woodhead flanking Rivers' right. After the snap, Rivers immediately looks right, tracking Woodhead's out and up, along with Seyi Ajirotutu's 10-yard curl. 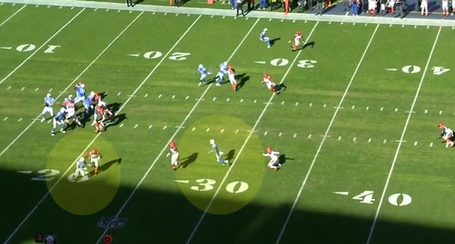 However, misdirection is often critical for quarterbacks to find open passing lanes. And this route did. Where the play was designed to succeed was on the left, where Antonio Gates and Keenan Allen cross paths with the intention of Gates' picking the defender on Allen. 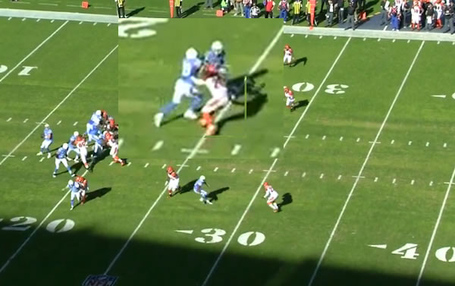 Gates does his job and frees Allen, forcing Chris Crocker into an open field situation. 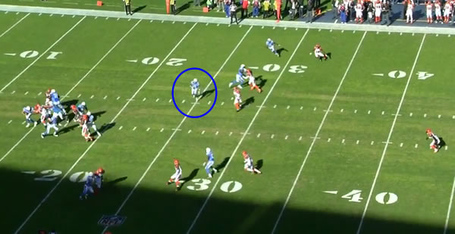 However, it's all wasted by San Diego after Wallace Gilberry pressured Philips up-the-middle. 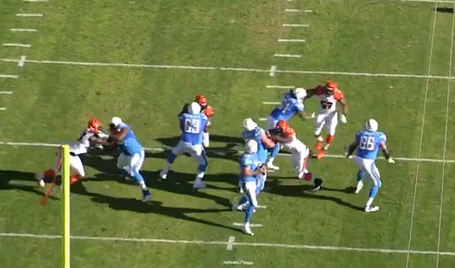 Get to the quarterback and the routes won't matter.

However, sometimes the pass rush doesn't get there or the three-step drop neutralizes the rush. Such as the third and 14 situation with 1:07 remaining in the second quarter. Rivers takes the snap, finds a wide open Danny Woodhead over the middle. However, Wallace Gilberry, unable to initially penetrate the line of scrimmage, holds back and bats down the football for a harmless incomplete pass. 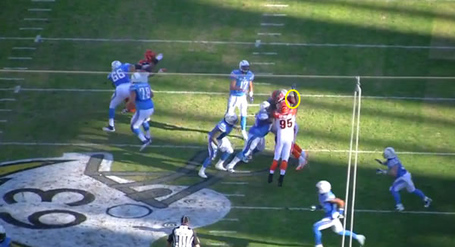 We're not talking sophisticated stuff here. Defensive linemen are taught from an early age that if you can't get to the quarterback, then get your hands up and knock down the pass. Michael Johnson holds a master degree in the art.

Sometimes the pass rush doesn't get there, the three-step drop neutralizes the rush, and the quarterback evades prowling players to bat down the football. Now you're depending entirely on your secondary. Someone like Adam Jones has thrived on single-coverage this year (as long as it's not a double-move). Third and two from the Bengals 42-yard line with 6:36 remaining in the second, Rivers takes the snap. After a three-step drop, Rivers targets Vincent Brown on a quick curl. As the football arrives, Jones disrupts the pass.

And sometimes, it's the sum of it's parts. The Chargers have first down from the Bengals 34-yard line with 8:01 remaining in the third. Rivers looks left but finds Chris Crocker occupying Keenan Allen's slant, as well as being "in the way" for Vincent Brown's crossing route. 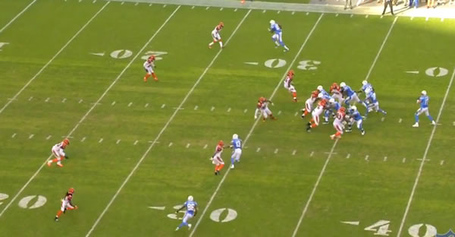 Rivers, feeling the expiring clock that every quarterback ticks off in their minds, scrambles to the right and finds Ladarius Green's deep hook that was tightly covered by Terence Newman. Newman disrupts the tight end as the football arrived forcing the incomplete pass. Dre Kirkpatrick would generate his first career interception two plays later.

One of the more pivotal moments (and there were several) during Cincinnati's win against the Chargers, was early in the fourth with the Chargers threatening from inside Cincinnati's 40-yard line. However, the defense did what Mike Zimmer's defense usually does. On first down, Rivers tried floating the football down the sidelines (go-route) but Newman disrupted Allen's path just enough to slow him up and force the "over throw". Physical.

Pressure from Wallace Gilberry and Michael Johnson forced Rivers to overthrow Green down the middle of the field on second down. Pass rush. Vontaze Burfict physically attacked Green's third down route, holding up the tight end for the incomplete pass. Physical... again.

Not down just yet -- while a BenJarvus Green-Ellis fumble agonizingly sustained San Diego's chances, the Chargers have first down from the Bengals 30-yard line with 5:05 remaining in the game. Devon Still batted down the ball on first down. Knock it down! Just out of Antonio Gates' reach on second down, the Chargers tried again on third down, using a crossing pattern to free up Gates. Chris Crocker bear-hugged him from behind. 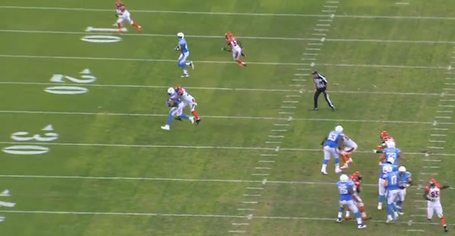 The Chargers converted the field goal to reduce Cincinnati's lead 17-10, but the Bengals, this time, held onto the ball for the final five minutes, winning the game.

At the end of the day, it's the Bengals pass rush, presence at the line of scrimmage to knock down the football and the physical nature that disrupted Philip Rivers' receivers all afternoon. No, all season. This is the Bengals defense and figure that it make an appearance this Sunday.