Mock Draft 2014: Yahoo! Sports gives the Bengals a quarterback in the first round

One mock draft selected Fresno State quarterback Derek Carr for the Cincinnati Bengals in the first round of the 2014 NFL draft.

Share All sharing options for: Mock Draft 2014: Yahoo! Sports gives the Bengals a quarterback in the first round

There's no doubt that mock drafts aren't for everyone. People point out, no is ever right! That's probably true. On the other hand, one argument in favor of mock drafts is that it helps to become familiar with the names that are being thrown around throughout the predraft process. And that's how we usually approach it. So when we feature mock drafts, know that our application is leaning towards understanding that prospect and to talk about the position that it applies.

Carr's stock has cooled a bit from the top-10 talk of a few months ago, and frankly he was probably knocked down too far for what was a lukewarm performance in the bowl game loss to USC. But he probably remains a first-round prospect and really could set himself apart with a fine Senior Bowl week. Are the Bengals the most likely fit? Probably not ... but why not? What do you get for the team that has almost everything else, has no pressing needs but likely will want a young QB to push Andy Dalton? It's a possibility, especially when you consider that Mike Brown has let it out that Dalton was not his pick and that that man who convinced Brown to draft Dalton (Jay Gruden) is coaching the Redskins now.

While I disagree that the Bengals will select a quarterback in the first-round, and probably not in the second round either, there's a distinct possibility that a quarterback could be on the table in the third round.

I do find the element of Brown favoring Colin Kaepernick (and Ryan Mallet) over Andy Dalton intriguing enough that it could throw a wrench in our prognostications -- but I doubt someone will be drafted to replace Dalton this year. On the other hand, I wouldn't disapprove of training camp competition and perhaps an eventual successor situation by the time Dalton's contract expires (I'm latching onto the turnovers during playoff games like a dog with the power of alligator jaws).

As for Carr, ESPN's draft analysis basically gives him grades similar to Dalton. Of course these will change -- considering there's well over four months remaining before the 2014 NFL draft. 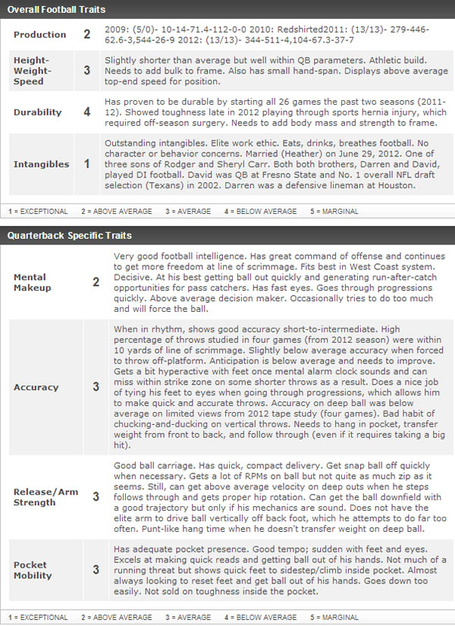 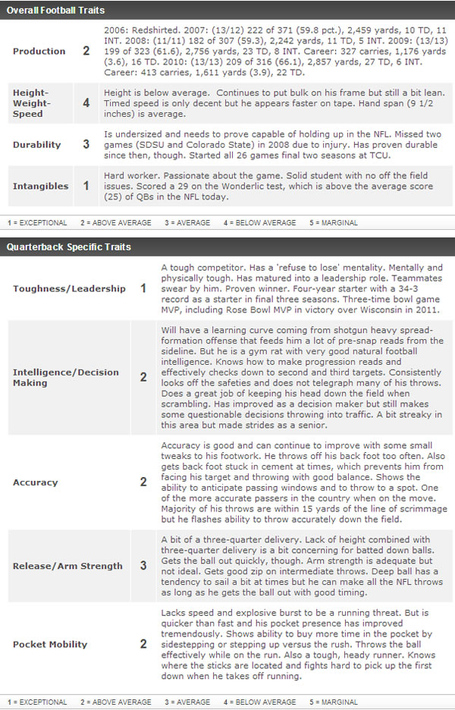