Tale of the Tape: Packers at Bengals

Forget X's and O's. Let's dive deeper into what really matters as the Bengals face off against the Packers this week.

Share All sharing options for: Tale of the Tape: Packers at Bengals

We have talked about how beating the Packers this weekend will be a big step for this team. It can do wonders for a teams attitude when they can beat what the media thinks is a clear favorite. Fans will be pumped adding legitimacy to a good team that needs to take the next step.

Here we have a little fun and matchup the two teams based on keys that may not matter so much on Sunday.

The challenges Bengals fans have faced with Bengals ownership have been well documented. Go ahead, google "Mike Brown Bengals" and countless rants will fill your screen. However, in recent seasons the Bengals brass should be commended on decisions made to strengthen the organization.

The Packers on the other hand are owned by the public. Every so often they sell shares so that the average fan can become and owner of their favorite team. Pretty cool right? No. For 250 dollars you essentially buy membership into a fan club. You get a pretty little certificate that states you own shares in the Packers and the benefits end there. 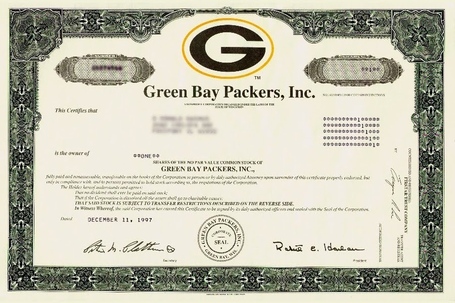 You don't share in profits, you can't sell or cash in your share and if the Packers are ever sold, you get nothing. The Packers even spell it out on their website:

COMMON STOCK DOES NOT CONSTITUTE AN INVESTMENT IN "STOCK" IN THE COMMON SENSE OF THE TERM. PURCHASERS SHOULD NOT PURCHASE COMMON STOCK WITH THE PURPOSE OF MAKING A PROFIT.

I get more benefits from my Kroger plus card and that didn't cost me anything.

The Packers are excited for this matchup. This is the first game of the season where they are not facing a "mobile" quarterback. It is true, Dalton does not run like Colin Kaepernick or Robert Griffin III. He does however have just as many weapons on offense.

While the Packers defense thinks they can pin their ears back and get after the quarterback, I am here to remind you of two things.

1. This is a defense that last season gave up about 340 yds a game and has already given up 54 points this season already.

The Bengals defense is coming off a great prime time performance against the Steelers and is going to be the difference in this game. Disrupting the Packers offense and keeping the Bengals in the game into the 4th quarter will allow the team to pull out the victory.

No contest here. Rodgers is one of the leagues premeire passers. He dominates Dalton in all stats. The one stat that Bengals fans are hoping to see Rodgers top Dalton on Sunday is interceptions.

So far this season Rodgers has only tossed 1 pick. With the amount of attempts he has, the defensive line has to have their hands up and the secondary needs to be ready for any tipped passes. I predict the Bengals force at least one interception. The last time the Packers were in town the secondary had 5.

I do a simple search. First I google "idiot Packers fan" and this dominates the first row of image results: 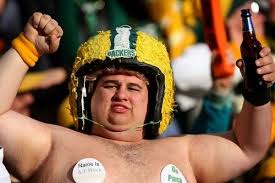 The I do the same search replacing packers with bengals: 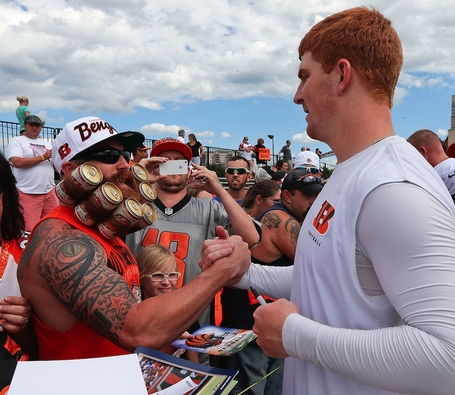 His methods may not be practical, but that Bengals fan photo is filled with all kinds of awesome.

In what has to be some sort of conspiracy, the Bengals face the third NFL team i a row that does not have a Cheerleading squad. I may write a letter to someone... 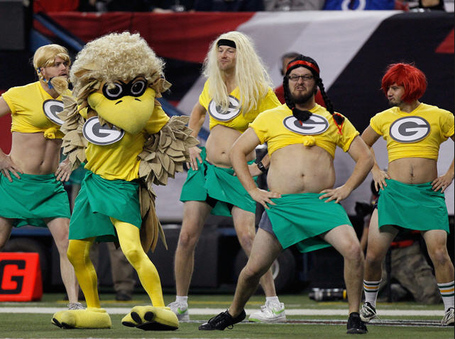 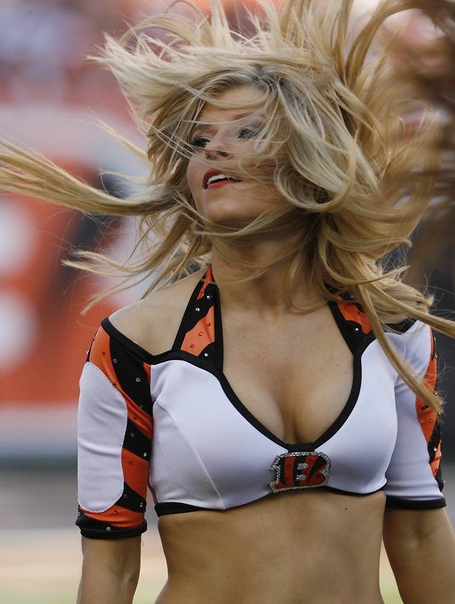