Lewis: "We're going to do everything we can to win"

The Cincinnati Bengals aren't resting on their laurels. In fact, they're planning to play the game this weekend with a must-win mindset.

Share All sharing options for: Lewis: "We're going to do everything we can to win"

In fact, it's a win at all costs type of weekend.

"It’s a big game for us. We don’t know what it’ll mean until it’s over, and really not until later that evening, but we’re going to do everything we can to win," said Lewis on Tuesday. "We've got to continue to push forward on offense, defense and special teams, in all three phases, and play better. We know we’re going to play a good football team that has a lot to play for, as we do as well."

When asked to confirm that the Bengals will be full-go, despite having already clinched the division title, Lewis promptly said, "Yes. Full-go."

The remaining postseason scenarios are simple.

Win and the Bengals can't do much worse than the No. 3 seed. If the Buffalo Bills, who beat the Miami Dolphins, take out the New England Patriots, Cincinnati slides into the second seed (if they beat the Ravens).

If Cincinnati secures the third seed, the question becomes, who will they play in the first round? With the first two teams given a bye week, the No. 3 seed hosts the No. 6 seed and the No. 4 seed hosts the five.

The crew at The Phinsider put together an easy to understand chart. 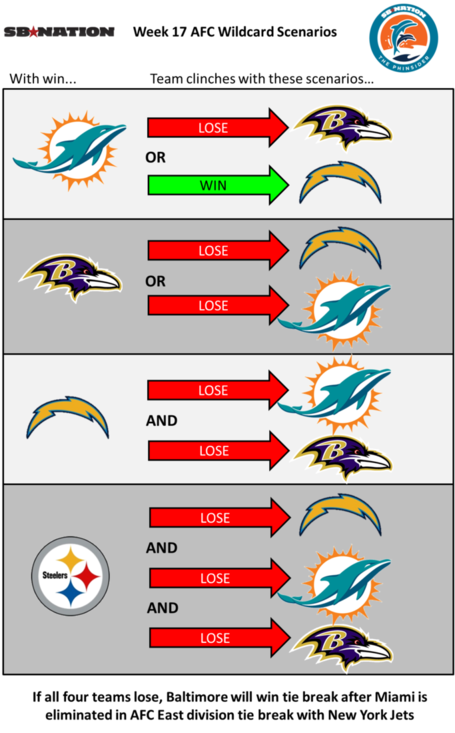