In the final wild card round playoff game, the Packers host the 49ers in a rematch from earlier this season. Let's see what Tecmo thinks the outcome will be. 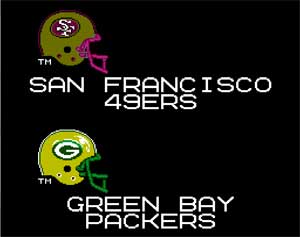 The 49ers start with the ball, and quickly attack through the air. A.J. Hawk helps to slow the drive, but ultimately it ends with a Frank Gore touchdown. 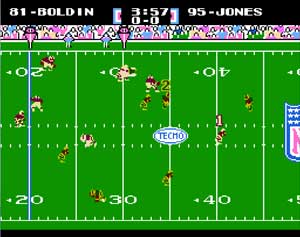 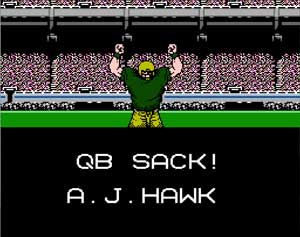 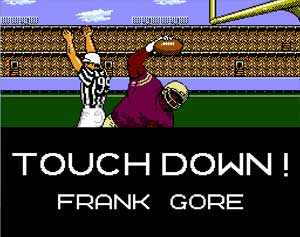 The Packers try to answer with a passing game of their own. Aaron Rodgers finds Randall Cobb for a long completion, but the 49ers defense is playing tough. Aldon Smith brings down Rodgers to slow the drive. 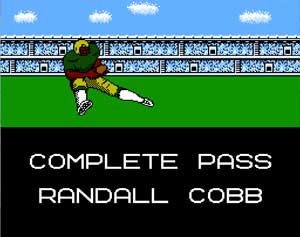 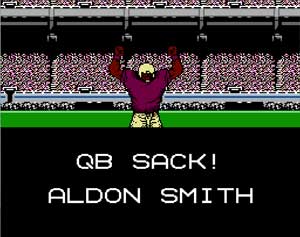 At the end of one the 49ers are on top by a touchdown. 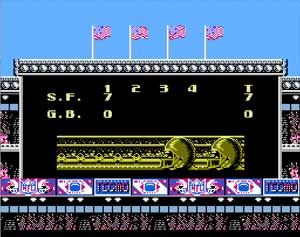 Eddie Lacy fights for tough yards but loses the ball and the 49ers recover. 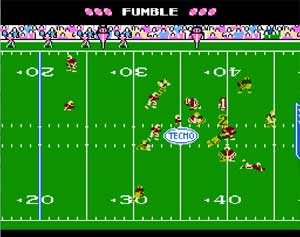 Colin Kaepernick goes on the attack and completes to Anquan Boldin and then Michael Crabtree for the touchdown. 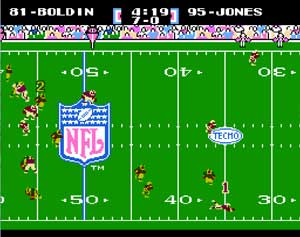 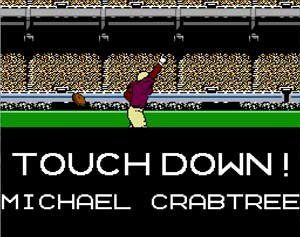 On the Packers next possession they can't seem to find any groove and are forced to punt. 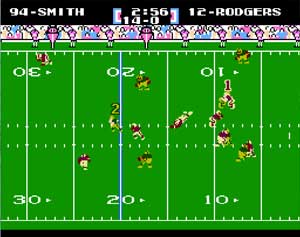 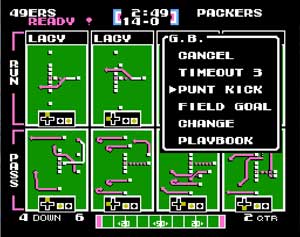 The running game for the 49ers takes over. Kaepernick and Frank Gore combine for huge gains and add another touchdown. 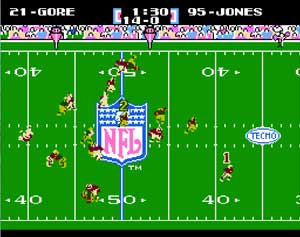 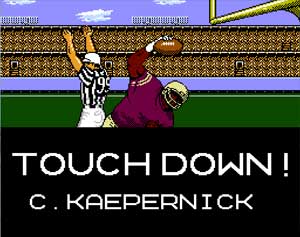 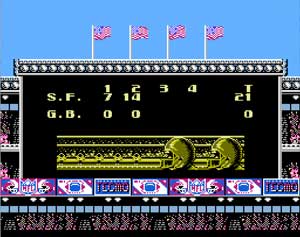 The Packers come out after the half gunslinging. Rodgers hits Randall Cobb for a huge gain and then Jordy Nelson adds the touchdown to get the Packers on the board. 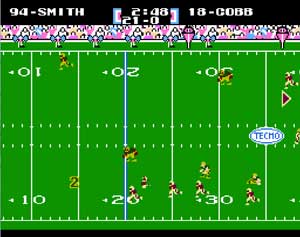 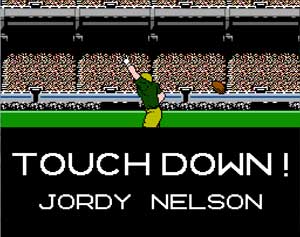 In a rare Tecmo occurrence, the Packers miss the extra point attempt. 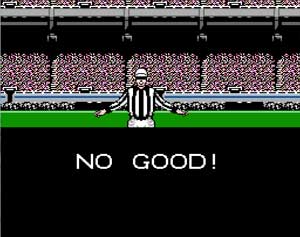 The Packers defense holds the 49ers and they are forced to a field goal. 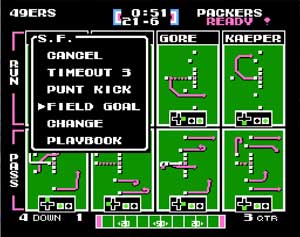 On the next drive, the Green Bay loses Randall Cobb to injury. At the end of the 3rd the score is 24 - 6. 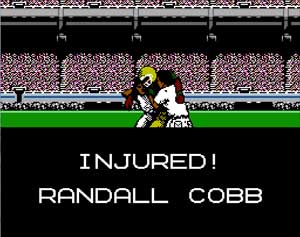 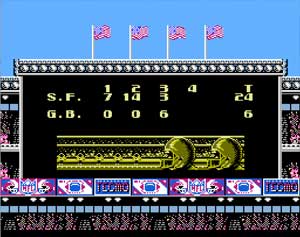 Aaron Rodgers rushes for a score to bring the game closer to start the 4th. 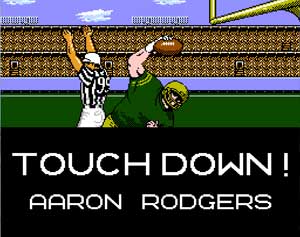 But the 49ers run game proves to be too strong as Frank Gore adds another touchdown. 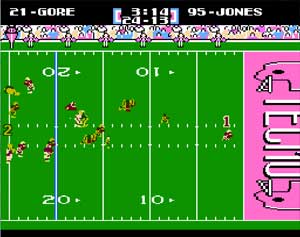 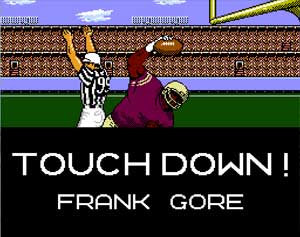 A 49ers safety adds to the San Fran lead. 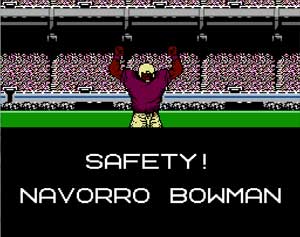 However a fumble on the kickoff gives the Packers the ball. They capitalize with a touchdown strike to James Jones. 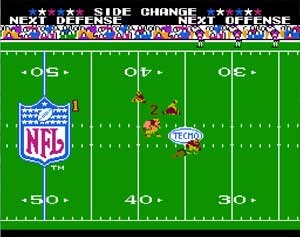 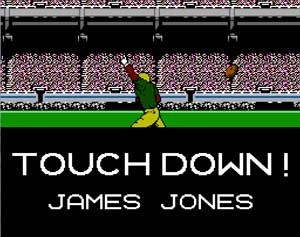 It proves to be too little too late as the 49ers advance to the next round of the playoffs. 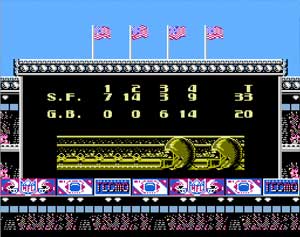 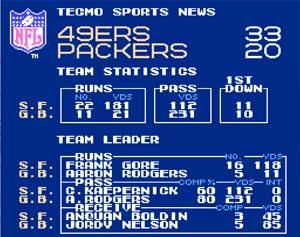