Bengals safety Taylor Mays listed as out against the Dolphins

Bengals safety suffered a second quarter shoulder injury against the New York Jets that will force him to miss Thursday's game against the Miami Dolphins.

Share All sharing options for: Bengals safety Taylor Mays listed as out against the Dolphins

The Cincinnati Bengals had just secured a 22-point lead when Marvin Jones' hauled in his third touchdown in the first half. It goes without saying that the New York Jets wanted nothing else to do with the Cincinnati Bengals when the second quarter was close to expiring. Rookie quarterback Geno Smith took the shotgun snap and handed off to Bilal Powell with nine seconds remaining, who cut through the line of scrimmage for a seven-yard gain with safety Taylor Mays dropping Powell to end the first half. 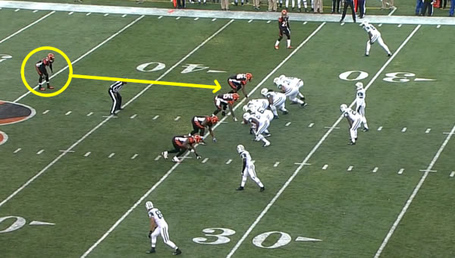 It appears that Mays led with his shoulder, suffering an injury not unlike Emmanuel Lamur's season-ending shoulder injury during the preseason finale.

The team already announced on Monday that Mays won't play against the Miami Dolphins this Thursday. Bengals play-by-play voice Dave Lapham said on 700 WLW's Bengals Line that he doesn't think the injury is good (not that injuries are ever good).

Despite the fact that Leon Hall suffered a torn Achilles against the Lions, he was listed as out against the Dolphins and will continue to be listed as such until the team places him on season-ending injured reserve. Defensive tackle Devon Still and linebacker Rey Maualuga are also out -- Maualuga wasn't officially listed as out, but we're assuming so based on Monday's report that he could miss three weeks.